I don’t know if you’ve noticed, but people are angry out there. I mean, like REALLY ANGRY.

It’s no surprise. Between the pandemic, politics, racial injustice, and a long list of other issues and topics, there’s absolutely no shortage of things to be legitimately frustrated and angry about right now.

But, it doesn’t detract from that simple fact: A lot of people have a lot of anger and frustration pent up right now.

And that’s impacting how companies handle and manage social media marketing in a big way.

What am I talking about? Case in point #1: McDonalds.

In Feb., McDs ran a campaign named CHKNDrop to promote its new chix sandwich. One of the executions was this tweet, urging fans to visit a web site where they could grab some branded merch:

Unfortunately, this did not go well for McDs. The merch sold out almost instantly (or, before noon, as many claimed) and people were outraged. The following responses were pretty common in the thread to this tweet. 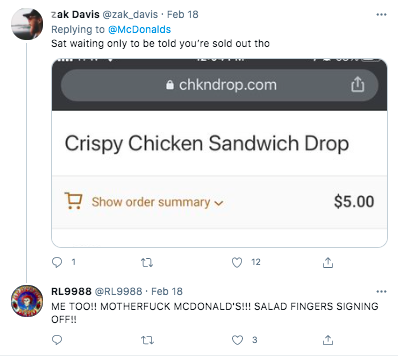 Now, I realize people have always complained on the internet and social media, but the tenor seems to have shifted lately. It’s meaner. It has a bite to it. People are angry–and it’s coming out sideways on social media.

Just last weekend, they ran an interesting campaign where they used deepfake technology (on trend) to recreate the likeness of Bob Ross and his show, “The Joy of Painting”. In the “lost episode”, deepfake Bob created landscape with a Mountain Dew bottle in it. Cheeky. Fun. And different. Right? (here’s the full episode if you’re interested):

Not so fast, said the internet.

The comments were fast and furious around one specific issue. 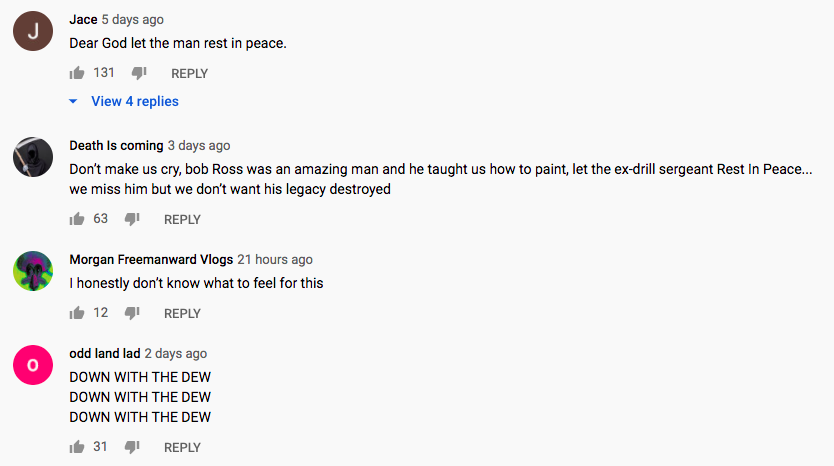 Again, anger. Outrage. About a Bob Ross deepfake ad on YouTube? This is what we’re getting angry about now?

And here we are. In 2021, we’re all marketing to customers who are inherently angry and frustrated with the world around them. Not all customers–but, a decent chunk of them. And, that anger is spilling over into brand posts like these frequently.

Some brands seem to be caught off guard by this. Mountain Dew, for example, seemed to be caught a bit flat-footed. They didn’t respond to many (any?) of the negative comments in the social posts I saw. I’m sure the thought process was “This is going to be great. Deepfake Bob Ross is going to CRUSH!” But, what they didn’t consider was scenario #2. The scenario where customers who are already frustrated by life lash out at a company who was perceived to be taking advantage of a dead celebrity artist.

It’s the world we’re not living in, and brands need to start planning for it.

Basically, I see this as PR scenario planning 101. Any time a company plans to launch a campaign like this, they should really sit down and consider how customers might react. Think about best case scenario (Awesome! This is so great! I love Mtn Dew!), and then think about worst case scenario–and everything in between (You’re killing Bob Ross all over again!).

Brands need to consider these scenarios, because they’re playing out in front of our eyes every single week. Think about Hasbro’s recent announcement about Mr. & Mrs. Potato Head—think that went as planned? They announced it during an earnings call! They were expecting huge positive buzz! And, what they got instead was a PR/reputation disaster.

This is social media marketing in 2021. Marketing to an angry, frustrated and emotional customer base.