Rethinking how to introduce a new CEO to employees

In case you haven’t been reading the Star Tribune business section lately, there’s been a rash of CEO turnover in town.

General Mills has a new CEO.

US Bank has a new CEO. 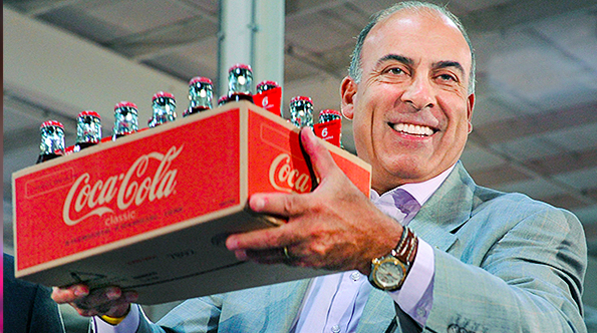 That’s a lot of CEO transition in one market.

And, it got me thinking: Introducing a new CEO to the rank-and-file employees is a big job. And typically it rests of the shoulders of corporate communications and PR teams.

However, one recent study may mean this job is even tougher than it normally is. APPrise Mobile recently conducted a study that found “nearly a quarter (23 percent) of Americans who work at companies with more than 500 employees are unsure of the name of their CEO.”

What’s more, “a third of workers surveyed (32 percent) were not sure they could identify their CEO if asked to from a lineup.”

Essentially, between 25-35 percent of your workforce may have no earthly idea who your CEO is.

And that’s a problem–specifically for us, as communicators–for three big reasons:

1–Employees want to be led. That’s the conclusion Shel Holtz draws in this post from the same survey–and I tend to agree. Your CEO needs to be recognizable and known because employees need a leader (whether they want to admit it or not).

2–Employee alignment=transformational business value. This quote from the APPrise news release says a lot: “The survey found that only 55 percent of employees at larger businesses feel like they fully understand the company’s mission statement. At the same time, nearly a quarter of respondents (23 percent) stated that they believe they would better understand their company’s objectives if they received more regular and meaningful communications from their CEO.”

3–Job security for communicators. As communicators, you could argue the CEO of our companies is our most important “customer” or stakeholder. Keeping these folks happy and aware of the value we’re providing to the organization is paramount.

OK, so this is a big problem. And, we have a rash of CEO transitions. What steps can and should communicators be taking to ensure these new CEOs are as visible as possible in the first year?

1–Don’t over-rely on electronic communications. Sure, you want to use tools like email and your intranet to get your CEO in front of employees electronically. It’s easier. It’s less time-consuming. And, it’s measurable. But, nothing can replace face-to-face communication–and it’s particularly important when introducing a new CEO. Personality and non-verbal communication just can’t be conveyed electronically very well (or at all, in the case of non-verbal). And, if you have a gregarious, warm, friendly CEO, this is absolutely paramount because employees WILL gravitate toward him/her. They will love him/her. They will follow him/her.

2–Target your internal influencers–just like you would your external influencers. Take a page out of your external PR playbook by using an influencer strategy to introduce your new CEO. Think about it. How do most employees get information about anything–from a friend or coworker, right? Then, why wouldn’t you employee an influencer strategy that targets these people across your organization that influence hundreds (or thousands in some cases) of employees? You may do this already–it’s called “manager communications”. But, what I’m suggesting takes it to another level. Find ways for the CEO to meet-up and talk to these influencers regularly. Communicate with them effectively and make them feel like your CEO is aligned with them, and they’ll (hopefully) pass that message right down the line to rank-and-file employees.

3–Social can be a game-changer. Just ask John Foraker, president of Annie’s. He’s been “blogging” (i.e., posting using LinkedIn Publisher) on LinkedIn for the last few years. In fact, as far as I can tell, he’s one of very few CEOs who use this communications tool (I’ve researched this a bit and haven’t found all that much). Just look at his post on March 29 about how Annie’s went public five years ago–and take a peek at the comments. 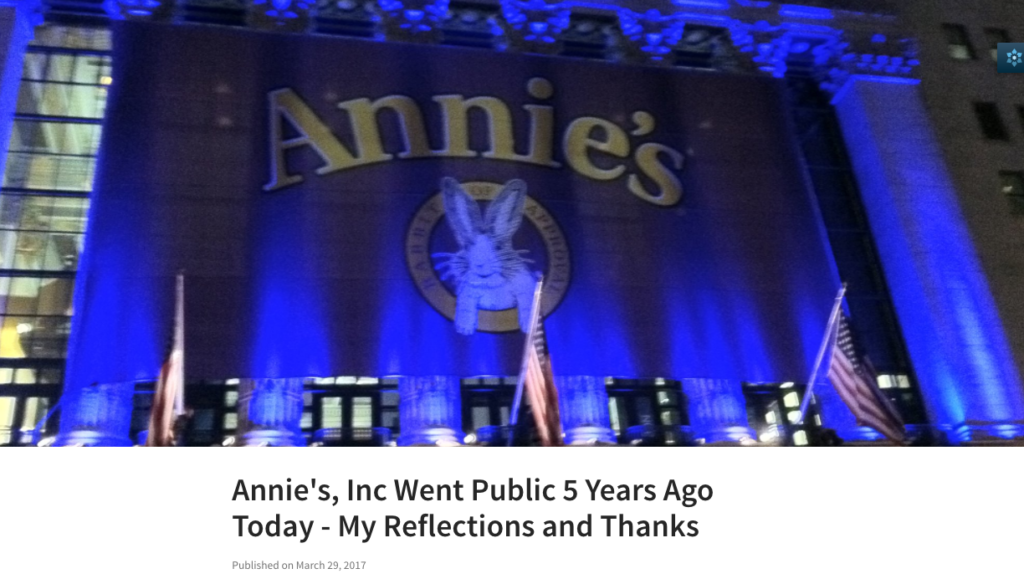 You start to see comments from employees like Amy and Bob.

John is engaging directly with employees on this platform–and it’s not the first time.

LinkedIn provides a huge opportunity for new CEOs to tell their story directly to employees–but also vendors, partners and other critical stakeholders early on.