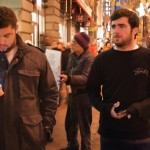 Today’s guest post comes from my friend Len Kendall of GolinHarris in Chicago. I featured Len in a post a couple weeks ago as someone who intrigues me. The post below gives you a strong indication why. Len, the floor is yours…

With the recent popularity of location-aware social mobile networks (geo-somo) such as Foursquare, Gowalla, and MyTown, many brands have been asking, what are (if any) the PR opportunities for engaging consumers by leveraging this technology.

From a local business perspective, the benefits are obvious. Those of us who have been using networks such as Foursquare have started to see the “local deals” and “free X for the mayor of this place.” On a national level, brands like Pepsi and Intel have started promoting themselves in the vain of charity or thought leadership, respectively.

While all of the above certainly caught the attention of the media, the question still remains, are there long-term applications for geo-somo networks for brands and their agency partners? I propose there are. Below is one realistic scenario which I’ll share with you. (Since so many blog posts in the world of social media are philosophical, I’ll try to make this as realistic as possible.)

Right now, brands experimenting with Twitter hashtags are a dime-a-dozen. That isn’t a slam, just a growing reality. With the right incentive, this kind of campaign can yield a high level of awareness for a product, BUT it also will be in heavy competition with the other hundreds of daily hashtags flooding twitter.

Generally speaking, companies encourage twitter users to participate in hashtag contests because they want to grow conversations around their brand or product. The more people that participate, the higher potential for transactions (profit). This model is generally based on the idea that by taking a very simple action (sending a tweet) a consumer will be rewarded with a chance to win a really big prize. Using the example of Moonfruit, back in mid 2009, were giving people a chance to win Macbooks for tweeting a message along with a designated hashtag.

Enter geo-somo. Using Foursquare as an example, you’ve got a framework where people “check-in” to real locations and are able to also attach a message to that check in (which also can then be syndicated to Twitter or Facebook). Based on this ability, why not host a hashtag contest (if you want to call it that) that doesn’t reward a simple action with a chance to win a big prize, but rather a more-involved action with a guaranteed reward?

Let me illustrate with an example, one that involves a large brand that doesn’t involve a brand that has “local” outposts. (Because I know the devil’s advocates out there will point out the fact that Foursquare can only be used well by companies with physical locations.)

The example company is going to be Netflix. What’s their goal? To get more people to watch movies, especially instead of going out to movie theaters. Now they obviously offer free trials to people who want to try out their service. But they’re not interested (in this hypothetical) in everyone; they want to target people who are avid moviegoers.

Go to the movie theatre, check-in on Foursquare, and include the following in your message. 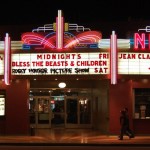 Why you want to see it.

Those posts need to be sent to Twitter creating a public record of consumer participation in the contest. In exchange for participating, users get X months of free Netflix. Upon sending out the tweet that shares the fact they are in/around a movie theatre, an automatic link will be generated in response to that individual (by Netflix) that will give them the opportunity to log in using OAuth (a Twitter authentication tool) to get their free trial, along with checking off various legal requirements that can’t be forgotten in this kind of promotion.

Rewinding a bit, let’s review what is taking place during this process.

1)   You’re actually growing your business by encouraging people to be patrons of a business that is in direction competition to yours.

2)   Participants are being asked to comment, not on how much they love your product, but rather what they enjoy about their film experience.

3)   They’re sharing a hashtag (a very recognizable entity among users of Twitter and Foursquare) with their connections within a social network that generally does NOT contain them. This addresses the earlier issue around overuse of hashtags. 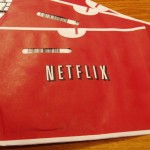 4)   Netflix is potentially benefitting from a much higher level of word of mouth. While Twitter is a network composed mostly of people we don’t know in real life, Foursquare is one that many reserve for people they know fairly well (since it shares specific location data). Closer friends = Stronger Recommendations.

5)   In case you missed the piece in the New York Times about a week ago, Netflix LOVES location data. Just look at this map of what movies are being rented in major cities. If this kind of effort goes into analyzing current customers, there’s no doubt that new customer data will get just as much dedication.

This post attempts to go into the nitty-gritty of brainstorming campaign ideas. Many times, people are spurred into creative thinking by being asked questions. In this case, I wanted to show you an example. Far too many times, brands will implement an idea based on the success of others and assume it will work just as well for them as well. It might, it might not. Either way it’s costing money.

My hope is by seeing this example of how to use a tactical tool like Foursquare for something that it typically isn’t used for, it will help you think about all the items you have at your disposal for your marketing efforts that also can be used for something THEY’RE not intended for. Aside from the rather obvious “invention” one of the pillars of creative thinking is reconfiguring something that already exists.

Looking forward to your, Netflix’, and Redbox’ thoughts on this particular reconfiguration.

Len Kendall is an account supervisor at GolinHarris Chicago within the Dialogue Group helping lead the agency into the realm of digital PR. In his downtime he can be found blogging at Constructive Grumpiness and MarketingProfs where he tries to lend his innovative thinking to help improve brands, products, and experiences. He is a passionate traveler, skier, and scrabble fanatic with a love for the city of Chicago, its people, and its prowess in the tech community. Follow Len on Twitter.