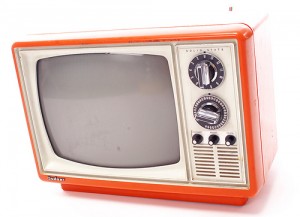 Today’s Rant is from Gregg Litman, producer at local broadcast outlet, WCCO. I’ve come to know Gregg recently more through Twitter and our shared affinity for the Purple (Vikings). Gregg’s one of those media folks who has embraced digital tools as a way to do his job more effectively–and efficiently. Today, I wanted to give Gregg this space to share his thoughts about how social media is impacting his world.

If you’ve invested hundreds of dollars on a flat screen, you probably have some interest in the future of television, so you can imagine how much I care, after investing my entire career in the industry. For years, that future has looked bleak, with audiences shrinking and revenues falling – but a recent trend gives me reason for hope. And it looks like Social Media may actually be part of the solution, not part of the problem.

Where did the viewers go?

Every year, viewers get more choices, and the TV audience gets smaller. Viewers who used to choose between a few local broadcasters are now segmented between hundreds of cable and satellite channels, rental movies, on-demand video, online video, video games, and other entertainment options – not to mention people who skip the commercials by time-shifting with DVR’s.

In some ways, those DVR viewers are the most troubling, because they watch the programs, but not the commercials. And I have to admit that I’m one of them. It saves time. I can start watching a 7:00 Timberwolves game around 8:15, catch up to the live action just in time for the final minutes, and all I miss is a bunch of commercials. Worse yet, I start watching our 10:00 newscast around 10:10, and after skipping the commercials, I’m still done by the time the show ends at 10:35. Which raises the question, if I’m not even watching the commercials on my own station’s newscast, how can TV survive? How can we maintain audiences, and retain revenues?

The LA Times reports that ratings for this year’s Grammys, Golden Globes and Super Bowl were all way up, and suggests Twitter traffic might be responsible. I not only buy the theory, I believe it applies to non-event TV, as well.

I’ve personally changed my viewing habits. Strange as it sounds, tweeting during a live TV show is fun. I’ve found myself skipping the DVR in order to watch and tweet about the #Vikings and #Gophers. It’s a way to interact with friends – “be part of a party” as the Times story indicates. And it looks like tweeting means value-added viewing for other users, too – I’ve noticed plenty of people doing it for shows like #Lost and #Idol.

Why is this important? Because you have to watch the show (and its commercials) in real time in order to do it. At minimum, it’s a way to revive ratings, and possibly the first wave of interactive TV. At best, it’ll become a way for broadcasters to identify and connect with their most engaged and involved viewers.

Will this just be a fad, with a limited number of early adopters, or will tweeting and television go hand-in-hand into the future? Will broadcasters find a way to identify and target these highly engaged viewers, or even host their conversations, the way Mullen hosted #brandbowl during the Super Bowl? I’d love to hear your thoughts. No matter what, though, all of these possibilities have me feeling a lot better about the future. 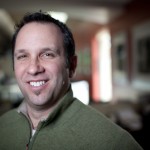 Gregg Litman is the senior producer of news and sports at WCCO-TV, where he writes and produces more than 200 newscasts per year, field-produce reporter packages, create special reports, and manages sports department. You can find him at @grlitman.