I met Chuck Hemann about five years ago while he was working at a small firm in Cleveland named Dix & Eaton. I got to know Chuck through our common interests in PR and sports (he’s an Alabama fan, I’m a Gopher fan–you do the math on who comes out better on that equation). We also co-organized the Social Media Business Summit track at BlogWorld together for a couple years. Since then, Chuck’s career has skyrocketed (and that’s actually putting it mildly). So, this Rock Star write-up is actually very much overdo. I’ll let Chuck tell the rest of his story… 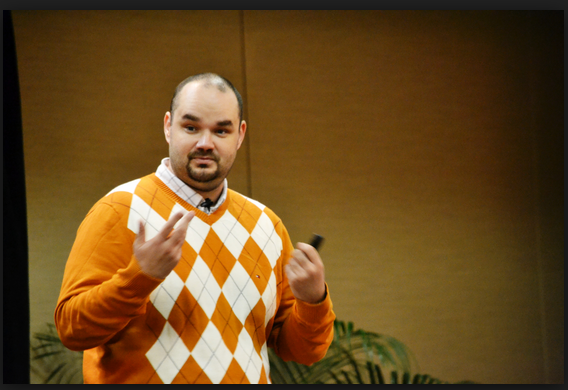 You recently penned a book with friend Ken Burbary, Digital Marketing Analytics. What has writing a book done for your career trajectory?

The book was a project that we both wanted to do at some point in our careers. That point just happened to be in the last year. If you search on Amazon for analytics books you’ll find thousands of results, but most are written for people like me. We wanted to write the analytics book for the person who isn’t an analytics geek, but needs data to measure performance, develop smarter content and ultimately demonstrate value to the business.

It’s hard to put my finger on what it has done for my career aside from more invitations to lend quotes to books, blog posts and speak at larger events. From a firm perspective, though, it has proven useful as analytics is something we preach in every meeting with clients. It helps to be able to pull out a book on the subject.

Since leaving Dix & Eaton (small firm in Cleveland) in 2010, you’ve worked for many of the biggest firms in PR and marketing (WCG, Olgilvy, Edelman and back to WCG). You seem to have found a home now in WCG. What is it about WCG that separates it from other agencies?

For an analytics guy (or gal) there is no better place to be than at WCG right now. We’re the global analytics partner for P&G, along with many other large brands. These brands push us to innovate every day. Not only do the brands value the work that we do, but the firm itself has placed a premium on developing the best-in-class analytics offering in the business. There are few things better than working for innovative clients and for a firm that values what you do.

You’re the group director of analytics at WCG–that’s a fairly narrow, and at this point, rare, title. If I were a 22-year-old graduating from school, how would I go about working to get a job like yours?

I was actually very lucky to land in this job. I started my career in politics, but then found a traditional media research role with Dix & Eaton. When I met the guys at Radian6 for the first time in 2007 I realized I wanted to move almost exclusively digital. The best piece of advice I could give to a 22 year old would be to keep your eyes open, and never be content with the status quo. I could’ve stayed doing traditional media research forever, but that wasn’t where the market was moving. Similarly, the analytics space is evolving at the same rate of speed as digital media, which forces practitioners to be constantly looking around the corner for what’s next.

When I speak to students, I tell them if they want job security to go into digital analytics. As someone who’s lauded as one of the thought leaders in that space, is that statement accurate?

1,000% yes. You couldn’t be more right. There’s a real dearth of young analytics professionals on the market right now. We’re always on the hunt for quality talent, and I know many other firms are as well.

I see you speaking everywhere these days! It’s amazing how far you’ve come since we met in 2008-09. What are some of your best tips for agency folks who, like you, spend a lot of time on the road?

Spending a lot of time on the road is just part of this job. Being in person with clients cannot be replaced by telecon or video con, no matter what some may say. Everybody has their own travel routine so it’s hard to give tips, but I would say pick your favorite airline and hotel chain and stick with it. Doing so eventually pays dividends.

You’re also a fellow in the prestigious Society for New Communications Research. How did you land that role, and what has your involvement in that organization meant for you professionally?

I was involved a couple of years ago, and that opportunity came through Katie Paine. It usually involves a research project, along with participation in a few conferences that the organization puts together. Some very smart people are members of the organization, and its a privilege to say that I was a part of it for a short time.

I wish I had a good story for how I got into analytics, but it was total luck. I sent my resume to Dix & Eaton for a communications role, but they wanted me to do media research. Because I needed a job I took it and the rest is history. Definitely a happy accident. I had done some primary research in graduate school with a policy center, but never thought of making it a career.

Straight answer: In theory, what would be the biggest sporting event to attend in your life? 1) A game seven of a Cavs NBA championship run (WITHOUT LBJ), 2) A four-peat from the venerable Alabama Crimson Tide at the Rose Bowl, 3) Watching Tiger win the grand slam at the PGA Championship, or 4) Attending a Super Bowl in which the Cleveland Browns were playing (notice I didn’t say they had to WIN the Super Bowl!).

Wow. This is an impossible question. I suppose I cant answer with “all of the above?” If you forced me into one, I would probably say Alabama winning four titles in five years. I love the Browns, but Alabama is my first love. As for the other two I would love to see Tiger do that to quiet his (professional) haters, and I am just now recovering from the LBJ debacle so it’s still too soon to embrace anything related to the Association.