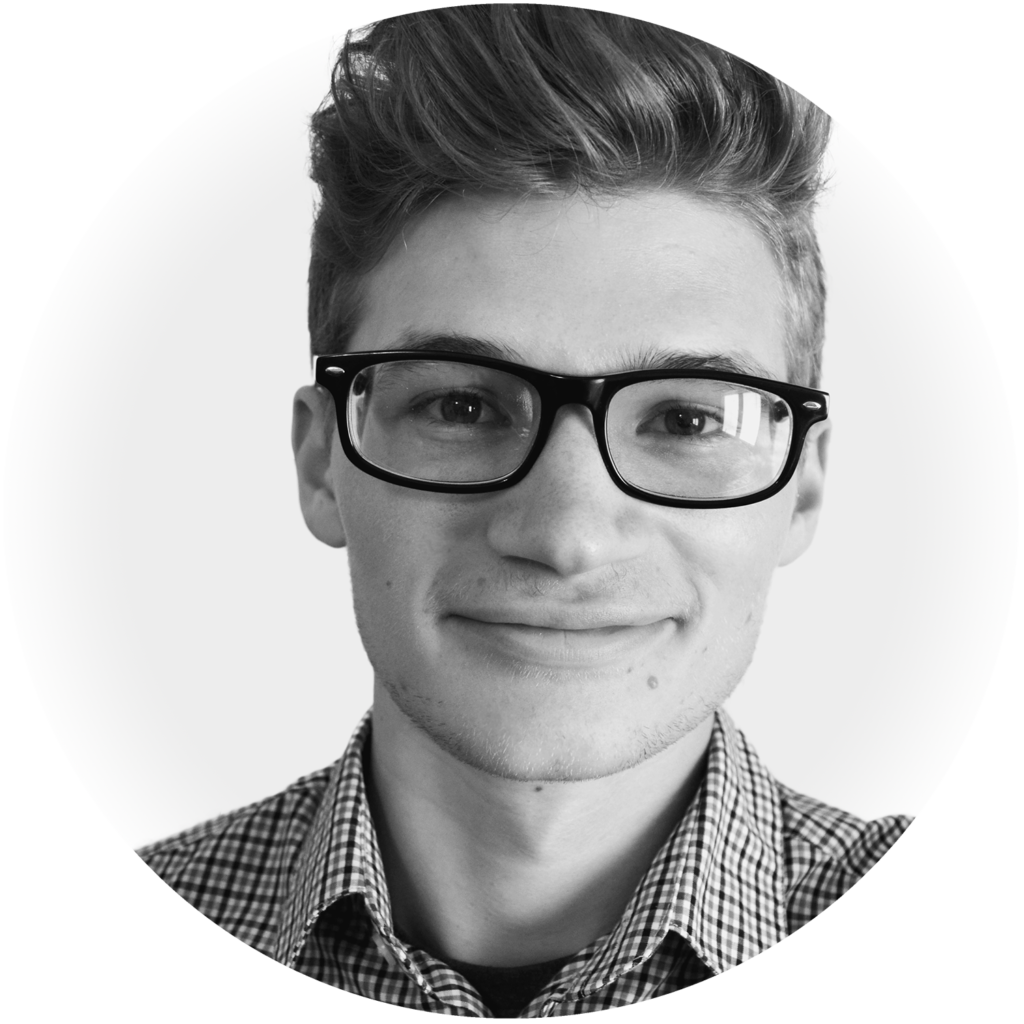 As many of you know, I’m a Winona State University grad. And while I have certain loyalties to the U of M, and my Kansas Jayhawks, I bleed purple and I’ll always think of Winona State as my college home. So, whenever I get the chance, I try to highlight the great people here in the Twin Cities who also call themselves Warriors. Zach Spanton is one of those people. Zach’s a recent grad (2017) who I met a couple years ago during one of my many visits to the WSU campus. Most recently, Zach earned the prestigious MN PRSA Willard Thompson Scholarship–a first for a WSU student! That was more than enough for me to feature him here today. Let’s hear from this rock star grad.

Winona was the sweet spot for me. Growing up in a town of 3,500 in South Dakota, I wanted new experiences in a place that was a bit bigger, but not too big, and far away, but not too far. Once I visited, I fell in love with the place. After getting settled, the people and professors I met confirmed that WSU was the fit for me.

I found I was able to learn what I liked and didn’t like along with building valuable skills. During my internships, I was able to try my hand at many tasks including writing, research, design, photo/videography, and project management. Either there aren’t as many internships out there involving just getting coffee, or I lucked out. Even at a campus job unrelated to my field (I made a lot copies there) I had opportunities to practice certain skills, like designing posters and writing. Being able to transfer and grow those skill sets from each job built me a foundation that jumpstarted my career path.

Besides learning a lot at my internships, it kept me in the mindset that I was working toward something. It made me understand that everything wouldn’t magically fall into place once I graduated. I had to work for it and plan while I was finishing my studies so I wouldn’t be left high and dry on graduation day.

You’ve made the transition to full-time work pretty well. However, many students in the PR and marketing fields do not. Why do you think that is? And, to what do you credit your success in that transition?

It’s hard to say why that is. I have friends who weren’t as lucky as I was leaving school. Getting a good amount of experience before graduation likely gave me an edge though. I can also give credit to persistence, networking, and of course a bit of luck. I made an effort to follow up with people I met in the field and transferred skill sets from one experience to the next, ultimately leading to my internship at Metre, the ad agency I work at full-time now.

I should also stress the importance of confidence, or at least the fake-it-til-you-make-it version. Some people looking from the outside in might be surprised to hear I was pretty scared most of the time in my college journey. Being able to choke it down and keep pushing myself was key to helping me get to where I am.

So many people talk about finding that first job out of school and how hard that can be. But, fewer people talk about the life transition from college to full-time work and how that impacts your life. Talk about how you’ve made that transition and tips you might have for those who will make it in the years ahead. 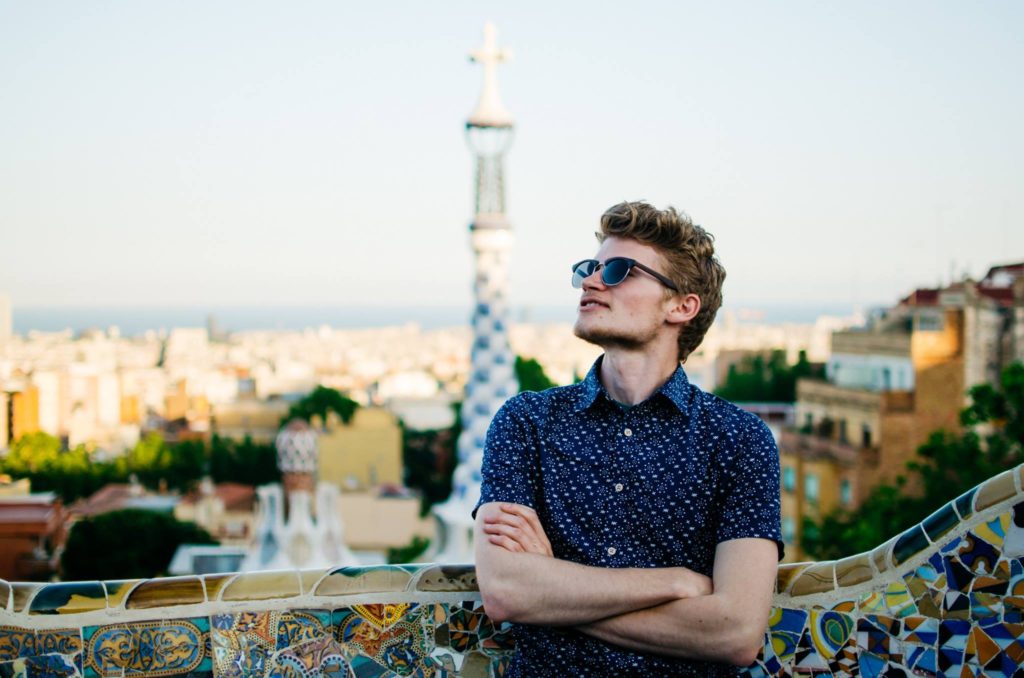 It’s definitely a different environment! Transitioning from going between classes, clubs, and a part-time job to being in the office most of the day is a big change of pace. There are still a lot of deadlines, but with more serious consequences 😉 And there aren’t any clear guidelines of what you’re supposed to do. You kind of have to figure out a lot on your own.

So, I’ve tried to carry things into my career that helped me at school: I stay in touch with contacts and those I can learn from, I keep the mindset that I’m still learning and always will be, and I set deadlines and milestones for myself.

On top of work, there’s also life outside of work. To those who will be walking the same path I’m on, I would say to work hard and take the advice I listed above, but enjoy your free time, explore your new surroundings, and take time for interests and hobbies. Personal growth is as important as professional growth.

You recently made the decision to move from your job in LaCrosse, Wisc., to Minneapolis. That’a big shift! Why the move? And what are you looking forward to most about living in and working in Minneapolis?

Once I decided what field to go into, I knew I’d ultimately want to transition here after school. It’s a place not far from what I’m familiar with where a lot of talented and helpful people live who I can learn from. So, as I was nearing graduation, I talked to the owners of Metre, where I was interning, and expressed my interest in moving to Minneapolis. It just so happened they were wanting to build up the satellite office there. (Again, where a bit of that luck played out).

I’m most looking forward to getting into the local culture (I can’t say the beer and biking have disappointed), seeing what exciting new projects come up, and meeting more people. It’s only just begun!

You also recently earned the Dr. Willard Thompson Award as part of the annual MN PRSA Classics Banquet. Congratulations! Can you talk a little about what this honor means to you and how (if at all) it’s impacted your life in the last couple months? 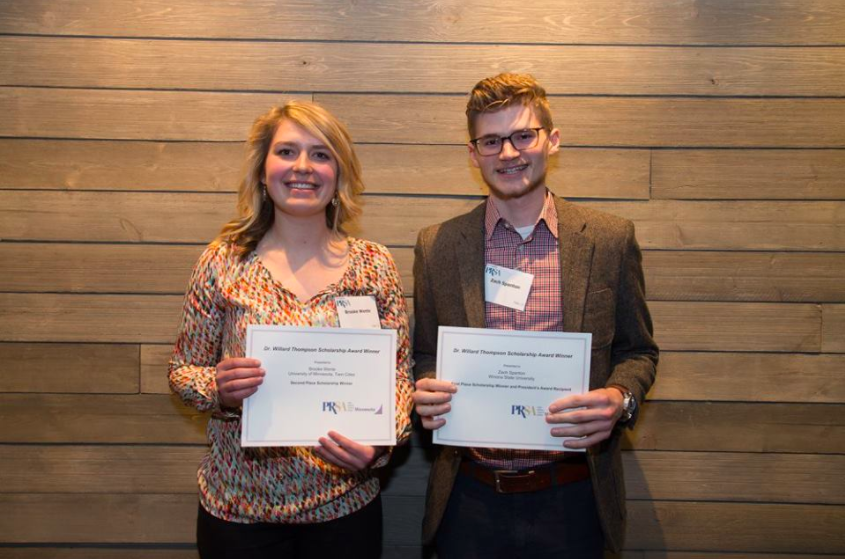 Receiving that honor was a huge boost to self-confidence right before graduating. It felt great to represent WSU when that honor is usually snatched up by UM students. It’s taught me to be confident in my abilities, and to always keep pushing myself.

At the Classics, I saw familiar faces and met many great people who were all willing to chat with me, share their experience, and offer advice. Since then, I’ve met with two of them again and have two more meetings in the works. One of the best parts was getting to have lunch with Heather Cmiel, MN PRSA President. She’s one of the kindest, most helpful, and personable professionals I’ve met. Overall, this honor really helped me build a support network that I plan to grow.

You were also very active with PRSSA at Winona State, serving on the board, leading tours and in general, volunteering a ton of time your sophomore-senior years. Why made you do that, initially? And, do you think all that time and effort was worth it? Why or why not?

Honestly, in high school I wasn’t involved in a lot of extracurricular activities, and I wanted to change that in college. Once I had chosen PR as a major my sophomore year, I figured it would be smart to join PRSSA and learn more about the field (because it still seemed like a total mystery). Once the opportunity to apply as an officer came up, I wrestled with the decision for about a week before finally sending the application off last minute.

The time and effort was absolutely worth it, because it forced me into a leadership position where I had to learn a lot. The responsibility of making sure the club was worthwhile for everyone helped drive us. Creating those opportunities to learn together as a group and to go off and meet professionals in the field was invaluable.