The first thing I noticed upon meeting Maggie Lamaack is this is one woman who’s not afraid to speak her mind. Or, share her loves (Hello–Tay-Tay! More on that later). I’m drawn to people who aren’t afraid to share their opinions or perspectives–even if they run contrary to popular opinion. And, I also tend to like people who just kinda march to the beat of their own drummer. I’m not sure Maggie would describe herself that way, but I say that in the most positive way. So, it came as no surprise to me at all when she won the MN PRSA Young Professional of the Year a couple weeks ago at the MN PRSA Classics event. 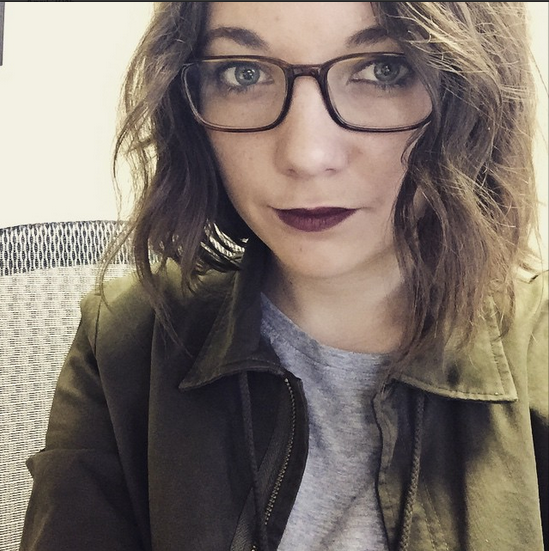 Let’s just get to the big question right out of the gate–you won the MN PRSA Young Professional of the Year last week at Classics. What does winning this award mean to you?

I didn’t get to give a speech at the ceremony because I was the PRSA committee member in charge of the script this year and wrote in, “Maggie walks on stage, accepts award and walks away as fast as possible.” (Just kidding, sort of.) But if I had given a speech it would have been about how fortunate I have been in my career to work under talented people who have given me the opportunity to grow both personally and professionally, and haven’t fired me for tweeting about Taylor Swift too much.

When I first started in PR, I always felt a little out of place. I would go to interviews and hear a lot of feedback that I was too shy, or too quiet to work in this industry. It was a fair assessment at the time, and now I can even go to networking events without feeling nauseous beforehand! But I think to me this award really proves that if you do good work, any personality type can make it in this profession.

You’ve worked for two smaller PR shops in your young career (Bellmont Partners and McFarland Cahill). Do you think working for smaller PR firms has benefitted you early on in your career? 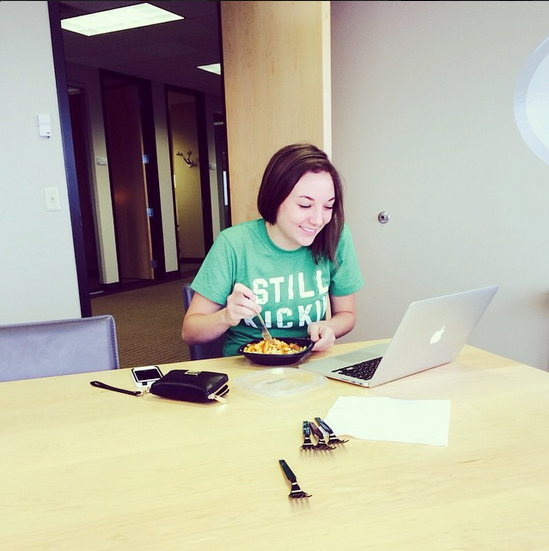 Working at small agencies has given me so many leadership opportunities I may not have had otherwise. I have never worked at a large agency, but I think it is safe to assume I would have had less responsibility earlier on in my career. Having face time with clients and running entire events with the help of one or two other people has taught me a lot about this industry in a very short period of time.

It’s also fun to know all of your coworkers. Everyone at Bellmont is very different, but we all get along great. I think I would miss that.

You also take time to serve as the editor of the popular LOL/OMG blog here in the Twin Cities. Why do you make the extra time for that work? And, how has it helped you in your “day job” at Bellmont?

Writing for LOL/OMG Blog was one of the best professional decisions I ever made. I started my #MSPtweeps column around the same time I started working at Bellmont. I am so lucky that I work for people that encourage their employees to have outside interests.

Writing that blog each week allowed me to start writing for other outlets like City Pages, Vita.mn and the Flyover. I landed my first City Pages cover story through a tweet I sent about how someone should write an article about the normal people on Twitter.

In terms of how it helps my real work, I have met so many journalists and members of the media through social media. I think I have more “Internet” friends now than I have “normal” friends. While those relationships are valuable, I also think keeping tabs on what is happening on Twitter is so important. It keeps me informed and teaches so much about human behavior, which easily translates into my day-to-day job.

At BPR, you’ve had the opportunity to work on some pretty interesting and fun accounts. I know you can’t play favorites publicly, but what’s the one piece of business you’ve worked on that’s been professionally fulfilling? 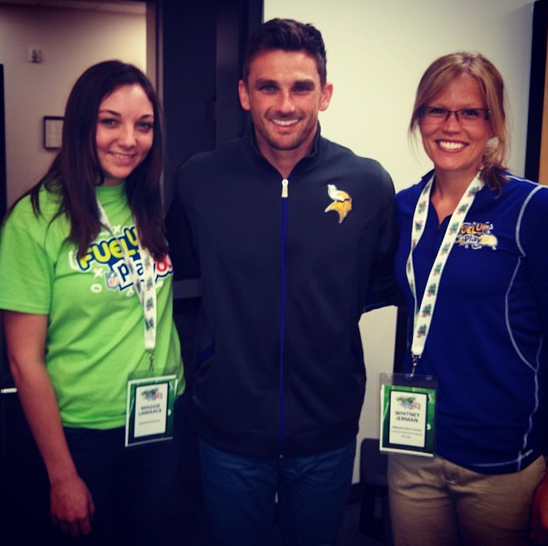 Right now we’re in full on event mode, supporting the planning and implementation of nine Fuel Up to Play 60 Reward Summits throughout the Midwest for our client the Midwest Dairy Association. I will be traveling a lot over the next month, putting on events to reward students for their work throughout the school year.

I was recently talking to one of our clients on the phone and she was telling me how excited all of the kids were to come to these events, and get to meet a real life NFL player. It’s easy to get caught up in all the work and tiny details, and kind of forget you’re creating an event that these kids are going to remember forever. That is pretty cool.

I’m no math major, but by my count you had FIVE internships while you were still in school at the University of Minnesota! How do you feel those internships prepared you for your first ‘real job’? And, based on your experience, do you think multiple internships is a must for today’s student given the hiring landscape?

It’s funny, because at the time I never thought five internships was a lot. When I graduated from college I still had a hard time finding a job.

I learned more about PR in those internships than I did in college (no offense, U of M). I think there should now be college classes about how to send emails correctly, because it’s things like that that make internships so valuable.

Now, getting a job is more about who you know than anything. So, building those relationships within the industry is important, and internships are a great way to do that.

I don’t think I’m breaking any news here when I say you’re a fairly big Taylor Swift fan. So, the question is: Do you prefer pop star Taylor Swift or country icon Taylor Swift? 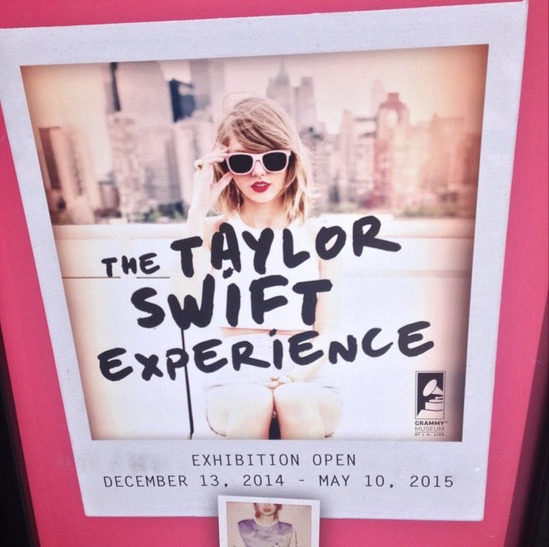 I also think Tay is a PR genius. I’m sure she has quite a marketing team behind her, but I would also venture to guess the woman knows what she is doing. I could write a whole guest blog post about this. The way she has handled herself throughout this press tour has been genius, and she and her post-gym outfits are going to be laughing all the way to the bank.

Like me, you’re a bit of a local coffeehouse aficionado. So, what’s your absolute fave Minneapolis coffeehouse to work from and why?

Spyhouse Uptown for real work. I don’t know why but it is the only place I can really be productive. Plus, they play good music.

Spyhouse Northeast when I’m writing. Everyone there looks like they just walked off some sort of independent movie set. It’s inspiring.

Canteen on the weekends. Their toast bar is the best and you can get unlimited refill coffee.