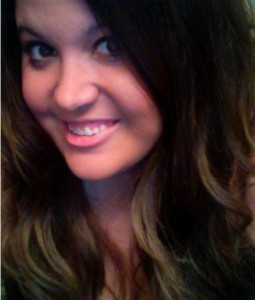 I first met Lauren Fernandez earlier this year in January. Lauren was a new blogger, just finding her voice. We had a lot in common. A love of sports. A passion for PR and social media. And a similar approach to our interactions online. It probably comes as no surprise then that we became fast friends.

Over the next several months, Lauren began to find her groove. She took risks. Tried a few new things here and there. And her community grew. Today, she’s the ringleader of one of the more engaged communities (especially among those PR pros under 30) online today. All in just under a year.

So, I was very curious to hear her thoughts on how this community grew, her new gig and her Packer heritage (as much as it kills me). Let’s meet PR Rock Star, Lauren Fernandez…

First, you have a new gig! Tell us about the new adventure and why you chose to take a different direction in your career. What was your thought process?

I do! I am now an Account Executive at Moroch I PR – part of Moroch Partners. Being 24 years old, I have tried many different avenues, including agency, corporate, non-profit/association and even a stint in the newsroom. I think your younger years are the time to shape yourself and really explore what you want – and it’s ok not to know where you want to be in five years. For me, I know I want to be in PR. I know I want to work with a team with exciting accounts or organizations that cultivate the team atmosphere and really stand for something. I had done an internship with Moroch during college and loved it. The atmosphere and company culture are like nothing I have ever seen before. I truly love going to work everyday, and so do my co-workers.

I had great opportunities with my previous job at American Mensa. I’m not sure how many 22-year-olds would have been able to handle 60 Minutes at a conference for four days, but I was trusted with that opportunity. I was given assignments that they felt I could excel in. To say that they shaped who I am today is an understatement – I thrived in an environment where I could work hard and have my ideas heard. 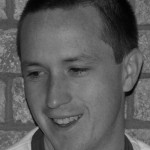 Little known fact about you: LAF may have never got off the ground without a few key conversations with David Mullen. Tell us about those conversations and how your blog has evolved over the last few months, in particular.

David Mullen was pretty instrumental in getting my blog both off the ground and changing the scope. He encouraged me to start a blog because he knew I had stuff to say, whether I knew it or not. To have that type of support is a large part of why I am so big on mentoring. Dave jokes that I don’t pay attention to what he says, but I’m pretty much a sponge when I’m talking to him. His insight and quiet confidence later led him to tell me, “I love ya, but your blog posts are way too damn long.” I can pinpoint exactly when my community started, comments rolled in and conversation blossomed – it was after that conversation back in June. My blog posts were cut down, questions asked and I fostered a pretty rockin’ community that teaches me something new daily.

Between the #30pro chat and your Young Minds series, you’ve fostered a powerful and uber-engaged community of 20-somethings who are passionate about the future of PR. How will you take what you’ve done with your “personal brand” online and apply it to the brands you’ll work with at Moroch?

With me, what you see is what you get. I’m pretty direct and passionate about what I do. I always tell people that when I tweet brands, it’s X brand with an LAF twist. I try to humanize it as much as I am living that brand. If you don’t do that, then you won’t get far in professional branding. I’m a big advocate of blending your personal brand with your professional one, because a.) It’s not possible; and b.) You’d be boring to me otherwise. My work isn’t a job, it’s a career. I surround myself with people that have the same mentality, and ones that are passionate about the advancement of this field. Social media has leveled the playing field to where I talk daily with people of all ages, and don’t even think twice about it. That’s why Dave Spinks and I made #u30pro open to all ages, because we wouldn’t be who we are on this space without more seasoned folks. Ask us about mentors and brands, and we probably won’t ever shut up.

You’re a big PRSA supporter, but you’ve had some heated discussions online with the national organization in the last couple months. Talk about why you’re such a big backer of this institution and what PRSA can do to help deliver more value in a rapidly evolving professional association marketplace.

I’m not sure if it’s so much of a big supporter, as it is that this is the prominent association for public relations professionals. If we aren’t advocates of furthering the profession, then what are we doing in the field? I’d take passion and dedication over a work drone any day. I need creative folks who have the drive to do well in my corner. PRSA has created a dynamic network of professionals that want to do just that. Are there members that don’t? Sure. That’s every association though. Do I think it needs work? Of course, but nothing will ever be perfect. I’ve made key relationships with people at National through my heated discussions, and they are now open to listening. How can I be a member of an organization if we aren’t all working toward furthering the profession? Members are a wealth of knowledge, and one PRSA needs to utilize further. 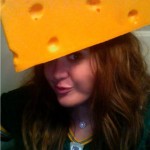 Lightly would be an understatement. It’s funny, because I became a fan when I was four years old because I loved the color green and cheese. I grew up in a fanatical Cowboys household, but I was fascinated by the Packers history, fans and loyalty. At the time, it was 1990, and they had had two decades of just bad football. However, having all of the titles prior to 1970, in a town of only 100,000, caught my attention. Why would these people go to a freezing stadium to clean it out for a game – and then wear cheese on their heads? Seriously? Those were my type of people. That dedication to a sport and fandom reflects in my daily life. Their waiting list for season tickets is 37 years. Many put them in the family will. As the only publicly owned team in the NFL, the Packers organization has truly made it about the fans, for the fans. What can brands learn from the Green and Gold? Make it about your consumer. It isn’t all about you. This is why some brands are succeeding at social media over others – they engage and make it about their network. It’s not promotions. What makes your brand loyalists happy? Something to live by.

How has the following quote (right on your blog) shaped you as a PR professional as you’ve started to make your way in the industry? “Being the granddaughter of a Cuban revolutionary taught me to always stand up for what you believe in, no matter how unpopular.”

It’s something I live by, but something that can bite you in the butt at times. Having a grandfather who was willing to risk his life, his wealth and his military rank to provide a better government for a country – I mean, how can I not believe that? My grandfather stood up for what he believed in and tried to change it. He was thrown into jail because someone ratted out his plans. My great-grandfather sold everything to get him out and they left the country. To say my grandfather was brilliant is an understatement – he was a mechanical engineer with a degree from a top U.S. school, and knew more about chemistry/math than anyone I knew. I live in a country where I am able to speak out and make my own decisions. To me, it’s a disservice to his memory if I’m not passionate about what I do everyday. My grandparents worked so hard to get where they were in the United States – and that work ethic, dedication and gratefulness for life’s fortune shaped my personality. I’m proud of my family history everyday, and I’d be turning my back on everything I knew if I didn’t state my opinions. Are there times to stand back and compromise? Always. Your thoughts are important, but so are everyone’s.