I’m giving my friend Laura Kaslow the floor today. Laura is part of the Blue Cross Blue Shield PR team and plays a lead role in the organization’s social media efforts. I have a strong affinity for Blue Cross here in Minnesota since they’ve been my wife’s employer for almost 20 years (thanks Blue Cross!). I also have some experience in the health care space (a number of health care clients, including UCare and Allina Health, as well as a full-time role at Fairview in my past), so I’m curious to hear what Laura has to say today! 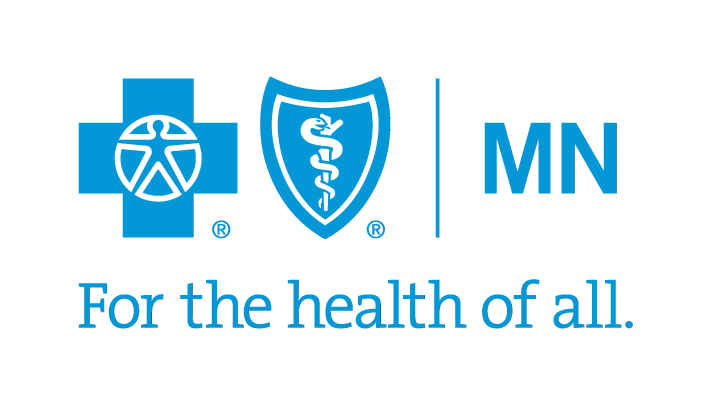 A lot of companies have interesting innovations and milestones sprinkled throughout their history. And, it used to be that opportunities to share these stories only happened when while an anniversary or significant event came along.

But now, as anybody who signs onto Facebook, Twitter or Instagram (or multiple other social media networks) knows, the days of needing a “reason” to share these stories has long since passed.  Now, we all share all these great historical moments regularly— weekly even for some thanks to #ThrowbackThursdays.

So, what does that look like for a health care insurer?

Blue Cross and Blue Shield of Minnesota celebrated its 80th anniversary in 2013. This anniversary also came at a time when the health care industry was undergoing historic change with the implementation of the Affordable Care Act.

So, finding a way to tell the Blue Cross story of 80 years of innovation, stability and commitment to members was especially important against a backdrop of some fairly significant  change and uncertainty.

In celebrating Blue Cross’ 80 years, our PR team chose to leverage the power of social media to bring the concept to life and make it real to people. Ultimately, we used Facebook as a launching pad to showcase an interactive timeline. 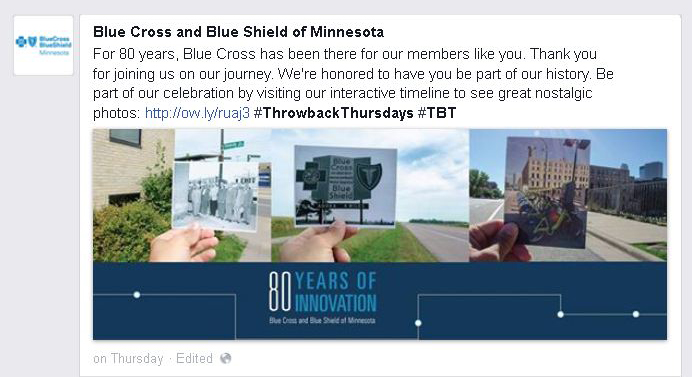 We now continue to tell that story through an ongoing #ThrowbackThursdays campaign.  These weekly posts on Facebook and Twitter have become a great proof of our brand promise. It’s also allowed us to show how consistent that Blue Cross’ brand promise has been throughout the company’s history. 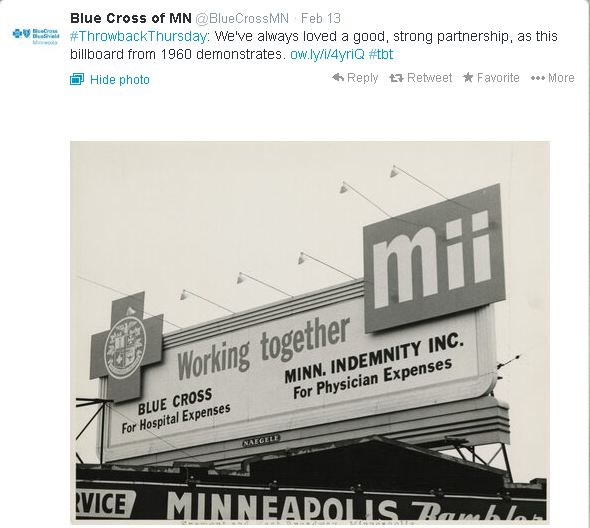 From a brand advocate’s standpoint, what’s amazing to me about this trend in is that when you use the right photo, a topic that sounds as dry as “investing in 1950s era technology through strategic business partnerships,” suddenly becomes interesting and even fun! (Who knew, right?) 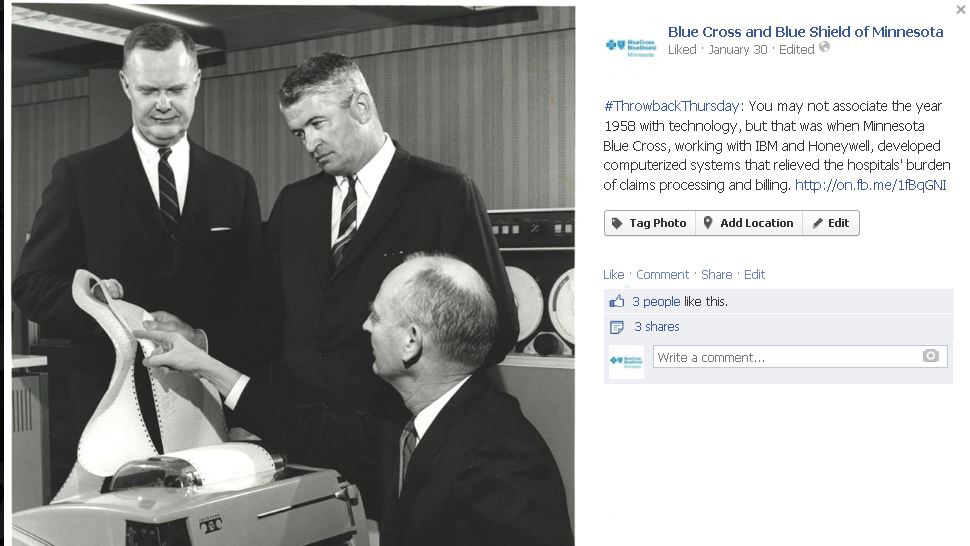 So, if you’ll let me indulge for a moment longer, a few of the more notable milestones we’ve shared include:

Did you know that Blue Cross and Blue Shield of Minnesota was the first “Blue” health plan in the nation? I’ve found that most people I talk to are surprised to learn this often overlooked fact in Minnesota history.  Our doors first opened in 1933 in this small building on University Ave. in St. Paul. 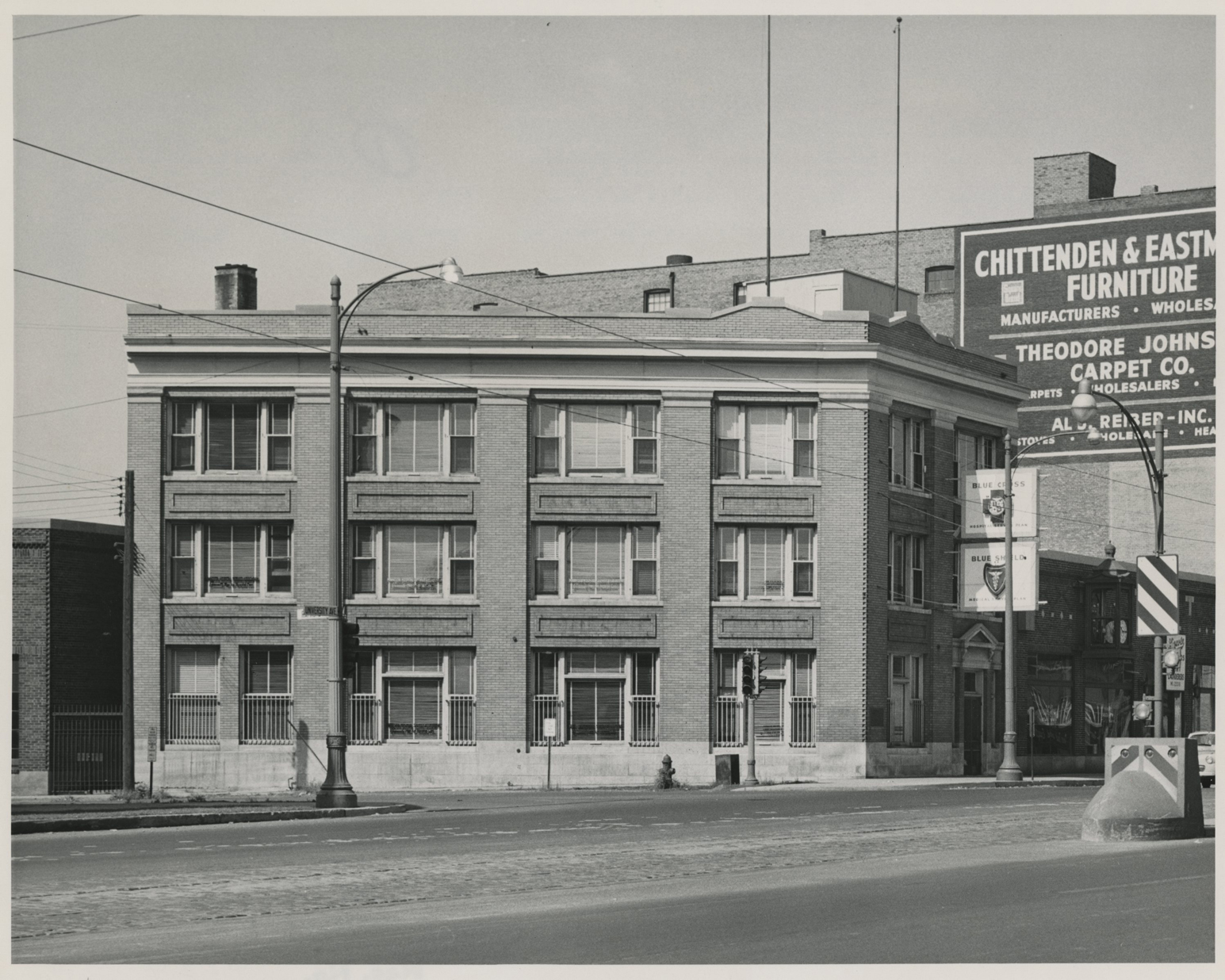 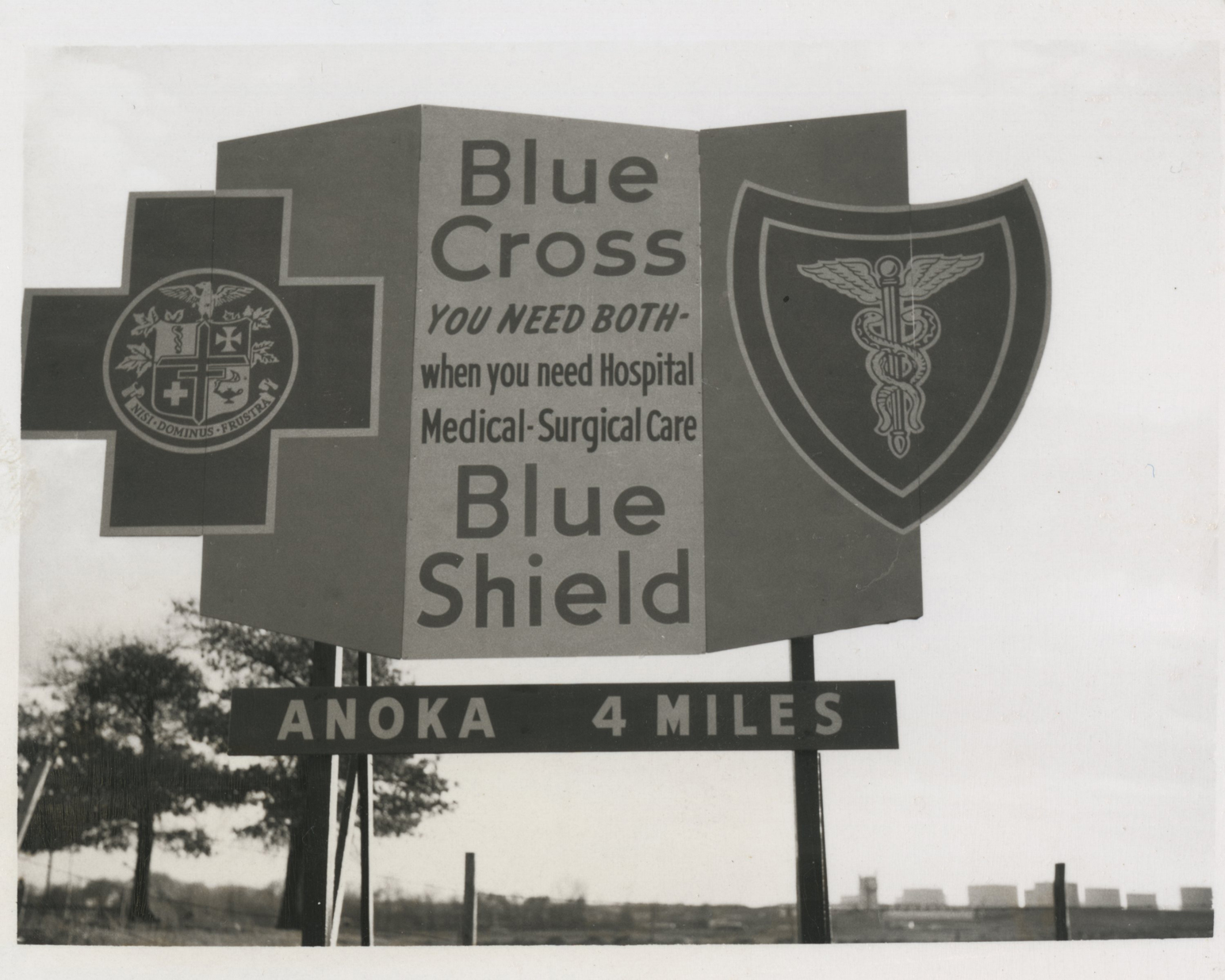 Another interesting fact? Blue Cross’ iconic name was somewhat of an “accident.” It was born out of an image on an advertisement from 1934. Joseph Binder, an accomplished Vienesse artist who was teaching at the University of Minnesota at the time, was commissioned by the local upstart health insurance company to design an image  for posters and bill boards.. 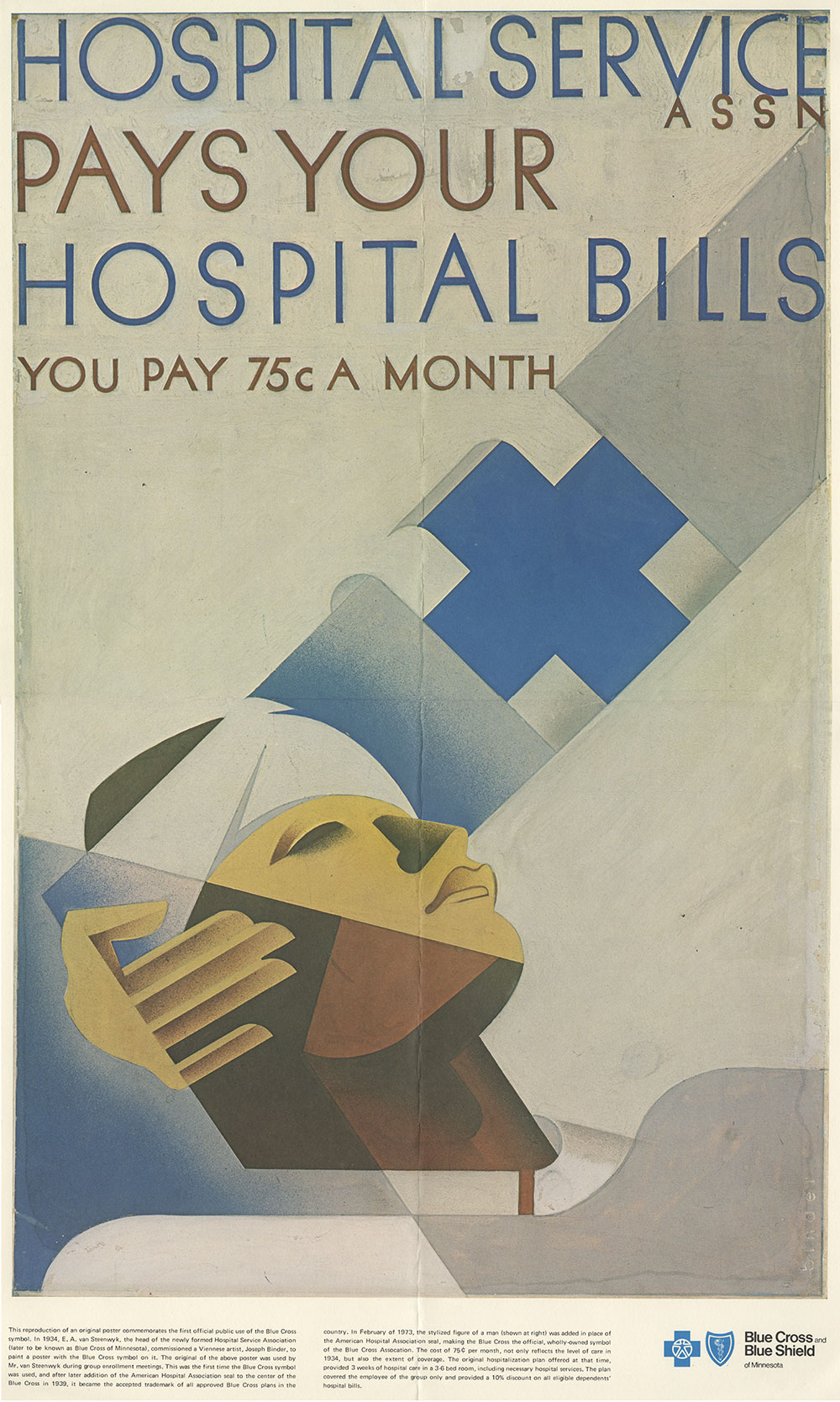 See the blue cross on the nurse’s armband? It was commonly called   a “Geneva cross,” in reference to the Geneva Conventions agreement that provides protection to medical personnel during times of war. It didn’t take long until people became to refer to the company unofficially as the “Blue Cross” plan — and, of course, the name  stuck.

(Side note: Joseph Binder went on to do some more amazing and iconic work, including this World’s Fair poster.) 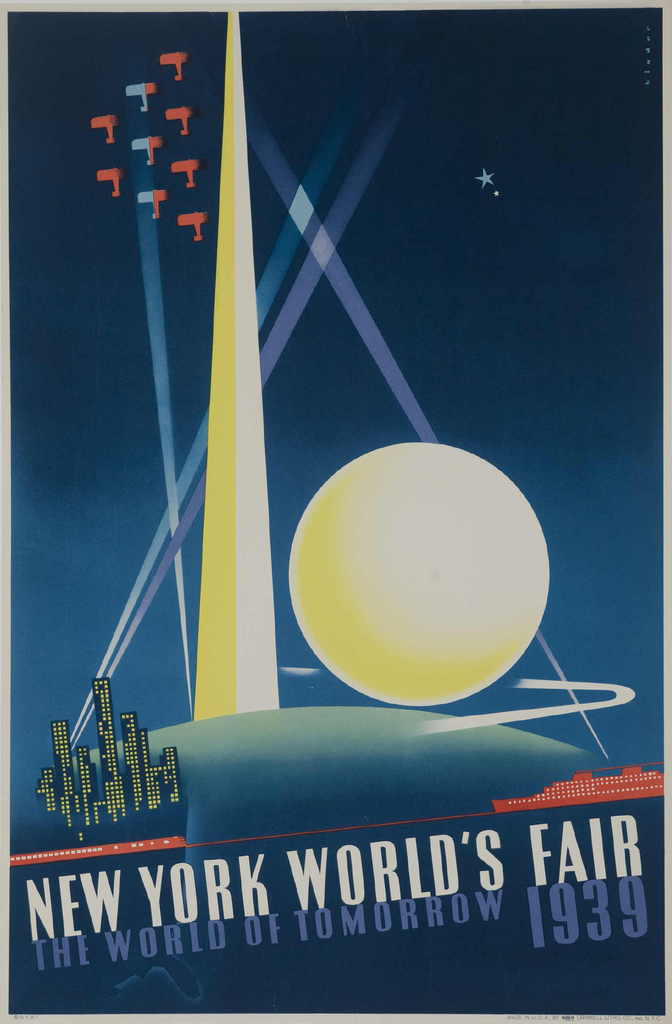 Tying to our messaging today

Linking back to these milestone moments throughout Blue Cross’ history has done more than show notable moments in time. It has also given the company an opportunity to show the consistency of the  Blue Cross brand promise over the course of 80 years.  An important message for Blue Cross is that the company is a non-profit health plan. Blue Cross is proud to say that 90 cents of every health care dollar collected is used to pay for member’s health care.

And, through celebrating the company’s history, Blue Cross can show that same message has been said for a long time. Take a look at this ad from 1969. Blue Cross was telling the same story of returning benefits to members as today. 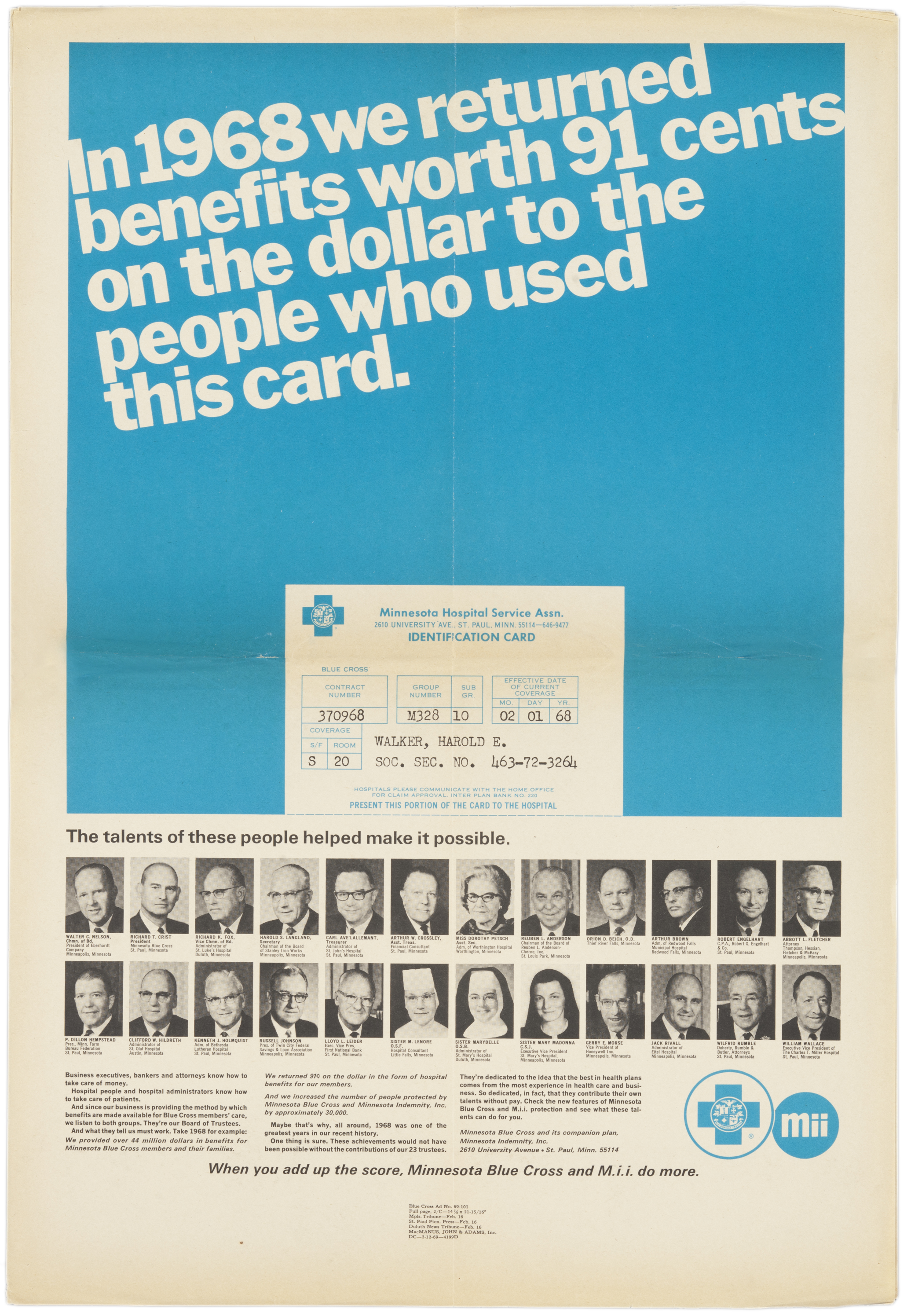 Blue Cross’ mission is to make a healthy difference in people’s lives. And in today’s  rapidly changing (and often confusing) marketplace, Blue Cross is committed to continuing to provide clarity around the transformations taking place in the health care industry. One way the company is able to do this is by tying back to the strength and longevity of the Blue Cross brand.   By using charming, nostalgic photographs coupled with short posts and a trending hash tag, Blue Cross continues to tell that story every week through Facebook and Twitter.

As a communicator, telling this story has affirmed for me that nostalgia offers so much more powerful than just fun, old pictures for brands. It’s more than just saying that “we’ve been around a long time and we have the nostalgic images to prove it.”  Nostalgia gives brands the power to share the story about the impact they’ve had in the marketplace. For brands, large and small and across all types of industries, nostalgic photos and stories can have a powerful impact.

This powerful trend is one I hope more brands take advantage of to tell their stories, too. If you are, I’d love to hear what’s working well and how it’s allowed you to tell your brand’s story. 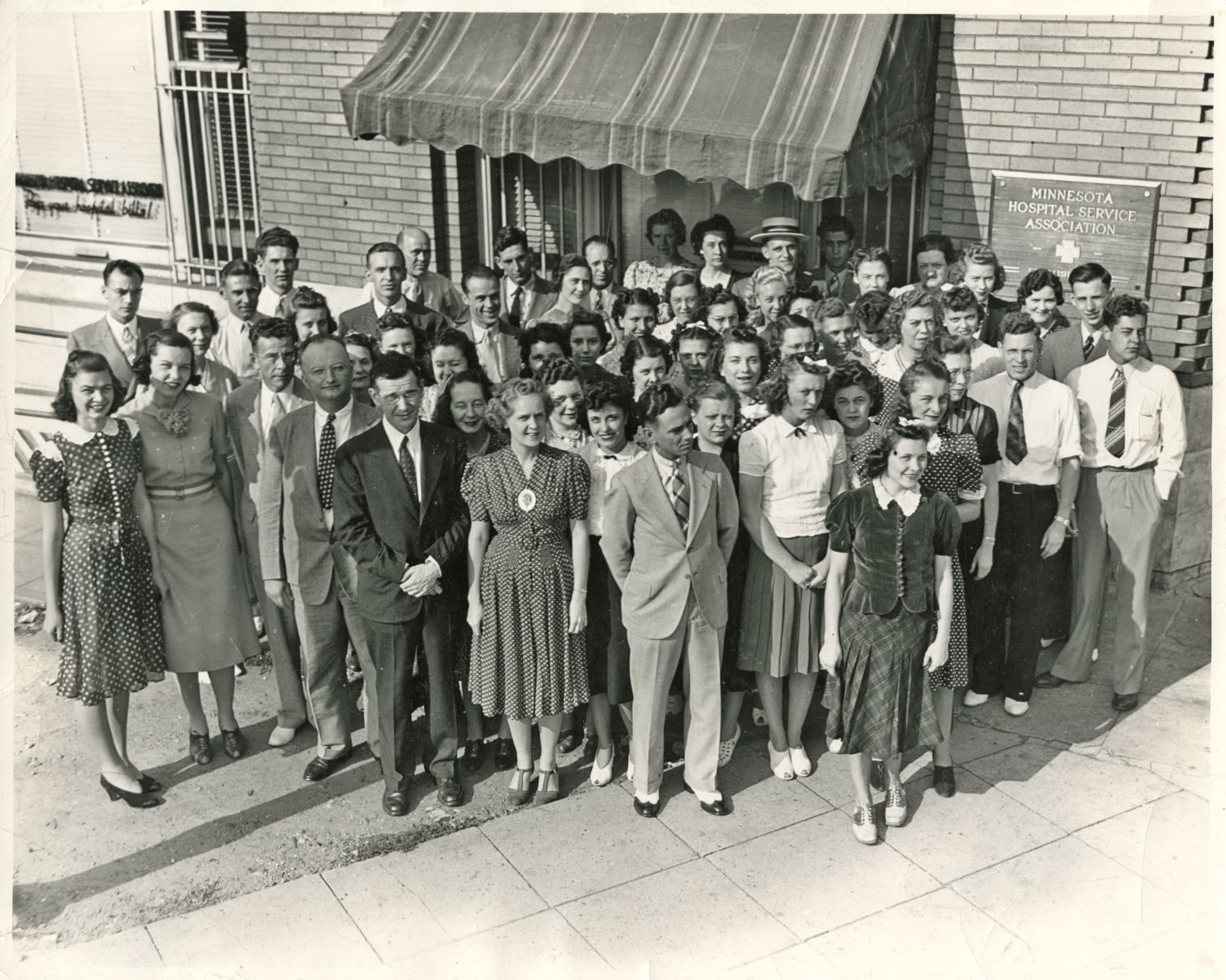 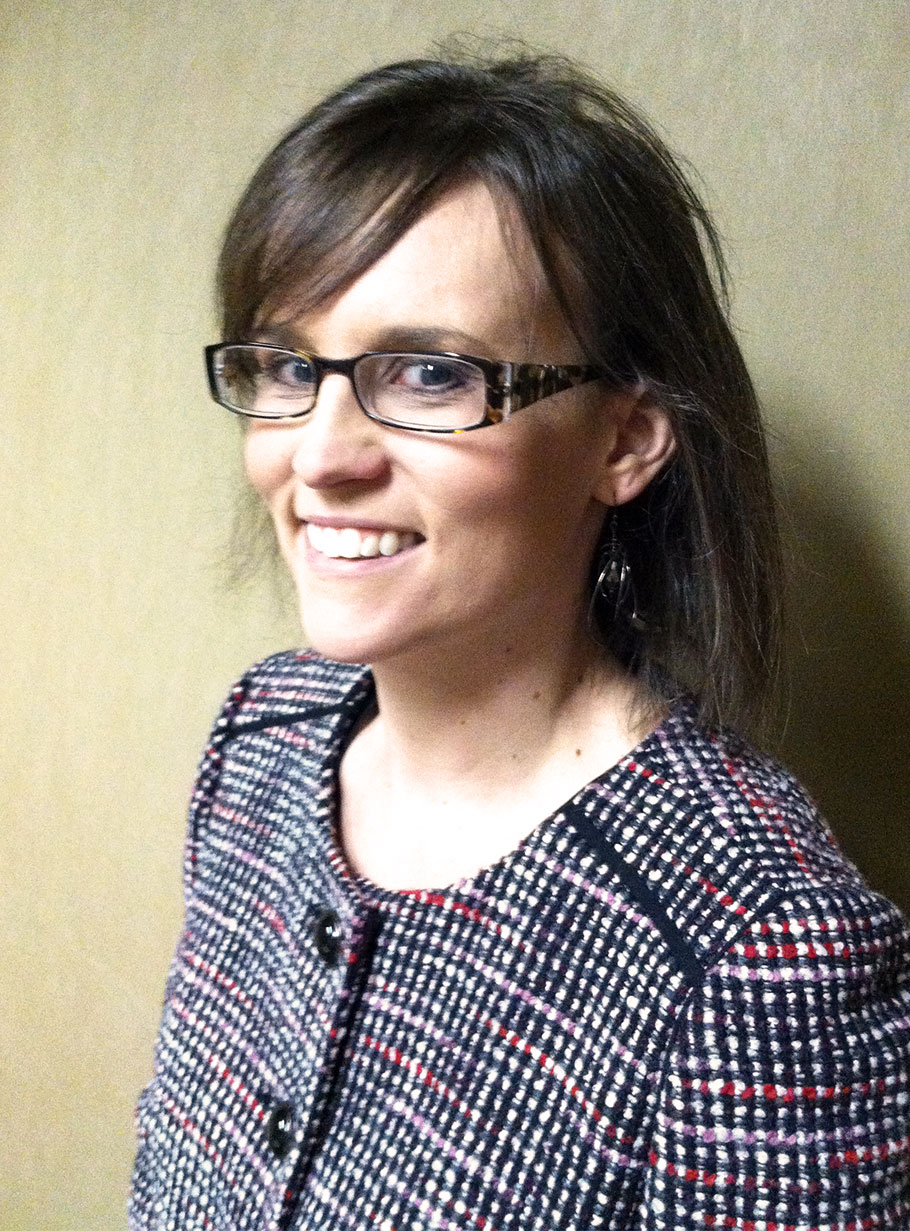 Prior to joining Blue Cross, Laura worked at Luther Seminary, St. Paul, Minn., where she provided marketing and communications support, including social media guidance across the organization. She’s also excited to taking on a new venture, volunteering as the social media adviser for the launch of Be Strong Peaceful, an online health and wellbeing resource (www.bestrongpeaceful.com).

You can find Laura on Twitter at @laurakaslow or on LinkedIn.