While I largely agreed with a lot of what Mark had to say in the post (especially #1 and #2 in the list), he made two claims that stopped me in my tracks.

And, they were two claims that are absolutely key to the whole “influencer marketing” discussion. 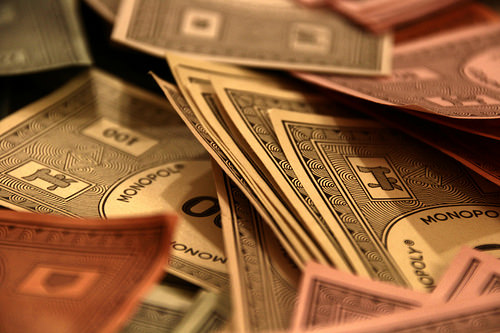 And, they were two claims that continue to make it very, very difficult for agencies and consultants to have realistic discussions about what influencer marketing is and how it can help your brand.

You see, I’ve come from a online medical marketing background, working with medical firms all over the world. I know influencer marketing, especially on a b2b level – so I wanted to tackle this.

1–Influencer marketing can be a cost-effective means of promotion.

2–Influencer marketing can be, and is, authentic.

Let’s tackle those two claims head on–because, for the most part, I believe they’re both false and misleading.

“Most media campaigns are measured in terms of the cost per thousand impressions,” he said. “When the brand is being mentioned in a tweet, in a Facebook post, in a blog post, video, or comment, there’s great value to that. We are going out to people who have a huge following and a high degree of influence.

Yes, CPM is still a big metric in the marketing world–no question. But, to say there is “great value” there? I think that’s a bit of a stretch. Now, I’m not the COO of a popular social media marketing agency, but I have worked with a lot of big brands on social media strategy and measurement over the years. And CPM has been a metric we’ve tracked in some cases–but I would hardly say it’s a “key metric.” In fact, it’s typically one of the metrics we put the LEAST weight on because it’s so fluffy.

So, to say influencer marketing is “cost effective” based on CPM rates? I’m not buying that. In fact, if anything, I’d say influencer outreach is actually pretty costly. I’ve found it to be the OPPOSITE of what Mark claimed in his post. And, by the way, if I’m a brand that’s considering influencer marketing, I need much more than CPM stats. What about engagement metrics? What about leads? What about site traffic? Those are numbers I’d be more interested in if we’re even going to broach the topic of “cost savings.”

The second claim: Influencer marketing is authentic. In the post, Mark lays out a first-hand case where Dell invited him to “Dell World” to see and learn more about the global computing giant. He mentions that he had a slightly negative view of Dell before the event. And that, by the time the event was finished, Mark had become an advocate and now mentions the company in his speeches, presentations and blog posts (NOTE: Dell sponsors a series of posts on Mark’s blog, which he kinda forgot to mention in his post).

Do you think this had any impact on Mark changing his mind?

Maybe–maybe not. Over the years, I’ve found Mark to be pretty insightful. Pretty smart. Pretty ethical. So, when he says he “flipped” from a skeptic to an advocate, I have to give Mark the benefit of the doubt.

And that’s what influencer marketing is all about right now.

No one wants to talk about that though.

No one wants to talk about the ASTRONOMICAL and flat-out RIDICULOUS rates influencers are charging brands for an Instagram pic or a Snapchat story.

No one wants to talk about how lifestyle bloggers have bilked corporations of hundreds of thousands (probably millions) of dollars over the last number of years.

No one wants to talk about how this is merely an advertising play now.

You pay an influencer a bunch of cash, and they’ll do whatever you tell them to do.

It’s as simple as that.

That’s where we’re at with influencer marketing (outside of a handful of examples I’ve seen that prove otherwise).

Let’s just call it what it is: A paid advertising relationship.