A friend of mine raised a question we’ve heard before on Facebook the other day: How many times should I be posting to Facebook per week?

A question that’s been asked by thousands of clients and company-side folks over the last few years (but a question I haven’t heard in quite a while, actually).

And, what have we heard from the “gurus”? A variety of “answers”. 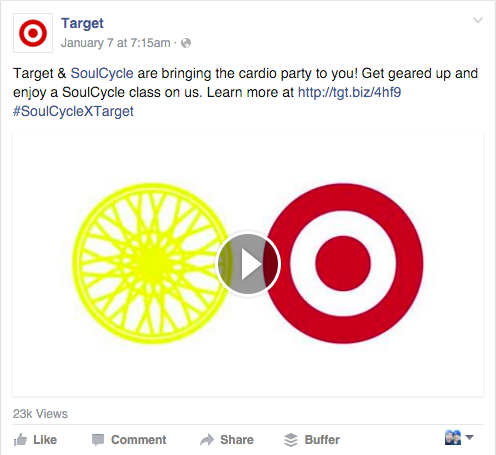 The real answer: “It depends.” Of course it depends. No consultant worth their salt would give you a blanket answer to that question.

But, overall, I’m here to tell you less is WAY more when it comes to Facebook right now.

Biggest case–by far. Assumption: All posts on your timeline now virtually require paid support to ensure they’re seen by existing or targeted audiences. We all agree to that, correct? Given that, think about the following scenario. You post twice a day, as suggested by Buffer above. That’s 10-14 times a week, depending on if you post over the weekends. That’s 10-14 posts you’re amplifying to your existing fans, or people outside your community, with promoted post dollars. Unless you have a ton of different audiences you’re targeting with those posts, you’re going to hit that audience many, many times over the course of the week. Now, in some instances, that might work. But, I would argue in most, it won’t. People will either: 1) Become desensitized to your content, having seen it far too often over the course of the week, 2) Become increasingly frustrated by the fact that you are clearly advertising to them non-stop on Facebook. I’m not sure either scenario is what most brands want. Instead, consider this scenario: You post twice per week. You boost post both posts for 2-3 days to either your existing fans or targeted groups. The result? Brand produces far less content (read: easier; hopefully, better content). Fans get a steady, but not overwhelming dose of content. And, Facebook gets their money 🙂 Doesn’t that make a heckuva lot more sense?

Another interesting angle here–posting less doesn’t mean you’re not still active on Facebook. Go check out Target’s Facebook page. How many posts have they have to their feed since Jan. 1? Two. TWO! Does that mean Target’s not taking Facebook seriously? I highly doubt it (although, to be fair, I don’t know for certain). What I do suspect, however, is that Target is using the variety of Facebook ad products to drive toward their goals. Ad products like lookalike audiences and retargeting. Ad products that are laser focused. Ad products that allow Facebook to drive hardcore marketing results like site traffic and e-commerce. Isn’t that a better use of Target’s time that focusing on creating X amount of Facebook posts per day?

So, that’s my case. And, I tend to think it’s a darn solid one. Disagree with me, if you will. I’d like to hear the argument for posting more often actually (generally speaking, at least).