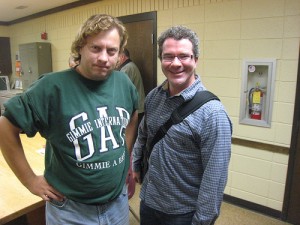 For bloggers, legal matters are usually not an issue that’s top-of-mind. That’s because, for most, we just don’t write about anything that’s inflammatory enough to get someone’s undies in a bunch. Sure, some bloggers get fired up from time to time, but very few blogs attack specific people–at least to the level that requires legal action.

At least, that’s what I thought.

Last week, one Minneapolis-based blogger was thrown into the public spotlight when a jury ruled him to pay $60,000 (yes, $60,000) to Jerry Moore, a former University of Minnesota employee and former community organizer. The civil suit Moore filed accused Hoff of intetionally interfering with Moore’s employment at the University of Minnesota (basically accusing Hoff and the comments on his blog of playing a large role in him being fired).

While an appeal seems imminent according to legal scholars, from a blogging perspective there are a number of interesting outcomes and lessons we can glean from this case:

* Are bloggers responsible for comments on their blogs? One of the more interesting accusations in the suit was Moore’s claim that Hoff should be responsible for the comments on his blog because he had created a “defamation zone” with the initial post. Wow. The very nature of blogs encourages a two-way conversation. A conversation most would argue needs to be fairly transparent and unedited. Now, according to the outcome of this case, you, as a blogger, are on the hook for any defamatory or libelous comments your readers may make. That’s a pretty big step, isn’t it? I would love to hear an attorney’s perspective on this specific issue because I think it’s among the biggest the case brought to light.

* Does the size of your blog’s readership matter? John Hoff (aka, Johnny Northside) only has 300-500 readers, according to reports in the suit. Minneapolis has a population of nearly 400,000 residents. The greater Twin Cities? 3.5 million residents. John is reaching just a small fraction of all Minneapolis residents (and Twin Cities residents), by my math. Did that matter? Nope. Size doesn’t matter on the Web–a lesson that’s been repeated to brands for the last few years. And legally speaking, it seems it doesn’t matter either. The only thing that mattered here is the University of Minnesota administrators allegedly read the post and it influenced their decision-making. Niche audience over eyeballs.

* Do we really want transparency? This may be the biggest moral and ethical issue in the case, in my view. According to Hoff, he was just reporting the facts. Now, did he get a little personal with the attacks? Probably. But, the information (again, allegedgly) was factual. So, wasn’t Hoff really just making the public aware of an issue they had the right to be aware of? After all, Moore was a public employee (at the U)–the taxpayers are effectively writing his check. Don’t we want this kind of transparency? Does the law have a right to legislate that? Another area where I’d love an attorney’s opinion.

As these kinds of blogging cases continue to surface, bloggers rights and limitations become more defined. My question: Are we headed in the right direction? Should bloggers be responsible for what their readers say in the comments? Do we really want a greater level of transparency? I’ll leave the comments to you…