Home Blog Uncategorized Is your company prepared for the 140-character news cycle?

Is your company prepared for the 140-character news cycle? 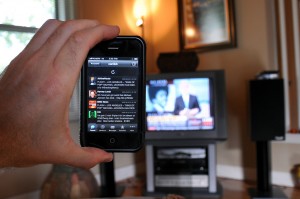 I know by know, you’re all sick of the Michael Jackson-based blog posts, and believe me, this isn’t one of them. But, there’s an important lesson here for brands and organizations.

News broke online—and off—of Jackson’s trip to the hospital around 2:30 p.m. CST Thursday, June 25. By 4:26 p.m. CST Jackson was pronounced dead. That’s less than two hours from the 911 call (technically, 2:21 p.m. CST) to the time of death. With the bevy of 24-hour media outlets (again, both online and off), millions of people knew about Jackson’s death within just minutes.

With all these new technologies available and the non-stop news churn, today’s news travels at a whole new speed. Is your company prepared to deal with the ramifications?

For example, what if your CEO passes away tragically in a freak car accident on Thursday evening? In the former world, you may have had a few hours—even overnight—to prepare a statement to address media outlets in the morning. In today’s 140-character news cycle (credit Shel Holtz on that phrase), you now have just minutes.

Or, what if you work for a major retailer. Thursday morning 100-plus customers are taken hostage by gunmen inside one of your stores. How long before word leaks out to the world that someone’s been shot? Again, in the former world, probably a few hours. Today? 5 to 10 minutes. Tops. In fact, someone probably texts or tweets about it from within the store immediately.

The speed of news has transformationally changed the way we approach crisis communications. Just ask Dominos.

No longer do we have hours to connect with key internal stakeholders and senior management to develop key messages. We now have minutes.

No longer do we strictly respond with official press conferences and statements on TV. We now also respond on YouTube, Twitter and other social networks.

And no longer is the CEO the only voice of an organization during a crisis. Employees from all areas of the organization may express their thoughts, opinions and concerns—publicly.

How do you manage this speed-of-light news cycle? Here are a few ways to start thinking differently about your crisis planning:

How else can companies start thinking about their crisis plans differently?