Home Blog Trends Is the age of the follower over?

Is the age of the follower over?

Twitter was only a few years old. Social was relatively new. Some brands still didn’t have a Facebook page.

And follower counts on Twitter, Facebook and other social channels was a big deal. In fact, you could say it was a key metric for many companies. 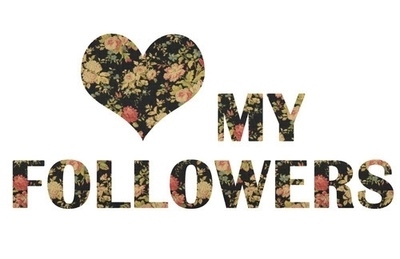 Video rules the roost when it comes to content.

Snapchat is the social media darling.

And, tracking follower counts appears to be completely dead.

Today’s socially-savvy brands are focused on the following 3-4 big key metrics (in no particular order):

How did we get here? A few key milestones contributed:

So, I’m breaking news here: The era of the follower is officially over.

Think about it. On Facebook, for the reasons I mentioned in the first bullet, follower counts don’t matter a bit. And, I would argue same thing goes for Instagram as it moves (slowly) to an all “pay-for-play” model as well.

In fact, I would say the ONLY reason followers matter on Facebook (and soon, on Instagram) is ego. Executives and directors want their companies to have more followers than competitors. I’ve seen it before. It’s the only reason I can come up with as to why it still even registers on people’s radars.

As I think about Twitter, really the only audiences who care a ton about follower counts are media (who refer to follower counts often in stories) and celebrities/influencers (who rely on follower counts to curry favor–and lots of money–from advertisers).

What about LinkedIn? You can follow brands there, right? Yep–and follower counts probably do matter there more than they do on Facebook, Instagram or Twitter. But again, in 2017, I would argue engagement, traffic and impressions are key metrics that would come far before follower counts if I were managing a corporate page. And, with the advent of LinkedIn Publishing, engagement and impressions become more important metrics when you’re talking about executives using Publishing to share stories and POVs.

Again, we’re back to the holy trinity of social media metrics:

The era of the follower is over, my friends.