Home Blog Uncategorized Is getting attention on social media at all costs a sound strategy?

Is getting attention on social media at all costs a sound strategy?

Not sure if you’ll remember but back in early January, PBR made this controversial tweet. 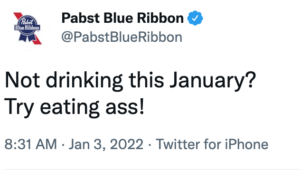 Eventually, it got Corey Smale, the social media manager at PBR who made the tweet, fired.

After all, I gotta think, that was in his job description.

He posted about looking for a new job relatively recently. 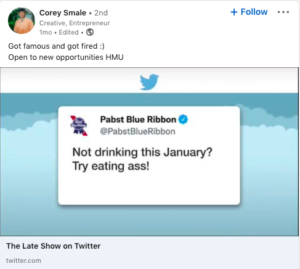 And once again, it sparked the conversation. 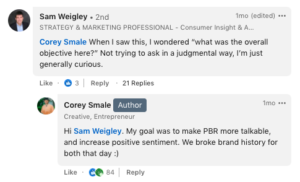 Some people loved the idea–other people were offended. 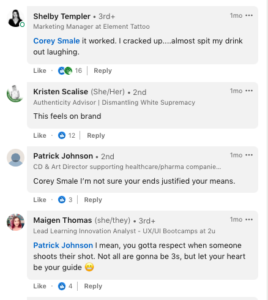 But, maybe, just maybe, Corey was right. There was more than one person in his comment thread that felt like this. 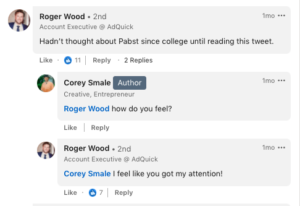 Did the tweet use inappropriate language? Yep. Was it a little offensive. For some, yes. But, you could also argue, as some did in the thread above, it was “on brand” for PBR. And, I don’t think anyone can argue, at this point, that it didn’t generate massive awareness and engagement for the brand.

Anecdotally, when I brought this case study up with my class at the University of St. Thomas earlier this week, it got big laughs. In fact, a few students said they had never drank PBR before, but would now consider it given this one tweet!

Isn’t that the holy grail in social media marketing? Getting a customer to try your product as a result of one social media post?

Now, the other side of this is the language and phrase was offensive–to a decent amount of people. But was it worth that trade-off?

That’s essentially the question being posed by this case study.

Is getting attention at all costs worth it?