Home Blog Other Is authoring a social media book the consultant equivalent of the corporate MBA?

Is authoring a social media book the consultant equivalent of the corporate MBA? 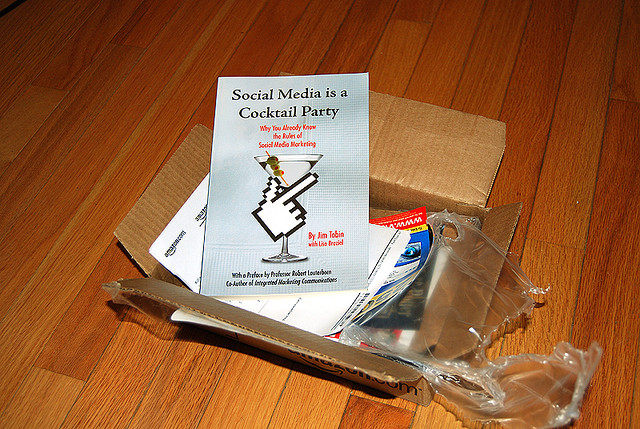 No slam on folks who have written social media books (like Jim Tobin above, a very smart guy by all accounts). I’ve read a few. And others have been written by friends. I get the reason many of these folks write these books–credibility. They’re most likely not doing it for the money. But, as consultants, there’s a lot to be said for the credibility a book gives you.

And, the door-opening opportunity to speak at events (which is a big lead generation strategy for consultants). Just look at local Minnesotan Lee Odden. Lee published a book this year named “Optimize.” In fact, Optimize is one of the few social media books I’ve read. And, it’s fantastic. But, it also opened the door for Lee to speak at a whole bunch of events across the world. I mean, Lee travels to speak more than just about anyone I know. And that means more opportunities for his firm to do business. Smart. I get it–and I wholly respect it.

But here’s the thing: I’m not sure it’s the differentiator it once was. At least not in our industry.

My opinion: I think it’s become the consultant’s MBA. Once upon a time, it was a sign of distinction. Now, everyone has one.

Isn’t that true in the corporate world, too? The MBA is essentially now just a ticket to high-level jobs. A prerequisite of sorts. I’m not speculating–I’m speaking from personal experience at a few jobs I’ve had. And again, a LOT of people have them.

On the consultant side, that’s a book deal. Once upon a time, authoring a book was something special. Now, it’s just a ticket to more revenue (again, a smart ticket, but a ticket nonetheless).

Does this sound like sour grapes coming from a guy who HAS NOT written a book? Maybe. But here’s the thing: I don’t care. I was approached about writing a book last year by a publishing house (although I’m not sure anything would have panned out if I would have pursued it). And I couldn’t come up with a compelling reason why I should. What’s more, I just didn’t have the drive.

Would it have helped my business? Maybe. Would it have been a crapload of work to get it done? Absolutely. Would that trade-off have been worth it? Not in my view.