I wish I had come up with that term: “click flu.”

It’s a term coined by Jake Athey in this NextWeb post. And, he shares some interesting analysis in the post.

His rationale: Companies are focusing too much on “snackable” content across social channels–to the point that they’re disappointing customers and potential customers and damaging brand reputations. 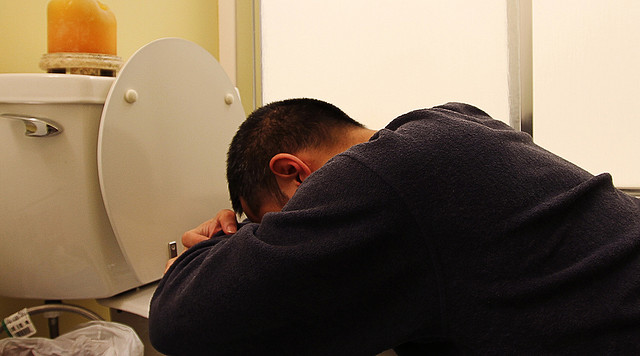 He goes on to cite some pretty interesting facts:

* Long-form articles (3,000-10,000 words) rack up far more social shares than those snackable content pieces (according to the HuffPo)

Interesting fodder for discussion, right? I thought so–which is why Kevin Hunt and I discussed this post in our weekly Talking Points Podcast (see full podcast and show notes below).

While Athey is right about the “click flu”, the reality is long-form content doesn’t apply to every brand and every situation. Sometimes, snackable content is the answer.

But, generally speaking, I think Athey is on to something here. Brands have swung so far to the side of short-form content that they’ve forgotten all about those pieces of long-form content that can be so valuable to customers and prospects.

I just had a conversation with a company yesterday–an organization that lives in the B2B world and thrives on innovation and thought leadership. One glance at their social accounts showed me a lot of that snackable content. In fact, it was almost ALL snackable content. Here was a company that PRIDES itself on innovation. Has a rich history of thought leadership and an inventive spirit, and they had very few pieces of content that I would call “long form” content.

No blog posts. No white papers. No decks on Slideshare. No infographics.

And, it’s hardly the first time we’ve see that.

Has the pendulum swung too far toward snackable content? Listen in to this week’s episode of the Talking Points Podcast for more discussion.

“The 2014 Fortune 500 and Social Media: LinkedIn Dominates As Use of Newer Tools Explodes”
http://www.umassd.edu/cmr/socialmediaresearch/2014fortune500andsocialmedia/

“Stop giving people the ‘click-flu’: When to start giving a damn about your content”
http://thenextweb.com/entrepreneur/2014/08/23/stop-giving-people-click-flu-start-giving-damn-content/

“Twitter Confirms Changes to What Users See in Their Timelines”
http://mashable.com/2014/08/20/twitter-timeline-changes-confirmed/