How the psychology of “engaging” on Twitter has changed

Or needs to change.

I believe that ground has been covered. And then some. 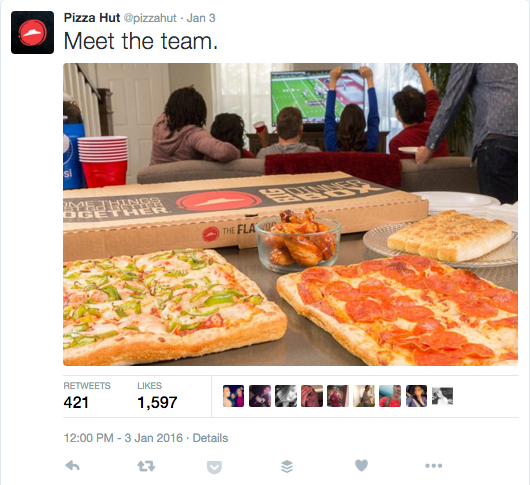 What I’d like to talk about today is how the psychology of user behavior has changed on Twitter–and more importantly, how that impacts us as marketers.

To level set, think back to 2010 for a second. People were actually talking on Twitter. Having online conversations. Going back and forth. Actually replying to one another. Brands would jump in. That was all commonplace, wouldn’t you agree?

Fast forward to 2016. What do we see today on Twitter?

People don’t talk to each other on Twitter anymore. At least not nearly as frequently as they did in 2010.

They share links and they broadcast. And, you have another subset of the population that now use Twitter as a listening tool. To get their news. To follow their favorite celebs. Stuff like that.

So, where RTs and replies were common back in 2010, “likes” (previously Favorites) have become one of the more common social signals on Twitter.

What are brands doing? Two things: Broadcasting and customer service. That’s it.

Go ahead–go see what the top brands on Twitter are doing. You’ll most likely find one of those two.

Yet, curiously, I’m fairly certain “engagement” is and will continue to be a key goal for many brands in 2016 when it comes to Twitter.

But, think back to how user behavior has changed on Twitter. People don’t “talk” anymore. They don’t “engage”–at least not the way they used to.

Shouldn’t the “like” be a key part of how brands measure engagement on Twitter now? I know it’s a softer metric–no doubt about that. But, it’s a click more and more people are making–while RTs and replies are much harder to come by than they were five years ago.

Just an observation I thought was worth mentioning today. What do you think? Should more brands pay attention to the “Like” as a key engagement metric on Twitter instead of focusing solely on RTs and replies?