How the current political environment is impacting Facebook brand marketing

In case you haven’t noticed (and if you haven’t, you’ve most likely been vacationing on the moon for the last 3+ months), your Facebook newsfeed has been taken over by politics.

Activism is at what I would have to believe is an all-time high (at least in the internet era). And that’s great to see.

Except if you’re a brand marketer.

Why do I say that?

Well, think about the current environment. Think about your newsfeed. What’s showing up?

This is a typical post in my feed right now: 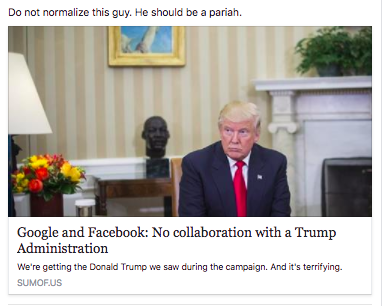 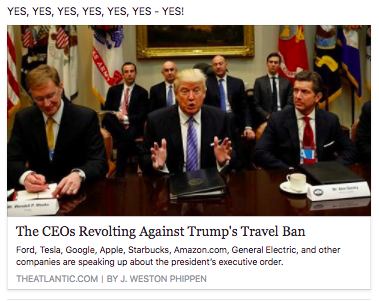 It’s virtually endless. Now, I’m not here to debate whether this is a good thing or a bad thing. I’m not here to say people shouldn’t be advocating for their political views on Facebook. But, I do wonder what this means for brands. 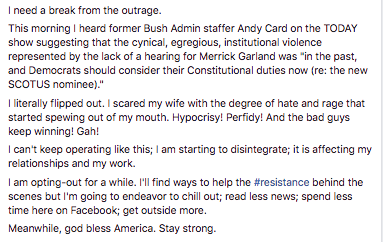 So again, think about the current environment on Facebook. You have a large piece of the population posting relentlessly about their political views and the actions they are taking. And, you have a growing number of people who are opting to completely sit out–some even going as to far as to say they are taking a break from Facebook altogether.

Meanwhile, anecdotally (and I’ve said this before recently), I’ve noticed meaningful engagement (i.e., comments and shares) has been down for big brands recently. And not just for the ones I work with.

But brands seem to be plowing forward with a business-as-usual mindset.

I’m not saying that’s the wrong approach. And I’m not claiming to have a solid answer. I’m just raising the question: Is it prudent for brands to be spending just as much time and money on Facebook as they were a year ago given the current political environment?

It’s an interesting question, right? Specifically for Facebook. Because the same discussion doesn’t apply to Pinterest or Instagram where kid pics, cat memes and food selfies continue to dominate.

But, if you’re a midsized or larger brand and you’re spending a decent amount of money on Facebook advertising right now, doesn’t the scenario I describe above concern you?

I’m not saying we need to stop posting to Facebook. That would most likely be foolish–after all, Facebook still is THE dominant social platform. But, at the very least, I think you need to think about re-assessing frequency and calibrating message a bit given what’s happening.

I’m not saying you need to discontinue advertising on Facebook until things die down. Because, well, things might not die down for quite a while. But, maybe you think about scaling back advertising for a bit–especially if you’re not seeing the results you have been seeing the last year or so.

And I’m not saying you let up on community management. If anything, you’ll probably have to spend more time monitoring the web given the polarizing environment we’re in and the fact that one tweet from the president could actually impact your stock price.

What I AM saying is it probably makes sense to give all this a little thought. Even just a quick conversation with your team. Times have changed significantly since early November–time to make sure your strategy still makes sense.