When it comes to social advertising, most of the chatter online is around Facebook. Why? Because Facebook ads are accessible and affordable to damn near everyone. Heck, you can run a promoted post for $5! 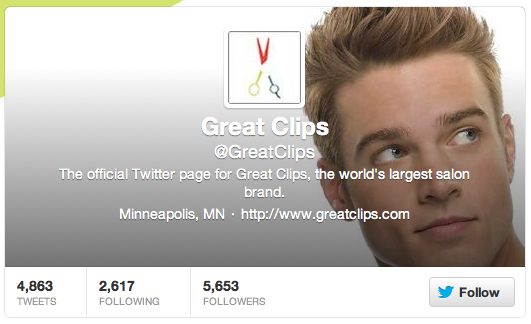 But, advertising on Twitter? That’s a whole different ballgame. Rates are higher. And the perception is only the big brands can play–which isn’t entirely true.

Both are effective, if done properly. In my opinion, the options Twitter presents allow for a more conversational tone. In my experience (and this is just based off what I have personally seen), I haven’t seen the greatest results with Facebook (in terms of advertising). While some brands are seeing good results (it’s hard to know without being in their shoes), I don’t find that people notice or click on ads in Facebook. Twitter allows for a more natural, less spammy approach. From a brand perspective, I like how consumers use Twitter compared with how they use Facebook. Twitter has advanced their offerings and I think I get a better understanding of who my followers are and what motivates them. In the end, they’re doing what I’m hoping they’ll do and I feel it’s because they want to act, not because I’m asking them to. That’s not to say I’m walking away from Facebook. It’s still a part of the process, but the use and purpose is shifting.

You’ve used both Promoted Accounts and Tweets in the past with good success. How did you use each and what were the results?

The key is to use a varied approach and use Twitter’s options to compliment each other. At Mutual of Omaha, we were in the infancy stage. We had a Twitter account, but weren’t active. We used it in conjunction with Life Insurance Awareness Month. The results we saw, compared to the spend, far exceeded our expectations. I’m no longer with the organization, and while they currently have just under 5,000 followers, if you take a look at that industry and where they started, it was well worth the spend.

At Great Clips, we’re using both platforms to build owned assets and drive our overall digital landscape. We do want to drive activity on Twitter, but we’re more interested in Twitter’s products to drive offline activity. We know that people will take action online, that’s easy. But what allows me to keep my job is making sure social gets people to visit our salons.

You don’t have the biggest following on Twitter (5,996 followers), but yet you see great succes with Twitter advertising. Why haven’t you seen a lift in terms of followers?

I’ve been preaching against this from day 1 — it’s what I call “fuzzy metrics” because they  hold little value, in my opinion. You have to take a look at your consumers and understand their habits and the way they use the platform. If you take a look at the basic data, we lead our category. We have more overall mentions than our competitors and our positive sentiment trends higher. So if people are talking about us and the positive sentiment is higher, does it matter if those people follow us or not?

Second, it’s important for brands to know why people follow and talk about them. For Great Clips, one of the biggest reasons people follow us is around NASCAR. If you take a look at our assets around NASCAR, the drivers we sponsor have huge followings. Activation is also significantly higher when it comes from our drivers. For example, we ran a promotion last year and we had one of our NASCAR drivers tweet it out. That single tweet drove more engagement and activation in one day than an entire week of paid advertising across both Twitter and Facebook. So sure, we focus a little on increasing our own following, but we also know what drives results and where to focus our resources.

You also noted in a recent post by a mutual friend that you believe Promoted Trends on Twitter to be a bit over-priced. Can you talk about why you feel that way?

The way I look at Trends on Twitter is that they’re supposed to be organic and and reflection of people’s conversations. I also look at Trends as sort of worthless. Take a look at the top Trends each day…a lot are silly and not something, from a brand perspective, that have any relevance. You also have no control over the direction of the conversation — take a look at McDonald’s and Walgreens, for example. Now, both brands say they see success with Promoted Trends, but I’m no dummy and I find it hard to believe that their #mcdstories was a success. I know, that’s just one example, but I think the risk/reward of forking out that kind of money isn’t worth it.

You work for Great Clips–the largest salon franchise on the planet. So, some would say, of course you’re using Promoted Tweets–you have bigger budgets. But, do you believe Promoted Tweets can work for midsized and smaller companies, too?

There’s a big misconception that you need to spend hundreds of millions of dollars to make advertising on Facebook or Twitter to work. Well, I can tell you that Great Clips is far from spending hundreds of millions of dollars on Facebook or Twitter. If you take a look around your organization and how budgets are being spent, Twitter is actually fairly competitive, if not more competitive, than some of the other options. The key is to do it intelligently. Put out good content, put some budget behind stuff that makes sense, and you’ll see great results.

What advice would you give to those considering advertising on Twitter vs. other social networks (Facebook primarily, at this point)?

Ask yourself what you’re trying to accomplish. Why are you wanting to spend money on Facebook or Twitter. For Great Clips, social is just one small part of the overall digital landscape. I was having a conversation with Adam Kmiec the other day, and we both noted that email and SMS are both highly successful. At Great Clips, email and SMS both outperform Twitter and Facebook. But you have to have an integrated approach. You have to understand why you’re using each platform. I’m using Facebook to drive owned channels. I think the biggest problem marketers have is that we’re still trying to build third-party assets, when we should be focused on building owned assets. You spend a bunch of money trying to build up your Facebook “Likes” or Twitter followers and then Facebook alters Edgerank, causing the industry to complain. Ask yourself why, ask yourself why a second time, and then be smart.