While the post is full of rants against Facebook for the many “crimes” against creators, the most relevant for us marketers is this: The Facebook video view is kind of a joke.

The key is how Facebook counts its videos views. You would think a “view” would be a more substantial metric. Not so in Facebook-land. According to Facebook, a “view” is registered anytime a user watches a video (which are all on auto-play, keep in mind) for 3 seconds. 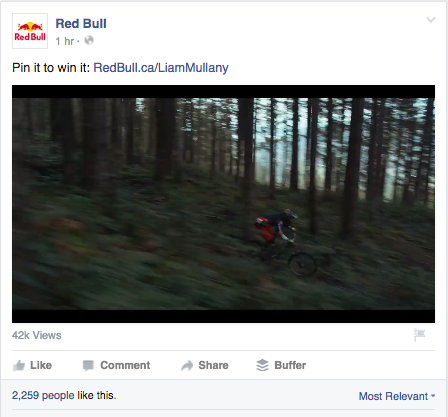 By contrast, YouTube measures views at around 30 seconds (which makes much more sense). Take a peek at the graphics in Greens’ post for more damning info.

With auto-play, you usually haven’t even turned the sound on inside of three seconds.

So, the claim remains: Is the Facebook video view a complete joke?

From a marketing point of view, this should be concerning. All we’ve heard for the first half of the year is how video is exploding. In particular, native Facebook video. View totals are through the roof. “Engagement” numbers are up (more on that in a second). Facebook video is so hot!

But, is it really?

Judging from what we’ve seen (and what I’ve seen in my work), video views are the new “impression.” A fluff metric at best.

According to Facebook’s advertising dashboard, “engagements” do include likes, comments and shares. In other words, what you would think of when you say the word “engagement” with a social media context.

But, it ALSO includes those 3-second views. Those are also engagements.

So, there’s another fluff metric in the Facebook realm.

What are we left with? How do reliably measure Facebook video performance in a meaningful way?

* Hardcore engagement. How is the post performing in terms of likes, comments and shares. Those are still the holy grail when it comes to “engagement” on Facebook.

* 20 percent rule. Although this certainly shouldn’t be a hard-and-fast rule, maybe you put the 20 percent Green talked about in his post to work. In other words, if Facebook is telling you a video had 100,000 views, maybe you only “realize” 20,000 of those who actually watched 30 seconds or more of the video. To me, watching a video for more than 20-30 seconds (in today’s world, at least), should count as a “view.”

Facebook engagements for videos are at worst a flat-out lie and at best unclear language.

And, I’d look a lot more closely at your hardcore engagement metrics instead of views and “engagements” on Facebook to measure success.

Everyone in agreement then?