Home Blog Other Ethical social media dilemmas: What would you do?

Ethical social media dilemmas: What would you do? 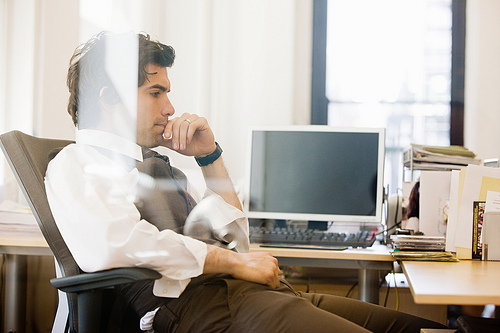 If there’s one topic we don’t talk enough about online it’s social media and ethics. Actually, it really doesn’t surprise me. We don’t talk about PR and ethics as much as we should either. And, as we all know, social media is really just an extension of PR (and marketing, among other disciplines).

Nevertheless, ethical situations come up and impact our working lives virtually every week. I wanted to highlight a few that I’ve bumped into lately below–and the way in which I’ve handled these situations (for right or wrong). I’d love to hear your thoughts on how you have, or would, react to these scenarios:

Situation: Local agency or organization asks you to share your blogger lists, but doesn’t make any indication of paying you for the lists.

Ethical dilemma: Maybe not a true ethical dilemma, but it certainly comes close. Do you share lists? What if the person asking is a friend (which was the case in both situations I’ve run into lately)? Does that change the situation? I think this is a legitimate question across the industry right now because I’ve heard from others it’s coming up.

How I handled: Two situations recently. In one scenario, it was a former client and we worked out an arrangement where I provided them my list in exchange for payment–completely above board and no issues. The other, however, was a bit different. A representative from a local agency asked me if I’d be open to sharing a blogger list I’d built. I responded politely that if we’re talking about sharing a list that my company has spent time and money researching, we should probably talk about a working relationship–not “free” access to my list.

Situation: Your client saw huge success as a result of a blogger outreach program you put together for them. The campaign was so successful, you’d like to write a blog post promoting the win.

Ethical dilemma: Might not seem like an ethical dilemma, but in many cases I believe it is. By writing a post about your client, you’re adding content to the Web’s searchable database for customers–and, this post could be significantly more “influential”, depending on the agency/consultant.

How I handled: Last month, I wrote a post about the success my client, Feed My Starving Children, has experienced as a result of using Facebook Groups as an internal communication vehicle. I considered the fact that by writing a post about FMSC, it would probably pop up fairly high in search (it pops up as the ninth item on page one in a Google search for “Feed My Starving Children”). And, the implications of a post written by a consultant FMSC works with showing up that high (could be construed as astro-turfing a bit). I decided to go ahead with the post, but I still struggle with this decision. For agencies, I don’t think there’s an issue here. But, for some reason, when I think about myself, it feels a bit different (even though I’m essentially an agency of one). Very curious to know what you think about this one.

Situation: You tweet regularly about one of your clients on your personal account. However, you don’t include the standard disclosure signifying you’re a consultant to the firm in every tweet.

The ethical dilemma: Should you include a disclosure in every tweet, update and post? According to Richie Escovedo and Gini Dietrich, the answer is a resounding yes, according to this post from a year-and-a-half ago.

How I handled: I don’t have any clients that I regularly refer to in tweets/updates. But, let’s say I was working with Caribou. I go to Caribou an awful lot. If I were to share tweets about my day-to-day routine at Target (or check-ins on Foursquare for that matter), I would definitely include a standard disclosure in every tweet. Why? Because they’re a client. And, regardless of how many times I tweet, there’s a paid relationship there that may or may not “cloud” my thinking–and people have a right to know that. Bottom line: I think you should include client disclaimers on every tweet, update or post (and PRSA and its Code of Ethics agrees).

What thoughts do you have on the ethical dilemmas above?