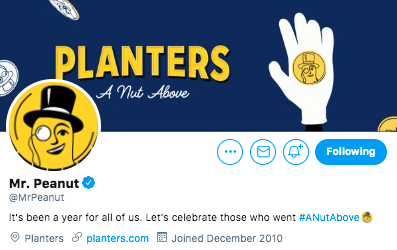 But Planters Peanuts–much like many other brands–decided to go against the grain this year and go without an ad (you remember their “controversial” ad during the last year’s game, right?). However, they decided they still wanted to participate on Twitter–just in a different way.

Not many people know about the latter part of that strategy, but let’s start by talking about the first part.

Yeah, Planters essentially tweeted most brands after their Super Bowl spot ran with an assortment of tweets ranging from legit funny to weird to borderline offensive. Here’s a smattering of what those looked like:

Pretty straightforward–not even sure this falls in the “funny” category.

Again, not sure about the funny part. 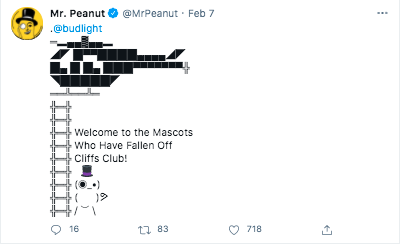 OK, this one was kinda funny.

And then there’s the weird. Or offensive. You decide.

Yep, Mr. Peanut’s tweets ran the gamut. They were all over the board-literally. But, as you can see, they did generate some engagement and awareness. Now, the question is, was that engagement positive, neutral or negative? Well, if you look at a few of the tweets, you quickly noticed a number of not-so-positive responses. 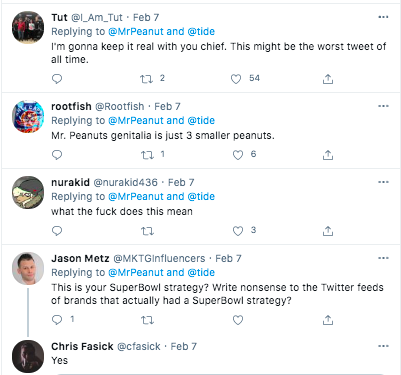 These aren’t exactly the kind of responses Mr. Peanut was going for, I’m sure. I know they probably always anticipate some negativity, but there did seem to be more negative responses than positive–especially to the brand-to-brand engagement tweets.

However, now let’s talk about the positive angle to this approach–donating to worthy causes. Like giving $100,000 worth of cookies to essential workers. Yeah, they did this. 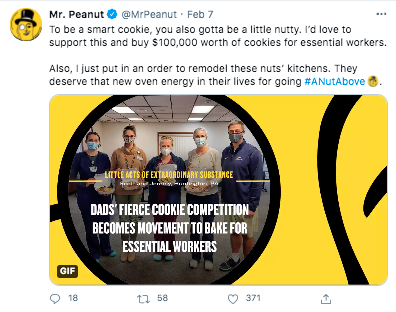 That’s a fun idea, right? And, it certainly resonated with those frontline workers. 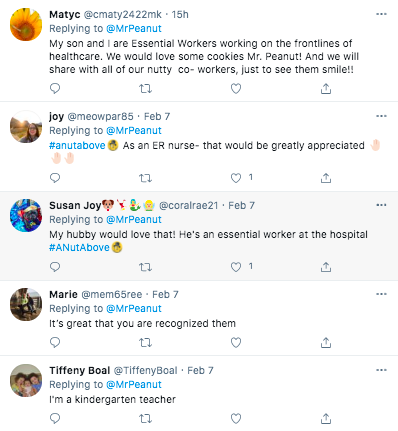 And then they did this: They donated a whole bunch of money to a bar (and “institution” by all accounts) in Atlanta that was on the verge of closing. 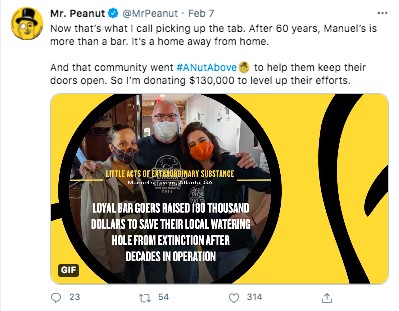 Again, the response was overwhelmingly positive. 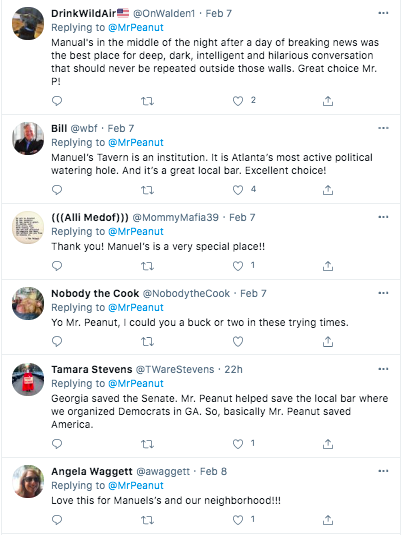 So, in terms of the community’s response to their strategy–mixed bag, right?

After all, there’s nothing wrong with saying NOTHING during the Super Bowl! In fact, they could have easily just went with a few cheeky tweets about the National Anthem, the game and the halftime show and then sprinkle in the tweets where they gave money away. That would have been a home run! I just think the brand-to-brand stuff was unnecessary. It wreaks of an agency trying to be too cute–and I believe that’s exactly what’s happening here.

But, that’s just me. What do you think of Planter’s approach on Twitter during the Super Bowl? On the mark? Or, a little off?