Conditions are favorable for the comeback of the daily newspaper

For years, every time I make a comment about how my wife and I subscribe to and read the daily newspaper, I always get a smattering of comments like “They still have daily newspapers?” or “I get all my news from social media now.”

I mean, I get it. There are more ways than ever to get your daily news these days. 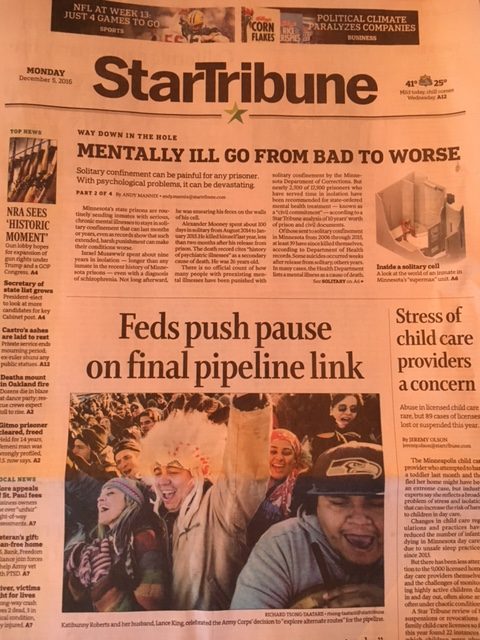 The proliferation of news distribution is rampant.

But recently, a couple of things have me thinking maybe the daily newspaper will make a comeback.

Frank Strong, author of the Sword & the Script blog, summed it up rather well:

I’ve written about this before, but one of the biggest reasons I read the newspaper is that it DOES introduce me to new and different ideas, stories and content. Stuff I would not normally find on my own online.

For example, last week I read the following stories:

Those are stories and viewpoints I would not usually find in my Facebook feed. And, they were all stories that got me thinking about topics I would not normally think about.

Meanwhile, on Facebook, I saw these kinds of stories on that same day:

I rarely see any stories in my Facebook feed that challenge my thinking (which I get in the paper routinely).

I rarely see stories in my Facebook feed that introduce me to something new (and I’m not talking about a new technology or social media tool–see the Chelsea Harvey story above).

And I rarely see stories in my Facebook feed that allow me to see the world through a different prism (which again, I get in the daily paper all the time–see this op-ed in the Strib about the perspective of a dishwasher interacting with a homeless man at a library in St. Paul).

I’m not sure daily newspapers are destined to make a comeback, but I sure think the environment is ripe for it.

Right now, the internet seems to be more of a bubble than a place of discovery. And that makes me kinda sad–because at one point in the not-so-distant past, it WAS a great place for discovery.

Not so much right now.