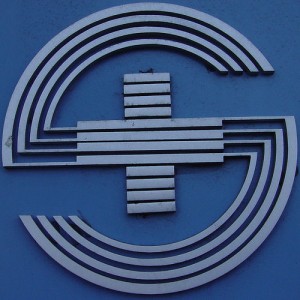 When you work in the health care industry in the digital realm, there really is only one case study that matters: Mayo Clinic. Over the last few years, Lee Aase has set the bar remarkably high when it comes to digital PR and social media marketing in the health care world. But, a few other hospitals and health systems are starting to emerge. Namely, Swedish Medical Center in the Seattle area. I learned more about Swedish the day my friend, colleague and #hcsm founder, Dana Lewis accepted a job there earlier this year. Since then, I’ve become a big fan of their work. What follows is a brief interview with Dana Lewis, who leads interactive marketing at Swedish and a glimpse at another health system that’s using social to increase brand awareness, engage patients and improve patient care.
This is your first job out of school–you’ve been at Swedish for less than four months. Can you talk a little about your role at Swedish and your daily responsibilities?

My role at Swedish is to develop and oversee social and digital communication strategies for individuals (physicians, nurses, employees), groups (institutes, clinics, programs), and projects for the organization overall. In a single day, I could be giving a presentation about physician rating sites & search engine optimization to a group of cardiothoracic surgeons, coaching our CEO on Twitter, or working with our legal, HR, risk management, and IT departments to enhance and improve our social policies for employees.

We both have experience in the health care field–we know it’s a fairly risk-averse industry. Talk a little about how you helped administration and providers overcome their fears when it comes to using social tools and which approaches worked–and which didn’t.

At Swedish, the path was already partially paved for administrators and physicians to accept and embrace social media. My boss, Melissa Tizon, and our entire communications team have consistently done a great job incorporating social media into existing communication strategies and educating the entire organization on key social tools. In my time at Swedish, I’ve worked more with individual physicians to understand their unique obstacles or fears of engaging online. Sometimes it’s the time commitment; sometimes it’s determining their ROI. I’ve found that understanding each physician’s knowledge base of social media and working to communicate an individual program that fits their needs is key to helping them take the next step. Advocating for widespread social media adoption can be intimidating to those not currently engaged online. Instead, offering bite-sized action items to help them engage in specific social spaces and continuing to address their concerns along the way is a contributing factor to their success online.

In July, you live-streamed a patient’s entire experience in your sleep clinic (using the #SleepUp tag on Twitter). The results? You engaged 10,000 folks online and obtained 5.5 million impressions through mainstream media coverage. Can you talk a little about how that idea came about and your expectations going in? 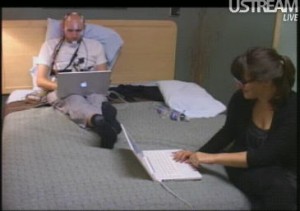 Our sleep clinic has been getting actively involved in social media spaces over the past year. They came to our communications team and asked what else they could be doing to raise awareness of sleep disorders as a serious medical issue. The Swedish team had previously live-tweeted a kidney surgery, so we were familiar with live-streaming technology and thought it would be a great opportunity to engage online with people who have sleep issues. Our expectations going in to the event were quickly blown out of the water within the first thirty minutes of the event. Prior to the event, Mashable wrote about the #SleepUp and it was also posted on a popular Chinese news site, which led several thousand non-US visitors to participate as well. That was an added bonus, but we also were able to communicate with and address the concerns about sleep issues from a large group of local and regional visitors online who were our main target audience.

I know you’re working with your CEO, Rod Hochman, MD, to get him up-to-speed on Twitter as a tool to engage and communicate with patients and other key audiences in real-time. We’re talking about a CEO–and a physician. He probably doesn’t have a lot of free time. What’s your approach? How are you “selling” him on the value of using Twitter to accomplish your communications goals?

You’re right – he doesn’t have a lot of free time! But sometimes the busiest people are the most interesting to follow on Twitter. We started by teaching him about Twitter 101 – how to post pictures, tweets, and reply to people. I installed the Twitter application on his iPhone to help him tweet on the go. He’s always meeting with our stellar employee groups or meeting with other leaders in the community – so it was a no-brainer to encourage him to be active online. We didn’t have to “sell” to him though – he understands and encourages our team to use social media to “connect the dots” and knows it is another channel to communicate with Swedish audiences. He’s a phenomenal individual and a great leader in health care, and I’m excited that he is using social media to maximize his ability to connect with our audiences. (If you want to follow him and interact on Twitter, his handle is @RodHochmanMD.)

In August, once again, you live-streamed an attempt by a number of organ transplant physicians at Swedish to summit  Mt. Rainier. The group took with them a “social backpack” designed to help raise awareness for organ donation. First, what’s a “social backpack”? Second, how did this idea come about? Third, what were the results? 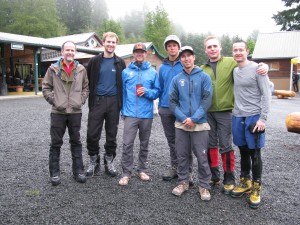 A “social backpack” is a solar-powered backpack that had all the gear necessary to live-stream and socially share the experience up on the mountain. The backpack included a video camera, microphones, laptop, and a satellite phone. Again, for this live-stream experience, our organ transplant program team came to us about the climb (which was attempted to raise awareness for organ donation), and asked us how we could help get the word out and to encourage more people in the community to become organ donors and/or have conversations with your family members about your wishes regarding organ donation. We developed a ‘Twibbon’ campaign so people could visibly show their support of organ donation. Within 24 hours, we had 350 people visit the Twibbon page and learn about becoming an organ donor; more than 140 people supported the campaign; 100+ tweeted about the Twibbon, 17 people commented on Facebook. It became the largest US-based organ Twibbon campaign within a few hours. And, it brought several key stakeholders together to have a key conversation about organ donation in the greater Seattle community.

One of the key opportunities I think hospitals and clinics have is to use social channels to “humanize” the brand a bit as a way to connect with patients online. After all, health care is an industry based on people, right? Given that, I LOVE what you’re doing with the recent Eating In Public blog–a personal look into your head chef’s fight to lose weight. Talk a little about why you chose this approach and how it helps the Swedish brand.

This is one of my favorite social projects at Swedish to date – for a number of reasons. First, Eric is our executive chef at Swedish and has struggled with weight loss his entire life. He was already planning to do something about it by participating in the Swedish Weight Loss Services program. We were in discussions with the Weight Loss Services (WLS) team about social media and online engagement, when with Eric’s permission they introduced us. After meeting with Eric once, I was so inspired by his story and his renewed commitment to making changes in his lifestyle. I really wanted him to vlog because while there is valuable information to be conveyed, it’s powerful hearing it in his own, unscripted, and passionate words. If you watch any of his videos, you’ll understand. As you noted, it gives a personal face to Swedish & the weight loss process. (I’m also really proud because after some training sessions with the camera, microphone, and WordPress, Eric has really owned and driven this vlog. Swedish doesn’t edit or influence the content in any way, and we never expected to; but I’m thrilled that he has really embraced the social publishing aspect of this project and incorporated it into his own weight loss experience. He’s done a great job responding to comments on the site, too!)

I know you’re still relatively new to the job, but when we spoke at BlogWorld last week, you seemed extremely happy about your role at Swedish. What is it about your job you love so much?

“Extremely happy” might be an understatement! I love everything about my job. I used to say that I wouldn’t want to work for a hospital, because my previous interactions and observations of hospitals left much to be desired in terms of organizational culture. My perspective has completely changed. I am passionate about using communications to make a difference in health care, and I believe that I have the opportunity to do so here. At Swedish, I have the unique opportunity to coach and work with individuals from our CEO, to our VP of external affairs, to members on our communication team, to physicians, to nurses, to other employees, about engaging online in digital and social spaces. It is an empowering and exciting place to work at, and I get to be a part of an organization making a difference in health care every day.

Finally, I noticed you organized a flash mob on June 1 to celebrate 100 years of Swedish. With more than 35,000 views, I would think you’ve deemed that experiment a success. How did you convince all those folks that a “flash mob” (how many even knew what that was?) would be a good idea? And, video views be damned, how did you plan to measure success for a tactic like that?

I wasn’t at Swedish yet when they did the flash mob, but I am so impressed with the implementation! This year, Swedish has been celebrating our 100th anniversary. Instead of throwing ourselves parties, we’ve focused on giving back to the community and supporting and improving the health of the community. However, we did want to have a traditional “100th” staff photo. My boss, Melissa Tizon, and our media relations manager, Ed Boyle, wanted to get the picture in the paper. But, they knew that a picture alone wasn’t necessarily news-worthy. So, they decided to organize the flash mob to break out as the 100th photo was taken. They invited media to come down and watch the flash mob and take their own pictures – and it landed on the front page of the Seattle Times! That placement was success – and the 37,000+ video views is icing on the Swedish birthday cake. 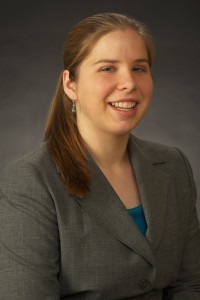 Dana Lewis is the Interactive Marketing Specialist at Swedish Medical Center in Seattle, Wash. She is also the creator and moderator of #hcsm, a weekly Twitter chat on healthcare communications and social media. She co-organizes Social Health, the successful international health ‘unconference’ and serves on the advisory board for South by Southwest’s health track and the Mayo Clinic’s Center for Social Media. She is actively involved on local and national levels with the American Diabetes Association. Dana, a 2010 graduate of the University of Alabama, was named to USA Today’s All-USA College Academic Team in June 2010. She received the 2009 Best Non-profit Microblogging Award from the Society for New Communications Research Excellence.