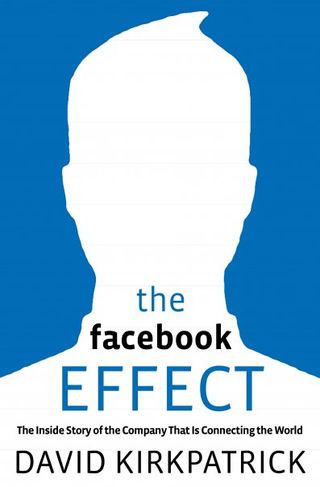 I want to take a little different tack with my review of The Facebook Effect. While I thoroughly enjoyed the book (much different and more in-depth than the movie, The Social Network–which I also loved), I thought a number of the quotes in the book illustrated for me nicely some important lessons and insights we can all apply to our professional lives:

* “Facebook is coming up against a crucial civic and legal national security infrastructure. the identity system is a building block of our civil liberties. Sure, creating social graphs can be a new way of authenticating people. But, should Facebook own it? And have no restrictions over it? Facebook is trying to control a very fundamental resource and right.” – John Clippinger, author of A Crowd of One: The Future of Individual Identity.

* “For most people there are plateaus and milestones you hit and it allows you to sit back and celebrate and feel a sense of accomplishment. That doesn’t really exist for Mark.” – Anonymous executive. LESSON: Always keep pushing.

* “A squirrel dying in front of your house may be more relevant than your interests right now than people dying in Africa.” – Mark Zuckerberg

* “When there’s more openness, with everyone being able to express their opinion very quickly, more of the economy starts to operate like a gift economy. It puts the onus on companies and organizations to e more good, more trustworthy.” – Mark Zuckerberg

* “Facebook has the opportunity that Google only wishes it had–the ability to build a credible position for the largest brand advertisers.” – Alan Gould, Nielsen IAG.

* “We’ve made a lot of mistakes building this feature, but we’ve made even more with how we’ve handled them. WE simply did a bad job with this release and I apologize for it.” – Mark Zuckerberg after the Beacon debut.

* “We’re a technology company. MySpace is a media company, and they view their job as owning and distributing conten.” – Mark Zuckerberg

* “We don’t force ourselves to answer the question how we’re going to make money off this right now so long as it’s strengthening our market position. We’ll figure that out later.” – Mark Zuckerberg

* “Understanding people is not a waste of time.” – Mark Zuckerberg

* “I conluded in that first lunch that the key to Mark is that he is a psychologist.” – Chris Ma, Washington Post Co.

* “He was like ‘My life plan basically is I’ll prototype a bunch of these apps and then like try and get people to run them for me.'” – Dustin Moskovitz about Mark Zuckerberg

* “He had these doubts. He liked the idea of thefacebook, and he was willing to pursue it doggedly, tenaciously, to the end. But, like the best empire builders, he was both very determined and very skeptical. It’s like Andy Grove says, ‘only the paranoid survive.'” – Sean Parker