Are we going about influencer outreach all wrong?

Last week, I had a brainstorm with a new client about influencer outreach.

As we mapped out our approach, we considered folks who might be “influencers” in the niche we were targeting (for purposes of this post, let’s just assume we’re talking about the music industry).

What media are talking about music? 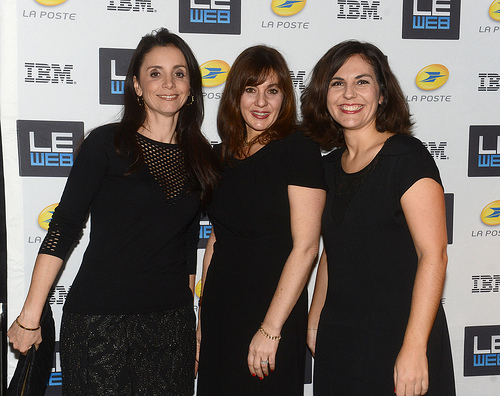 The basic, run-of-the-mill-type questions (by the way, these women up top here? I have no idea who they are. But, don’t they just look like influencers!).

Then, we stopped and thought: Wait, why are we limiting this to just “music influencers?” After all, just because you don’t have a blog or work in the media, doesn’t mean you’re not an “influencer” of behavior in a certain sector.

So, we widened our search and started thinking about people who were socially active, but also that had shown a solid interest in music. And, those who interacted often with our target audience.

Then we thought–why does it have to be an “A-list” influencer? What about “B-list” influencers (i.e., everyday people)? What about the next level down? Don’t those people still have influence? Just because they have 2,000 Instagram followers instead of 50,000 doesn’t mean they’re not influencing purchase behavior.

And, who’s to say the person with 50,000 followers is influencing the people you want (as a brand) and in the states/country you want (remember these follower counts don’t discriminate)?

We started thinking about approaching those regular people who talked about music from time to time.

Sure, we’ll still go after some of those media and blogger-types. But, maybe not as many.

Maybe we’ll go after these everyday influencers instead?

Why does this make sense? Think about it.

* The everyday influencers aren’t getting pitched as much–if at all. A thoughtful pitch will go a LONG ways.

* Their influence might be even more genuine and lead to more lasting brand relationships.

* Since they’re not getting pitched as often, and not doing hundreds of sponsored posts each month, people may actually trust them! (have you SEEN a lifestyle blogger’s blog lately?)

Makes too much sense, right?