Are “best workplace” lists really worth the time for PR folks?

Each year, you start to see the lists in the spring. Best places to work. Top workplaces. You know the lists.

If you work in corporate communications (as I did for many years), you know this whole process starts much earlier in the year.

Should we submit? Is it worth the time? Which lists do we want to be involved with? It all takes time and effort, of course. 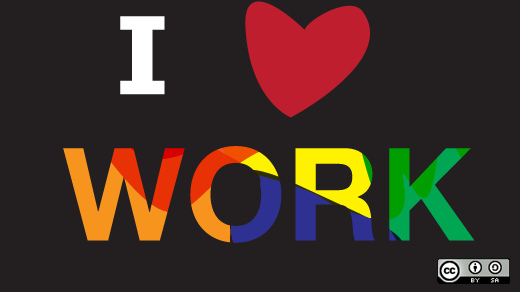 But my question today: Is it all worth it?

Let’s start by looking at the lists themselves. Here in the Twin Cities, we have three “best places to work”-type lists:

* Publicized heavily in the hard copy and online versions of the Star Tribune (1.3 million readers each week; more than 7 million unique visitors each month)

So, by my count that’s 255 companies that have been honored this year, in some shape or form, as a “top workplace” in Minnesota. I know there are tens of thousands of employers across the state of Minnesota, but with so many of these awards now, and with the publications doling out so many honors, doesn’t that lessen the honor just a bit?

Now, I know a big part of this is the ability to say “we’re a top workplace”–on your web site, in recruiting materials, on Facebook, etc. And, that is a nice flag to plant in the ground.

But, I still have concerns. I’m just not sure these lists are worth the effort.

If’ I’m running a corporate communications/PR team, I’m taking a closer look at the following issues/questions before making the decision to jump head-first into these award submission processes:

You’ve heard the phrase, “people don’t leave companies, they leave bosses”, right? That’s the phrase I think of when I see these awards. I think people are much more drawn to companies because of the people they work for–and with. Not because company X has a yoga program on site. Or, because company Y has a wellness committee that recently committed to putting stairmasters in the break room. Those are great perks–no question. But I don’t think they’re what attract the big-time talent your company is most likely after.

Isn’t it more of an employee morale-boosting strategy, anyway?

I know for most, these awards are probably equal part recruiting and employee-morale strategies. But, for me, it’s always seems like more of an existing employee play than a plan to attract new ones. I worked in the accounting industry for years and competition for talent was–and is–fierce. Many of our competitors were on these “top workplaces” lists (as were we a few years). So, if we’re all on the darn lists, how is it a competitive advantage for any of us in the recruiting process? Now, I don’t know the definitive answer to that question. But my guess is, it wasn’t. But, I do know those awards always played very well internally. They were a point of pride. And to me, that was almost worth it alone. But, it was never the primary driver behind WHY we went after the awards. It’s all about expectations…

If I were currently looking for a full-time job (and I’m not, just to be clear), the first thing I would do before interviewing with company X or company Y is to turn to my friends and colleagues who have experience with these firms and ask them first-hand: “What’s it like over there?” Word-of-mouth still trumps awards like this in the talent search process. Now, you could make an argument that Workplace honors like this figure in, and could be the X factor in a final decision. But, I would still argue good, old-fashioned word-of-mouth still beats it 9 times out of 10. My philosophy: Focus on running a business that prides itself on caring and treating its employees with respect, and doing great work, and you’ll be just fine–and you won’t need any awards to set yourself apart from the competition.

Let your work–and your employees–speak for themselves

I don’t think I’ve tried to hide the fact that I’m a big fan of Jorg Pierach and the team over at Fast Horse. Here’s a firm that’s consistently ahead of the curve (recently, the launch of Modern Midwest serves as the latest proof), treats its employees the right way (still one of the few agencies that employs what they call “hot desking” effectively), and continues to win big, national accounts against much larger, international agencies (recently winning the Newcastle business was a huge coup). Now, Fast Horse has been on some of these “best places to work” lists before–but I would argue, they don’t need to be. Their work–and their people–speak for themselves. They continue to recruit outstanding talent–year after year. That’s no accident folks. That word-of-mouth I talked about above is rock solid. And it shows in their recruiting efforts. It’s counter-intuitive for us, as PR folks, to say “we don’t want to talk about how great we are”, but sometimes it’s just best to let the damn work (and in this case, culture) speak for itself.

What about you? What do you think of the “Best Places to Work” lists? Do you think they’re really effective at driving awareness and aiding recruiting efforts in the marketplace?