Home Blog Other 8 realizations while unplugging for a week

8 realizations while unplugging for a week

I took last week off. OK, that’s a lie. I worked all of Tuesday, some of last Saturday and Sunday and some of this past Sunday on the plane home. But, that’s kinda like an entire week off for me at this point in my life. Plus, work rarely shuts off when you’re running your own business. In fact, it really never does. Not complaining–I signed up for this 😉 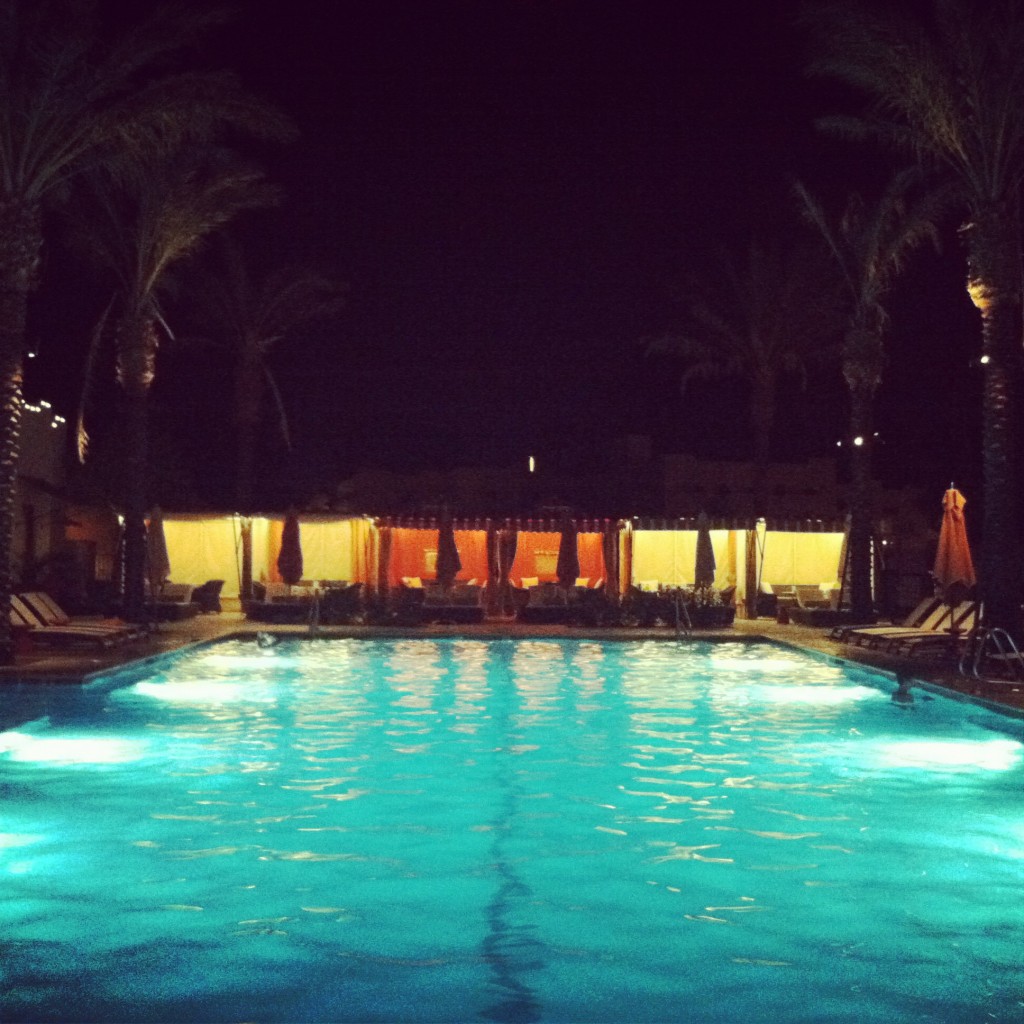 During that “week off” I had a series of epiphanies. Some relatively major, and some more minor. Very few relating to the world of marketing and PR though. So, this isn’t my typical kind of post. Regardless, I thought I’d share those epiphanies below.

All kids need is a damn pool

We took our kids to the Wigwam Resort in Phoenix for five days last week. Wonderful resort (see below). But, we purposefully didn’t have much planned. We planned, in fact, on lying by the pool for five days. And, as it turned out, that’s all our kids needed. They would have played in that damn pool for 12 straight hours if we would have let them. In fact, I think at one point my daughter jumped into the pool about 258 straight times without stopping. It was that fun. 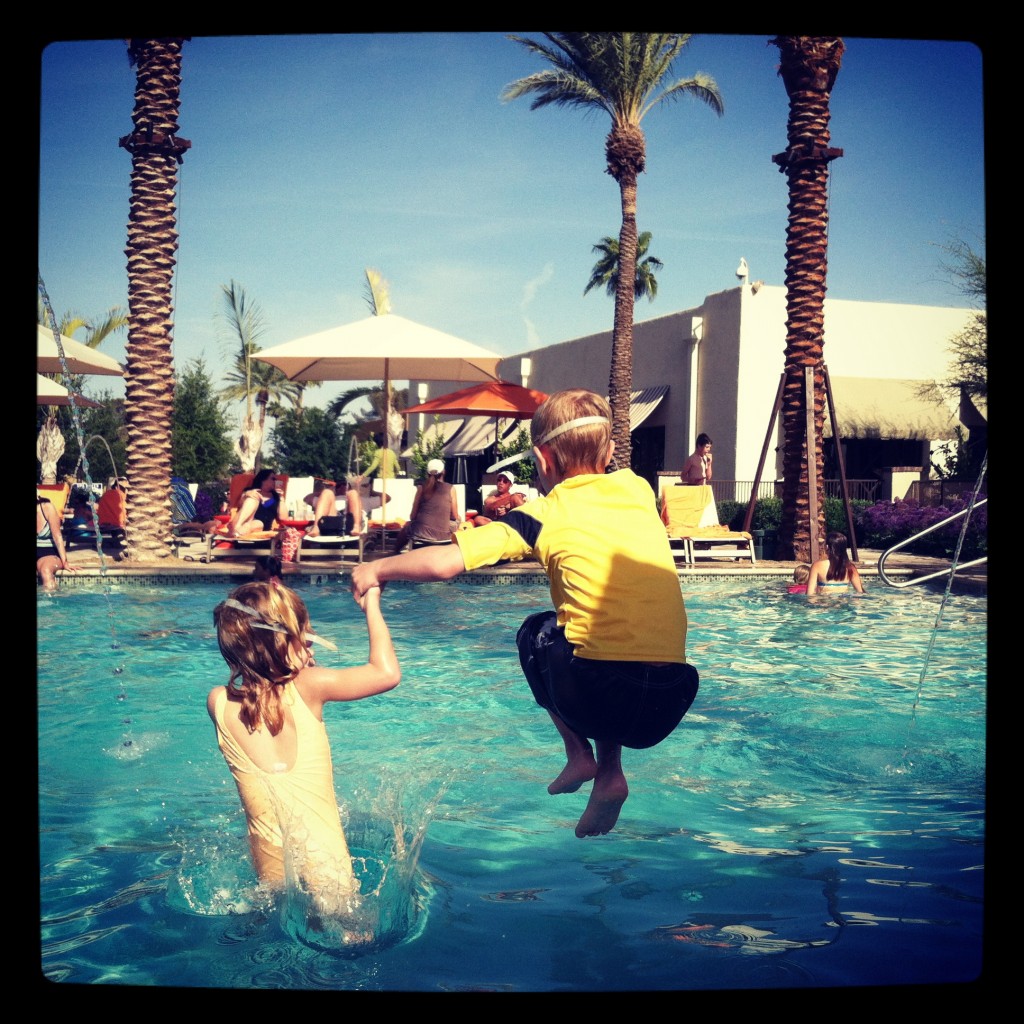 A nice resort does matter (and always go old school)

Like I said, we stayed at the Wigwam, which is an old (it’s on the Historic Registry) hotel way out in the stix in Phoenix. That’s both the advantage and disadvantage of this hotel. Advantage in that it’s far away enough so it’s a bit off the beaten-path, but a disadvantage in that it’s a bit off the beaten path so there are few food options that don’t include the name “Applebees” or “Chilis” in them. All in all, we LOVED the Wigwam. Great pool area (with waterslides). Great outdoor bar area where we ate breakfast outside every morning. Great fire pits, bags and bocce areas which the kids loved. And, what looked to be a spectacular series of golf courses, even though sadly, I didn’t get to play a single one (don’t kill me Jeff Shelman).

I wouldn’t live in PHX, but I would definitely consider ATL

Hadn’t been to Phoenix in probably almost 20 years, and a lot had changed. Mostly, it was just a lot bigger. But, I still don’t like PHX. It’s just not for me. I’ve never really liked the desert–probably why I don’t dig Vegas all that much either. There’s just something about trees that I really need. Which is why I really did like (again) Atlanta. I know it’s in “the south” and obviously for a northerner like me, that would take some getting used to. But, I really think I could like ATL. The heat wouldn’t bother me in the summer (not as much as the cold does here). And, I kinda like the whole southern charm thing. Plus, ATL is close to a LOT of cities–Chattanooga, Charlotte, Savannah, most of Florida. It’s the hub of the south. I think I could do ATL.

I hate the suburbs

I said above the Wigwam was in the PHX suburbs. And, it reminded me why I really dislike the suburbs. Outside of the resort, the PHX suburbs have zero charm. They have zero non-chain food options (well, not zero, but you can count them on one hand). And, they all just kinda look the same. Obviously, I’m in the minority here since there are plenty of people who want to live in suburban neighborhoods like the ones we saw (and I fully acknowledge they have advantages). It’s just not for me.

It was really a double-vacation week for me. Monday I scored a single day ticket to the most glorious event of the spring: The Masters. My brother and I head down to Augusta for a single day–after all, I had to be back for the Phoenix trip early Wed. So, we flew out Sun. afternoon and drove to a hotel in eastern Atlanta to stay for the night. We then woke up at 5 am and high-tailed it to Augusta so we could be there close to when the gates opened at 8 a.m. (it was about a 2 hour drive). We soaked in as much “Augusta-ness” as we could for 8 hours (we actually saw Martin Kaymer’s skipper hole-in-one on 16 LIVE!). Then, we got back in our car, drove 2.5 hours back to Atlanta, returned our rental car, got back on a plane and headed home. Roughly 14 hours of travel from tip-to-toe for 8 hours at Augusta. So totally worth it. 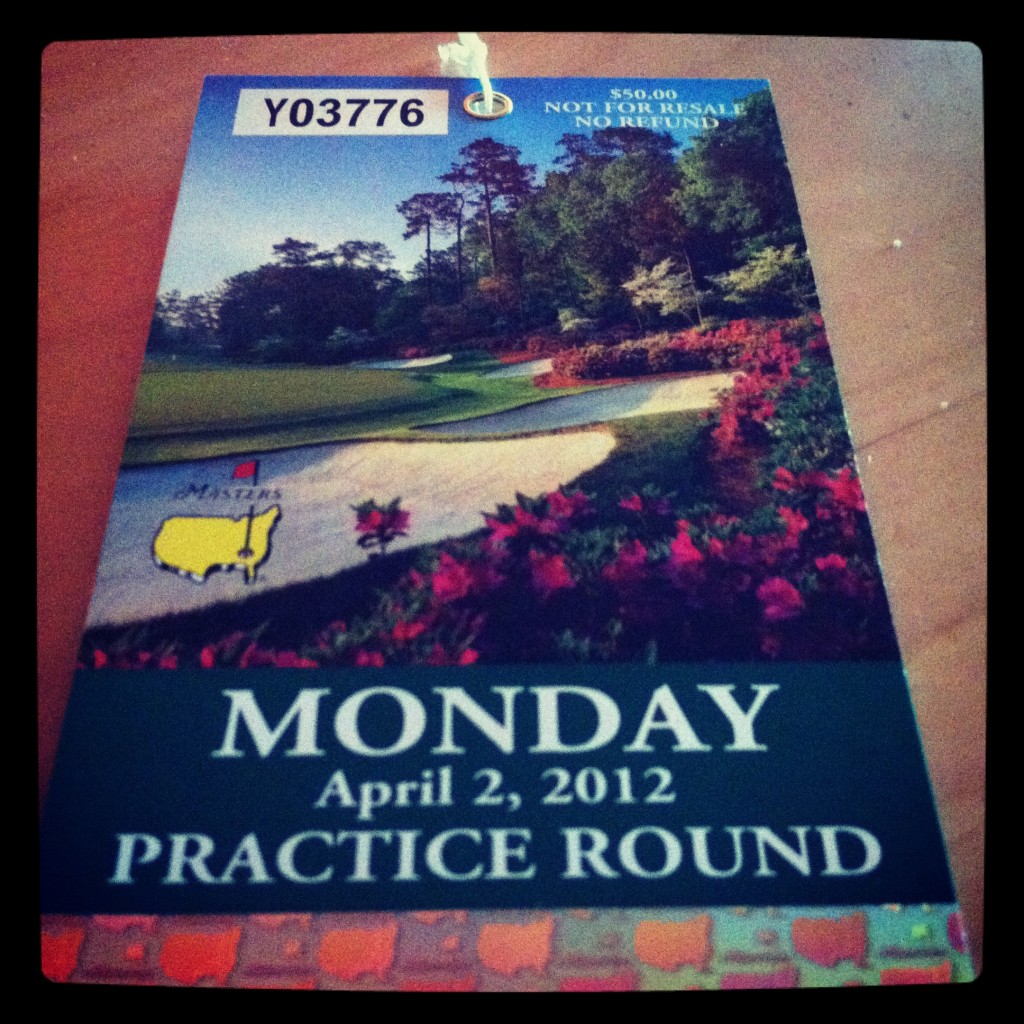 40-year-old guys in leather vests should NOT karaoke any Lady Gaga song under any circumstances. Period. Double period.

Yes, this happened. Yes, the guy was wearing a leather vest. And yes, he did sing a Lady Gaga song (Poker Face). I repeat: A guy with a leather vest karaoked “Poker Face” at an upscale resort in PHX. I had to ask 4 people if it was really happening as he was singing. Yep, it was real.

Dear airlines: It really wouldn’t take too much

I can’t complain about our air transport on this trip. We were actually early to our destination on all three flights. But, as with most flights, I left a little unfulfilled. Not entirely sure why, but I’ll say this. After listening to folks on the plane, it just wouldn’t take much for airlines to make a lasting impression on customers these days. I mean, just a few “surprise and delight” type tactics would go a LONG ways. Look at what Southwest does. We flew Frontier back, and on the second leg we had one of their newer planes. TVs in the seats. Cool. Only problem was they shut off after about a 20 minute trial period. Now, I get the airlines have to make money, but why not “surprise and delight” 1-2 lucky passengers by offering them free TV for the trip. Wouldn’t that make the trip fun? They also brought out cookies–but, why not go the extra step and bring out HOT cookies. I know I’m being nit-picky, but these little “customer experience” points go a long ways with folks.