7 connectors who transformed my career

Last week, I was down in Winona again speaking at my alma mater. It’s a tradition of sorts for me, as I go down once a semester to speak with students.

After my day was complete, and I was driving back to the Twin Cities, I started thinking about how I got reconnected to my Winona State family.

It began with one person–Shelli Lissick–making a connection. Shelli is a college friend who’s a partner over at Bellmont Partners these days. Years ago, she sent a note to Dr. Tom Grier, professor in the Mass Communications Dept. at WSU recommending he have me in to speak to his class. 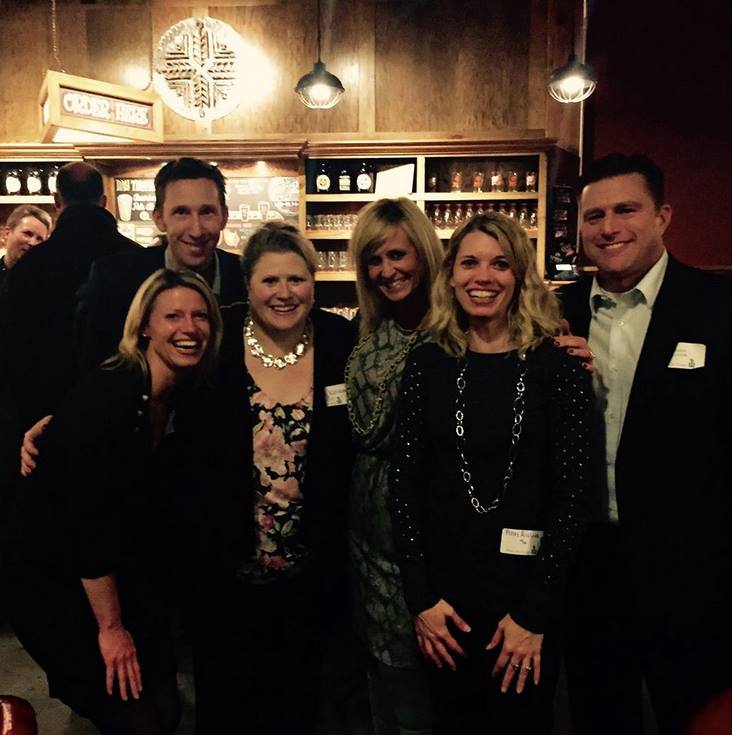 That led to an invite to speak, which led to multiple invites to speak (twice a year now). Since I was going to Winona to speak to one class, I my as well speak to a few classes, right? That led to me speaking at classes led by Dr. Muriel Scott, another professor in the Mass Communications Dept. that I’ve enjoyed getting to know.

Then, one time during my visit, I mentioned to Dr. Grier that I’d be interested in sitting on boards. Next thing you know, I’m joining the Winona St. Alumni Board (which also had a lot to do with my friend Debbie Block).

So, that one connection made by my friend Shelli led to:

* A great relationship with a professor I’ve gotten to know quite well over the years.

* A new relationship with a new professor.

* And, a spot on the Alumni Board, which has already led to a whole host of new relationships.

So, I got to thinking: What other people–or, connectors–have changed my career trajectory through their introductions and efforts? I’d like to publicly thank these people as they’ve made a HUGE difference in my life, and in my career progression. 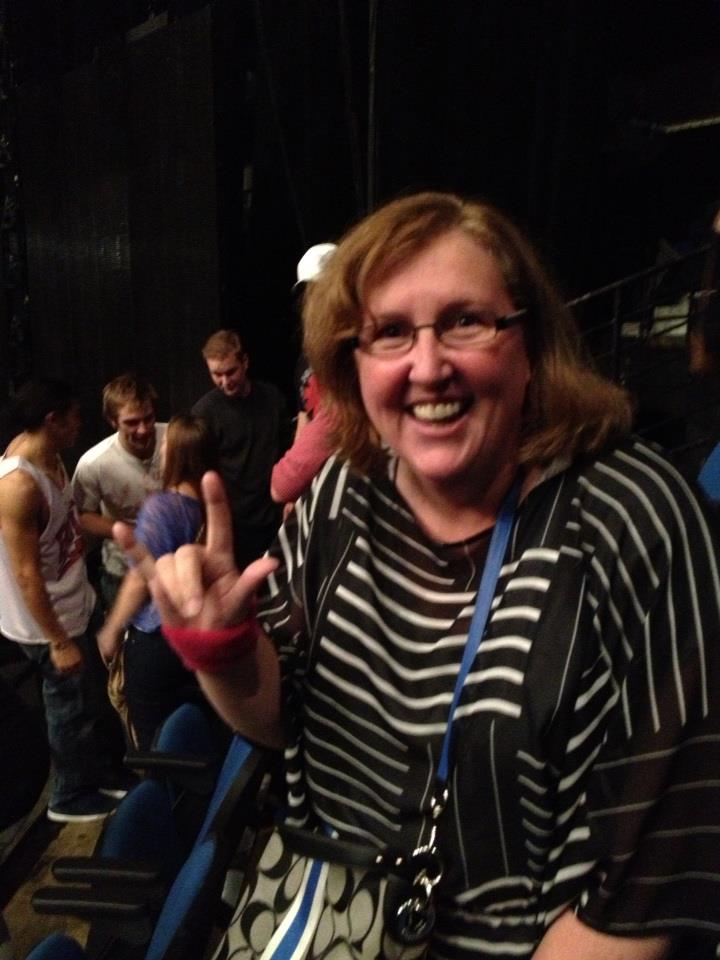 Candee is probably the sole reason I became more involved in PRSA years ago. I distinctly remember getting a phone call from her asking me to head up a committee. That’s all it took. One call, and I was hooked. I headed up that committee. Got my APR. Joined the board. And, from that came an entire legion of people I’ve met that have become clients, referral sources, and most importantly, good friends. 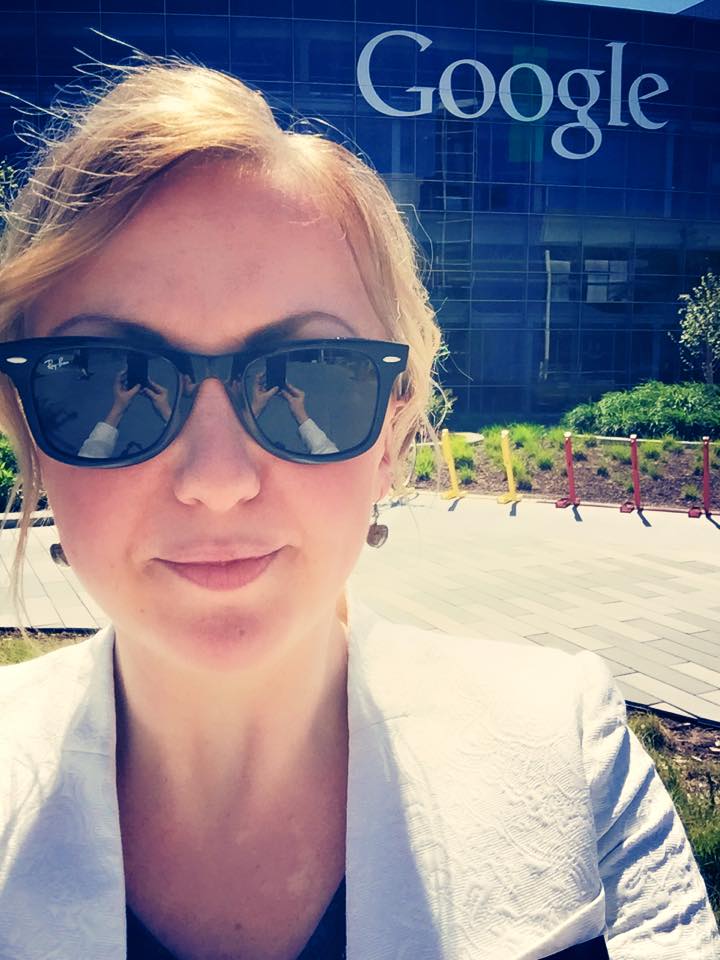 Much like I have Candee to thank for my involvement in PRSA, Lindsi’s to thank (or blame 🙂 for my involvement with MIMA. And so far, that one introduction has led to: 1) Cultivating a whole new marketing committee made up of some very smart people including Jamie Kvamme, Lyndsey Danberry, Andrew Tewksbury, Alex Masica, Kait Cox, David Jungers, Whitney Johnson, Andy Whisney, Lindsey Heffern and Erica Hanna. Some of which I knew before, but many of which I did not; 2) Getting to know fellow KU rube, Jamie Plesser much better, which probably never happens if we’re not on the board together; and 3) Doing exactly what Lindsi did with me and inviting Holly Spaeth, Bryan Vincent, Brad Spychalski and LeeAnn Fahl to the board (some of my very favorite people). Again, one introduction paved the way for all that to happen. 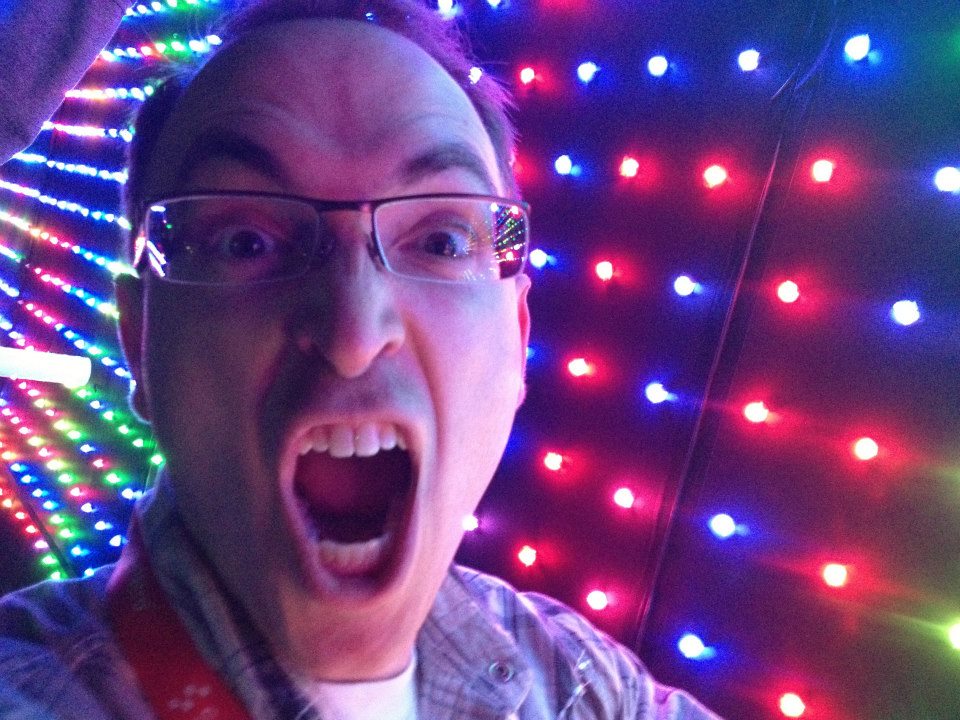 This one’s a bit tougher to nail down. You see, I can’t draw a lot of direct lines with Greg like I can with Candee and Lindsi above. ButI believe in stuff like “cosmic forces” and I think they are likely at play when it comes to Mr. Swan. Since meeting Greg years ago, we’ve spoken at conferences together, attended conferences together, and I’ve even asked him to speak at events I’ve organized. I’ve also been camping with him and his kids. Again, can’t pinpoint any direct relationships as a result of knowing Greg, but I’m pretty sure connections have been made just by Greg mentioning my name from time to time. 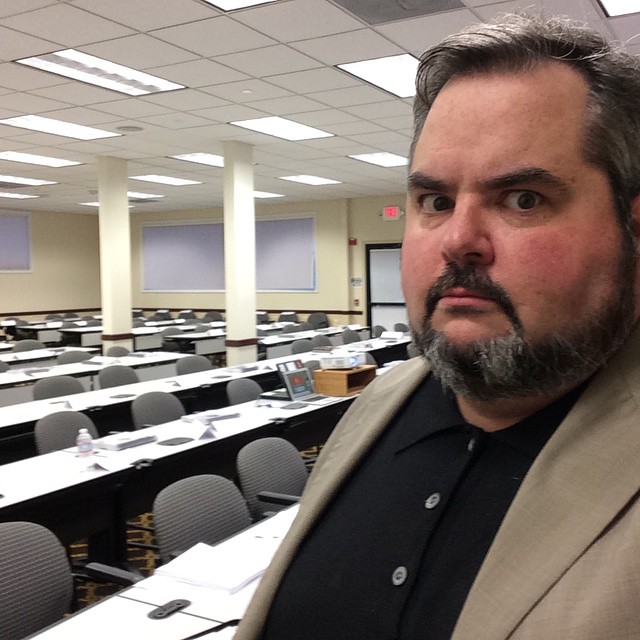 About six years ago now, I remember first reaching out to Jason Falls. At the time, he was helping coordinate the social media business track at BlogWorld, one of the bigger social media conferences at the time. I wanted to attend, but didn’t have the “wherewithal” (for multiple reasons). I asked Jason is I could help, and, if in return, BlogWorld would take care of my expenses. He said yes! That led to me taking the reins from Jason the following year and organizing the track with friend, Chuck Hemann (which allowed me to get to know Chuck a bit better). It also allowed me to meet a number of incredible people at BlogWorld during that three-year stretch including: Todd Defren, Valeria Maltoni, Dennis Yu, Jay Baer and Maggie Fox, just to name a few. One phone call turned into a wealth of new introductions. 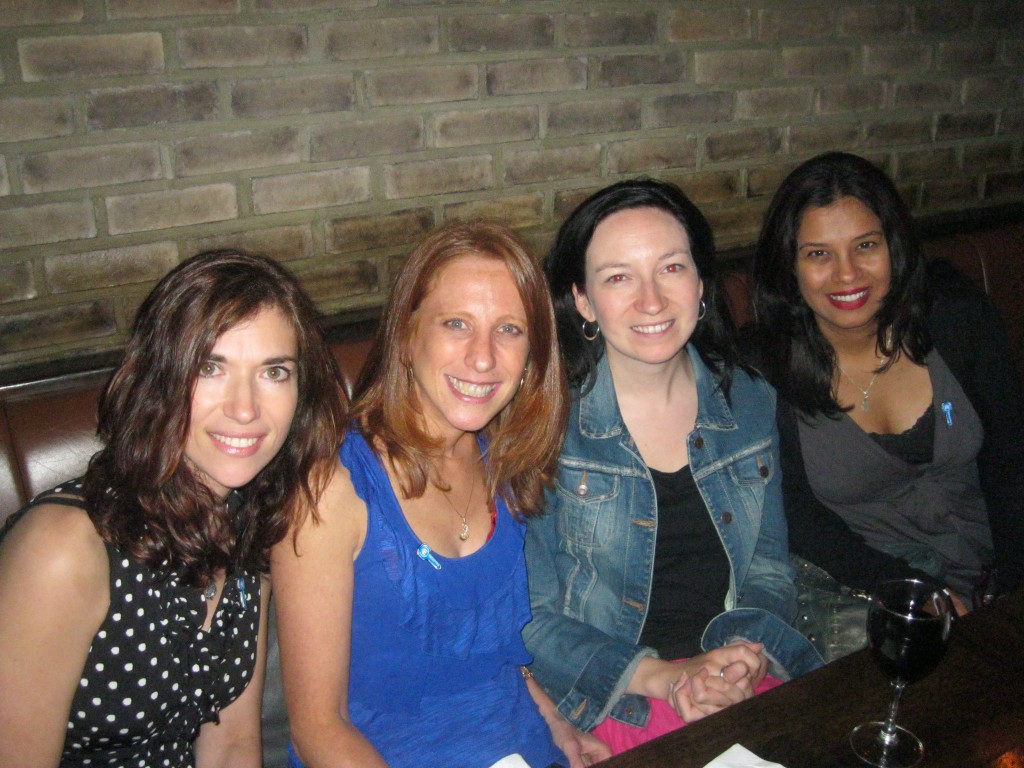 Years ago, Valerie and I came up with this crazy idea called #happo. The idea: To help people find jobs, connect with others and learn more about the PR industry (keep in mind, 5-6 years ago, the job market was not nearly what it is today). It was a big success, thanks to our HAPPO champions across the country–people like Heather Whaling, Shonali Burke, Nikki Little, Jen Wilbur, Mike Schaffer and Justin Goldsborough. And that right there was it–through Valerie I got to meet some incredible PR people. Some of them I already knew, sure. But, she was the catalyst to introducing me to a number of uber-smart people (Deidre Breakenridge, for one). She also became a client late last year. So, there’s that, too. 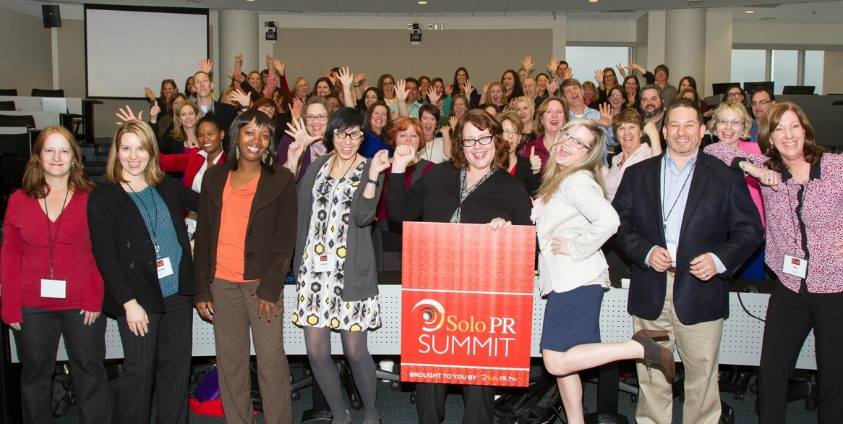 I first met KC during the early days of Twitter (2008-2009), but we became fast friends. Fast forward a few years, and Kellye asked me to speak at her first-ever Solo PR Conference in ATL. That required little persuading, as I was planning to attend anyway. She then invited me to speak the following year. I again accepted. And again this year, I’ll be making my way to Orlando to speak at the Solo PR event within a larger PRSA conference in Florida. Without those invites, I don’t meet people like Kevin Dugan, Greg Brooks, Karen Swim, Mary Barber and Jodi Echakowitz–all of whom have been wonderful mentors and partners throughout the years. 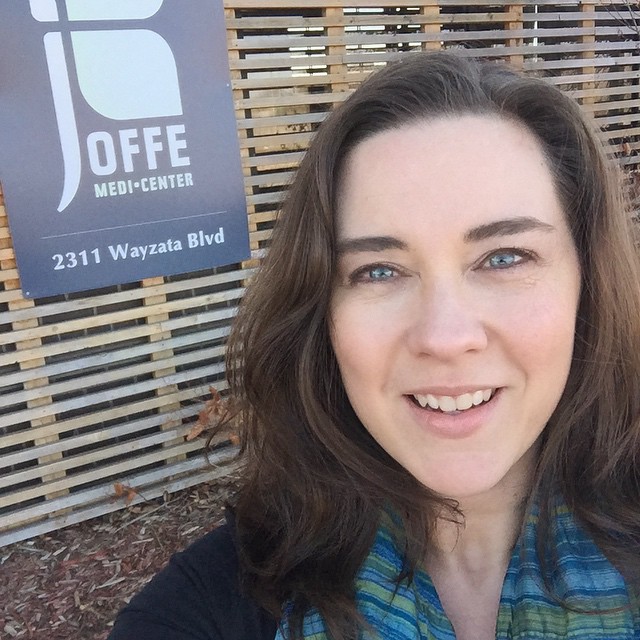 I can’t recall how or when I first met Missy Berggren. But, I recall talking about exploring the possibility of a blogger conference sometime in 2010. In 2011, we launched the first-ever Minnesota Blogger Conference, which we passed along to Mykl Roventine and Jen Jamar just this past year. Those three years organizing the conference with Missy were tremendous. Besides being a ton of fun to work with, working with Missy introduced me to a wealth of bloggers across the state. People I probably would not have met had I not organized the event with Missy. A couple years later, Missy also introduced me to a bunch of folks at Allina Health, where she was working at the time. That led to some nice project work with Allina for a while. However, the introductions and connections Missy provided and made over the years were far more important than any client project.

There you go–seven connectors who made a substantial difference in my career.

What about you–who hare your connectors? Those people who have altered the trajectory of your career?