Ask anyone around the U.S. about the top creative communities and markets like San Francisco, New York and Chicago pop up quickly.

Even markets like Austin, Seattle and Atlanta seem to work their way on that list from time to time.

But Minneapolis/St. Paul isn’t mentioned as much.

In fact, many people on the coasts continue to refer to the Twin Cities as “fly-over country.” You think I’m kidding? My wife has told me stories of people from the East Coast she met during her time at the University of Illinois who literally did not even know where Minnesota was on a map! (I wish I WAS kidding about that!) 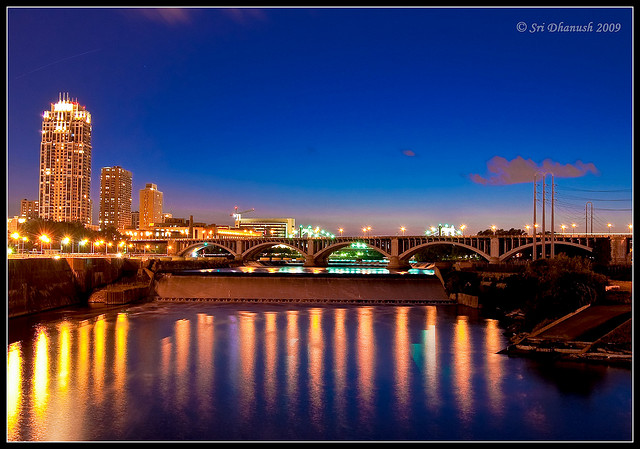 But, those days are numbered my friends. It’s high time the rest of the country recognizes what us in Minneapolis/St. Paul have known for quite some time–this is a damn good place to work and live if you’re in the creative field.

Keep in mind, when I say “creative field” I’m including: advertising, interactive marketing, design, public relations and other disciplines that fall within those broader buckets. I’m not just talking about advertising types.

What basis do I have for this claim? I’ll give you 6:

Sure, we’ve had agencies and companies that have won awards every year. This year, PadillaCRT, Spong and Exponent took home multiple Silver Anvils–the de facto award in the PR industry. But, our agencies also win the BIG awards. The ones the East/West Coast agencies are fighting for. Namely, the Cannes Awards. Fast Horse and Fallon both took home Cannes this year, proving that we can hardly be ignored.

The MIMA Summit may be the best event most outside of Minnesota haven’t heard of. Ask anyone who’s attended the last number of years. We get world-class speakers (Nate Silver keynoted last year’s event; Guy Kawasaki the year before that). The event attracts more than 1,000 attendees. And, it’s widely regarded as one of the best interactive marketing events in the country. Don’t believe me? Ask former speakers Chuck Hemann, Tom Martin and Adam Kmiec.

And I’m just talking about the talent I know on the PR side. And talent at all levels. Agency owners like Lisa Hannum, Paul Maccabee and Patrick Strother. Senior-level leaders like Matt Kucharski, Greg Swan and Nicki Gibbs. Younger folks like Laura Fitzpatrick, Allison O’Keefe and Sara Keeney. And again, THAT’S JUST THE PR SIDE. I know you’d see similar names on the ad, design and interactive shops around town.

And, we ATTRACT top-flight talent

People like Bruce Eric Anderson, director of external communications and social media at Honeywell moved to Minnesota from Chicago (and before that Austin). Or, what about Katie Miller who spent time in NYC before moving back to Minnesota (she’s now over at OLSON). We’re consistently attracting this kind of talent. Sure, people move away from Minnesota for warmer climes. But, increasingly, people are moving TO Minnesota because of our creative community.

We have top-tier agencies

You want big, corporate shops, have those: Weber Shandwick, Carmichael Lynch Spong, Fallon. You want more local, nimble shops, we have those, too: Beehive PR, Mono and Bolin. We also have agencies who are doing world-class work: See Fast Horse, PadillaCRT, Spong and Fallon. I’d almost put our agency talent up against virtually any market in the U.S. (save maybe NYC and SFO).

Oh, we also have 19 Fortune 500 companies in Minnesota

Best Buy. Target. General Mills. 3M. Medtronic. The list goes on. In total, we have 19 Fortune 500 clients across Minnesota. Surprised, aren’t you? Don’t be. What most people don’t realize is that Minnesota is a darn good place to live (9 months of the year). We have lakes. We have yards. We bike. We ski. We play golf. In sum, it’s a great place to live and raise kids. And that’s attractive to people who live in more expensive markets where raising kids isn’t so affordable.

So Minnesotans, what did I miss? Help me add to this list and show everyone across the country what we already know!