In early May I finally got access to LinkedIn’s new publishing tool. You can read all about it here.

Essentially, LinkedIn has given us all the opportunity to create blog posts on LinkedIn. Smart move.

And recently, I’ve been seeing more activity from friends and colleagues.

So, in mid-May I decided to give it a whirl. 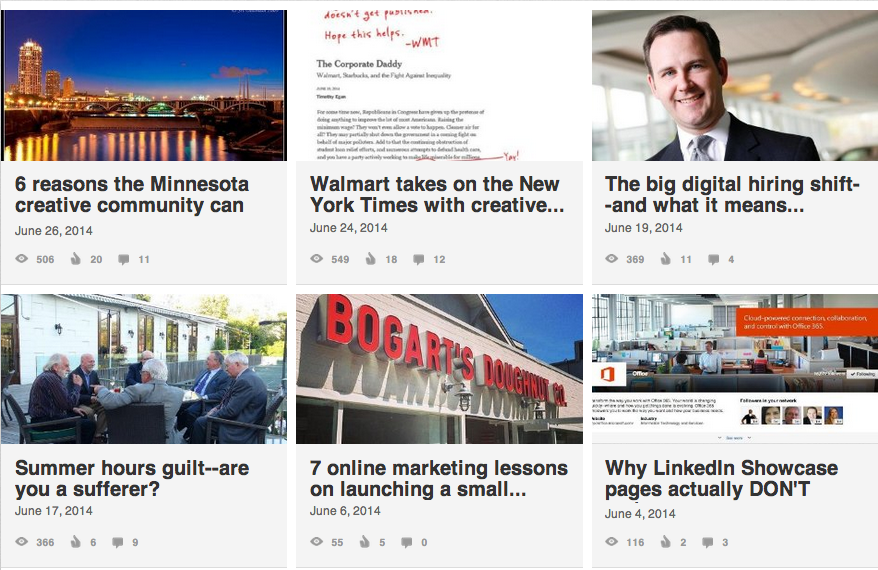 But, the decision was this: Repurpose existing content I’m already writing for my blog, or create new content specifically for LinkedIn.

The former seemed like a no-brainer. After all, I already create a lot of content for my blog (2-3 posts per week, with no outside support). I don’t have a lot of extra time to create MORE content.

I had heard “experts” talk about how creating unique content for LinkedIn was a MUST. And the more I heard it, the more I thought I was right about repurposing. No one would care. I’m simply syndicating my content on another platform–same thing I’ve done on LinkedIn for years, just in a different format.

So, I decided to repurpose my posts.

So far, the results have been mixed from a few different standpoints. Here’s six initial takes after a month of posting on LinkedIn:

You’re essentially starting over with traffic

My blog gets between 15,000-20,000 uniques per month. But none of that matters on LinkedIn. You’re essentially starting from scratch. Not a big deal, but for those with blogs it’s a consideration. Here’s my first post on LinkedIn–as you can see, just 125 impressions, 3 likes and 0 comments. 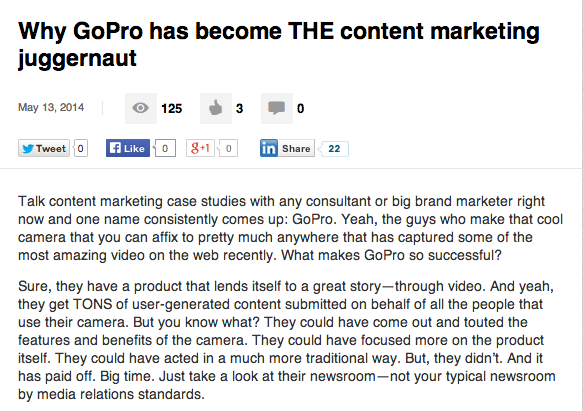 All that time on LinkedIn should pay off

I don’t have insight into the algorithm LinkedIn is using to share our content. But, I’m going to guess that your connection count makes a difference. At the very least, your direct connections should see your post. So, the guy who’s posting with 100 connections isn’t going to see the same kind of initial traffic as the woman who has 1,500 connections. All that work building up a solid network over the years should pay dividends here–and I believe it has for me out of the gate.

Richard Branson (or any number of other LinkedIn Influencers) you are not. So, don’t expect Richard Branson-like numbers. Heck, don’t expect too much of anything at first. Again, you’re starting from scratch. Just start writing and see what resonates with readers. But, do expect results over time as perseverance will pay off. Case in point: My first five posts averaged 145 impressions, 2 likes and 1 comment. My LAST five posts have averaged 369 impressions, 12 likes and 7 comments. And that’s after just one month.

Getting featured on Pulse makes a HUGE difference

Pulse is LinkedIn’s reader platform. And, as an author on LinkedIn, getting your posts features there makes a HUGE difference. Case in point. Of my 14 posts so far, my average impression count is 251–excluding one post. A post I wrote about Fallon’s Arby’s ad May 28. That post had a whopping 11,855 impressions. And it was all due to it being featured on Pulse. I remember I posted in the morning that day and had a couple hundred impressions by the noon hour. I ran to a couple meetings in the afternoon–when I returned, the post had some 8,000 impressions and climbing. I quickly discovered it was on the Pulse home page and was getting traffic from all over LinkedIn. As far as I can tell, there’s no way to game this right now–LinkedIn is just surfacing content it believes is compelling. 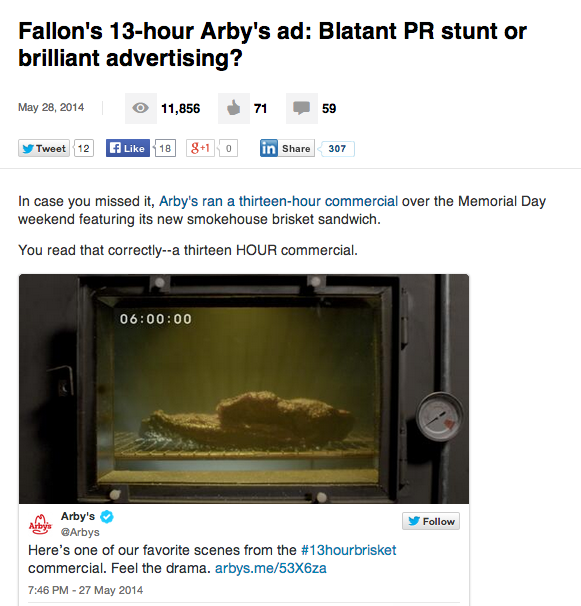 Take advantage of your comments as reconnection points

Here’s the great part about this content being on LinkedIn–real people with real names and faces are commenting on it! And, most likely, many of those people you will either know or be one person removed from. So, take advantage of that! Here’s what I’ve been doing to date (in spots–but I plan to do more of this going forward): Using the comments as an excuse to direct messages folks on LinkedIn and ask them: 1) To coffee, if it makes sense, 2) How their job is going–and if/what I can do to help. Remember, LinkedIn isn’t Twitter or Facebook–there’s FAR LESS attention for time here. That said, some people don’t check their LinkedIn messages as often as others, but I would argue the lack of competition for time here far outweighs that drawback. 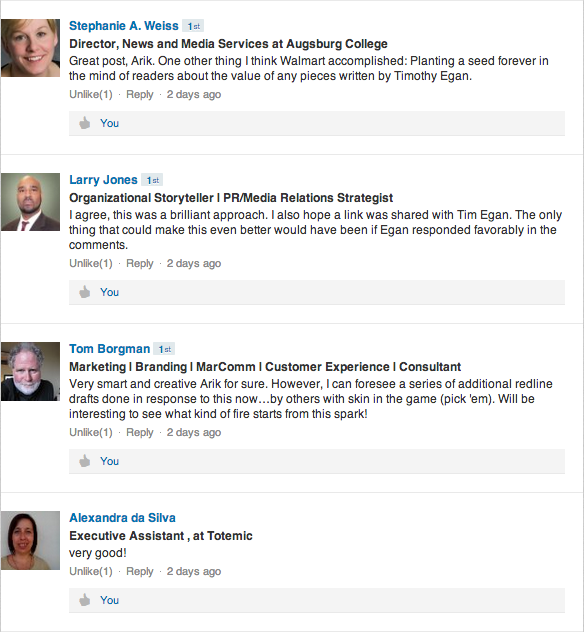 Remember those experts? Turns out it’s not a big deal. Now, I’m not saying original content won’t work–certainly it will. But I am saying repurposing your blog content is no big deal at all. It’s all about reaching your audience where they live. In this case, I’m noticing many more people using LinkedIn as their de facto reader system during the day. So, it makes sense to syndicate my content there in a way that makes sense. The one caveat here: I don’t repurpose EVERY post–just the ones that make sense for LinkedIn. For example, I will repurpose any case study post, but going forward I may not post a post that highlights a new social media tool.