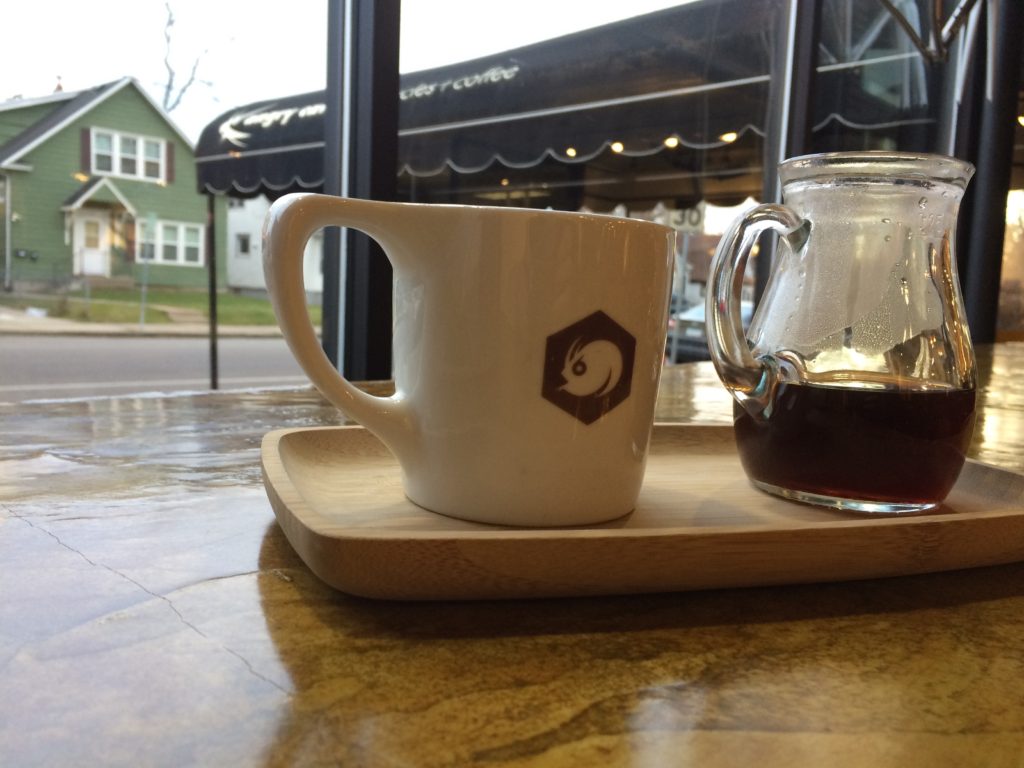 Over the course of any year, I have coffee with a lot of people. I do it for a lot of reasons. 1) To get out of the house! Being a solo can get lonely! 2) To cultivate new business connections, 3) To meet new people to feature on this blog, or on the Talking Points Podcast, 4) To identify new people to join one of the two mastermind groups I manage.

As I look back at 2018, I had 50-plus coffee meetings with all sorts of people. I met new people. Checked in with long-time friends. And, asked for introductions from people I already knew. Admittedly, there are a number of people I am probably forgetting on the list below–if that’s the case, I apologize in advance (I’m going by my calendar, and I know I had a number of coffees that didn’t make it on that calendar).

I’m thankful for each and every one of these coffee meet-ups–I truly took something away from every one of them. And now I’m looking forward to meeting a bunch of new people in 2019! Here’s the list of folks I met up with for coffee this past year. If you’re on this list–thanks again! If not, maybe we’ll be drinking a cup of coffee together in 2019!

Jessica Rogers, Polaris (thanks to Holly Jo Spaeth for making the connection!)

Tara Olson Medina, Aveda (thanks for the thank you card and the wonderful Aveda products!)

Bruce Moorehouse, University of St. Thomas (thanks for the introduction, Aaron Zaslofsky)

Lynn Melling, Karwoski Courage (thanks for the introduction, Kim Insley!)

Brian Bellmont, Bellmont Partners (thanks for all the great advice you gave me this year!)

Meredith Weir, Abbott (thanks for the introduction, Susan Eich!)

Erica Webb-Belzer, Verde Technologies (thanks for the introduction, Christina Milanowski!)

Alyssa Greve, Cambria (featured on the Talking Points blog back in April)

Kendall Bird, Collegis (featured on the Talking Points blog as part of the PR Rock Star series in April)

Emily Negrin, G&S Business Communications (featured on the Talking Points blog as part of the PR Rock Star series in May)

Melissa Neill, Be The Match

Heidi McGuire, Ingersoll Rand (featured on the Talking Points blog as part of the PR Rock Star series in February)