4 PR lessons I learned from Saved By the Bell 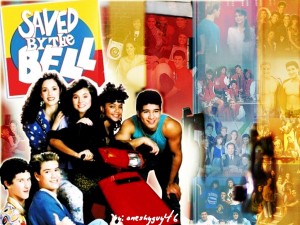 It’s so retro to love Saved By The Bell these days. But, I was one of the true watchers and fans back in the 90s. I spent WAY too much of my college career soaking in Tiffani Amber-Thiessen and Lark Voorhies.

The show was admittedly very campy, but it did tackle tough issues from time to time. Remember the episode where Jessie took the speed to stay up all night so she could study? Or, what about the episode where Zack made the fake IDs to impress a girl? OK, so maybe that’s not a completely serious issue, but the show did have some teeth, right? OK, fine, maybe not.

But, I think the show did teach us something else: A number of PR lessons.

Not quite. But, you can glean a number of important lessons from the show. Bear with me for a moment:

Persistence doesn’t always pay off. Over the course of their high school careers, how many times did Screech proposition Lisa? The number is probably north of 500. How many times did Lisa say yes? Probably a similar number, right? But, darn it, Screech never gave up. He looked for new angles. Tried different approaches. But, unfortunately, in the end, Screech did not end up with Lisa. The lessons? Persistence doesn’t always pay off. In PR, that means badgering a reporter won’t necessarily get you the placement. In many instances, you need to work smarter–not harder.

When everyone is zigging, try zagging. Remember some of Screech’s outfits on the show? Borderline outrageous right? But what Screech realized far before most of us is that when everyone is zigging, you should be zagging. That is, when your competitors are telling the same story and lauding the same benefits over and over, you should try a different tack. Don’t be afraid to go a different direction in your blog posts–even if it’s not a wildly popular opinion. Or, on your Facebook page, take a stand on a critical industry issue. You might be surprised where all this “zagging” leads you.

Success is never as easy as it seems. Think back to the episode where Jesse took the speed pills so she could stay up all night studying. Jesse was that kid in school that got straight As. The kid that seemed to get it all so easily. The kid that was going to an Ivy League school–on a scholarship. But, as it turns out, life didn’t come so easy to Jessie Spanno. Turns out, she had to work just as hard (if not harder) than everyone else to keep up those grades. And, that’s the key lesson. Those people that appear to be KILLING it and winning by leaps and bounds? Chances are, it’s not easy. They’re probably putting in 80 hour weeks to start. On top of that they probably don’t see their family as much as they would like. And, there’s no question that they are absolutely working their tails off. So the next time it appears that someone is “making it look easy”, don’t assume that’s not coming without a pretty heavy cost.

Regular communication is key to productive relationships. Did it ever seem odd to you that Zack was in Mr. Belding’s office virtually every day? Or, that he came to class to talk to Zach at least once an episode? Sure, Zack was the class clown, and it was all well-deserved, but was Mr. Belding just riding Zack, or was it part of his genius plan to build a stronger relationship with Zack in hopes of helping him realize his full potential? OK, that might be taking it a bit far, but you see what I’m getting at. Constant and regular communication is the key to any productive relationship. Think about the client/agency relationship. If you don’t have open lines of communication–and regular meetings–things can go haywire quickly. Think about what the lines of communication look like between: You and your team, you and the agency that assists you, and you and your boss. Make sure you are honest, forthright and punctual. And, that you always respond in a timely manner.

What about you? Learn anything from Zack, Slater and Jessie back in the early 90s?