As the “Big Game” approaches this weekend, there’s one thing I always like to check.

No, not the money line.

My favorites from this year’s crop include:

“Will Knoshown Moreno cry during the National Anthem?”

“Will Michael Crabtree mention Richard Sherman in a tweet during the game?” (God I hope not)

“Will the power go out in the stadium during the game?” (LOL Super Bowl) 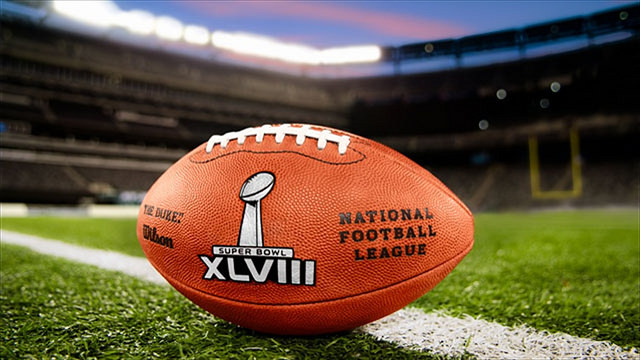 So, let’s get this going right now! Let’s have some fun with this. Here’s my line-up of 15 Real-Time Marketing prop bets. If you care to wager, please email me at arik@arikhanson. I am NOT kidding!

3–Number of “clever” tweets clearly written by advertising firm copywriters: Over/Under: Too many to count

4–Number of times the #beatspills (this is a real thing) tweet about Richard Sherman during the game: Over/Under 23

Looks like the Beats fam did well at the #GRAMMYs. The #BeatsPills are impressed! Congrats to all the winners. pic.twitter.com/aGRVJ4LMVd

5–Number of tweets by Carmax forcing the #SlowClap hash tag upon us: Over/Under 13

7–Number of tweets by brands simply announcing the score: Over/Under: 8 (yes, I am predicting this will happen)

8–Number of brands who won’t be able to resist the chance to blantantly push their products in a tweet while trying their best to be relevant to viewers of the Big Game: Over/Under: 34

9–How many Vines will Dunkin Donuts post during the “Big Game?” Over/Under–16

The lights are going out on the last regular season game in San Francisco, and our players will miss the ol… https://t.co/LzRx7a9WPk

10–Number of hash tags used that will exceed 20 characters: Over/Under–15

11–Number of times brands will reference the cold/snow/wind chill in an attempt to “connect with consumers”: Over/Under–23

12–How many times will SEGA use the hash tag #beastmode to promote the release of its newest re-claimed video game: Altered Beast 2: The Return? Over/Under: 7

16–How many times will M&Ms (Mars) use the #whathappenedtopeanut hash tag (#buriedinsnow?) during the Big Game? Over/Under: 12

17–Will Bose attempt to pick a Twitter fight (hello publicity stunt) with Beats in the pre-game as Richard Sherman parades around Met Life Stadium with his Beats headphones on? Money line: 220/150

18–Number of tweets Toro will send during the game offering to help clean off Met Life Stadium (in the event it’s snowing during the game): Over/Under: 9

19–How many brands will tweet the following: “RT if you’re excited to watch the Big Game tonight!” in a lame attempt to gain RTs: Over/Under: 34

20–Number of times Hydrox Cookies will tweet at Oreo during the Big Game, continuing to claim that it was, in fact, the first creme-filled chocolate cookie: Over/Under: 21

21–Number of times Arbys will ask Bruno Mars when it can have it’s hat back (after Bruno Mars steals Pharrell’s hat and wears it during his live halftime show performance): Over/Under–7