17 amateur and brand Instagrammers worth following 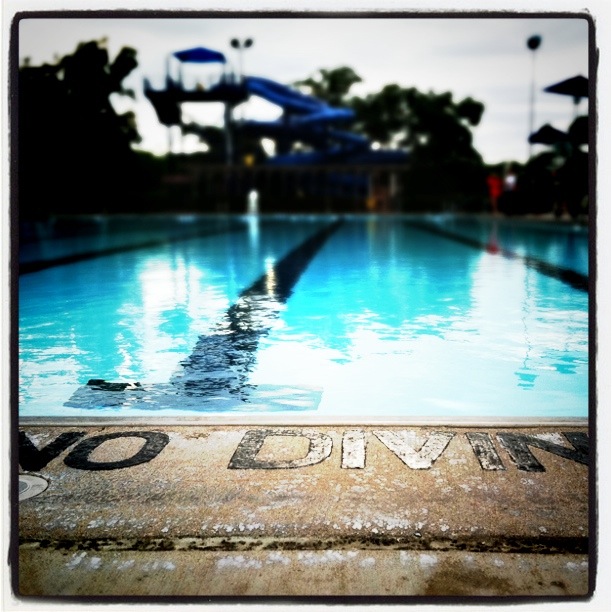 Lists of people to follow on Twitter have become cliche. They’re everywhere. They were great a few years ago when you were really trying to figure out who to follow. Today? Those posts get washed out in the sea of noise (and this coming from a huge list guy).

But my new social addiction–Instagram? That’s a completely different story.

Instagram is still relatively new. And, it’s strictly made up of iPhone users (for now). So, the community is still pretty small, relative to other networks (and I love that).

But, there aren’t a lot (read: any) of lists on “who to follow.” And, there’s not a lot of ways to figure that out–yet. Instagram does have a few tools within the app to do that–with the “suggested users” being the best example. But it doesn’t give you any rhyme of reason around WHY you should follow these folks. Are they similar to me? Do we have similar connections?

So, I thought I’d give you my thoughts on a few folks–and brands–to follow on Instagram (note: By virtue of what I do and the world I live in many of these folks tend to work in the PR, marketing or digital world, not surprisingly). I’d love to hear your adds in the comments (so I can add to my list!):

Lee Odden (leeodden)–If you don’t get a chance to travel the world like me, you can live vicariously through Lee who’s shared some incredible shots from his travels (just shared a great pic from his Hong Kong trip yesterday). Everywhere from Portland to New Zealand.

Sarah Evans (sarahevans)–What I appreciate most about Sarah, as with most things she does online, is her creative nature. Check out the photo of her dog using some funky filters in this post.

Allan Schoenberg (allanschoenberg)–Allan’s a former Chicagoan who picked up his family and moved to London earlier this year. Now, I feel like I’m living vicariously through my friend as he posts great shots throughout the day of landmarks, museums, pubs and more. And, if that’s not enough, there’s always the #shoeny pics 😉

Edward Boches (edwardboches)–Note: If you’re not a cyclist or Cape Cod fan, you might not want to follow Edward. Many of his pics revolve around this topic and locale. But, I can vouch. They’re fantastic.

Gerardo Obieta (g_obieta)–A designer for PR shop Weber Shandwick (and local MSP guy), Gerardo has a great eye for photography. But, he’s most well known in IG circles for his paper toy set-ups and pics. His pics frequently inspire hundreds of likes and comments (and he shows up in the “Popular” tab from time to time).

Becky Johns (beckyjohns)–Another PR pro with a great photography eye. Becky actually is a photog by trade (or at least a really solid hobby). She’s also now a Chicagoan, so you’ll get your fair share of pics from the downtown scene.

Kevin Dugan (prblog)–What I like most about Kevin and his pics is you can’t peg him as just sharing one type of photo. He takes photos of powerlines, clouds, signs and water towers. Talk about eclectic taste.

Stephen Larkin (slarkin)–Managing director at Mullen, Stephen shares some great shots from Pittsburgh including many landscape and cityscape shots. Love his eye.

Mik Kus (mikekus)–One of my favorite “amateur” IGers from Bath, UK (also he seems to be a talented designer). Predominantly uses a sepia or black-and-white filter that I absolutely love. But, it’s the way he frames shots that really gets my attention. A must-follow for any new IGer (and with 97,000-plus followers, I’m not the only one that feels that way).

Rick Stillwell (rickcaffeinated)–With just under 1,000 pics, you’re going to get a steady diet of Rick in your stream. But, it’s all good stuff. Love the filters Rick uses and unlike other IGers, Rick gives you a variety of shots ranging from landscapes to city shots to the celebrated #cloudporn hash tagged shots.

NASA (nasagoddard, 16,000+ followers)–Some of the most incredible shots I’ve seen have been shared by NASA on IG. Shots from space, shots of the last shuttle launch. Really a must-follow no matter what your interests.

Starbucks (starbucks, 53,000+ followers)–With 53,000-plus followers, one of the larger brands on IG (not surprisingly). The account tweets a lot of pics from its corporate office in Seattle-from that vantage, it’s a nice look inside the company (recently sharing pics from around the campus). And, from time to time they’ll even share the rare deal IG that motivates you to rush out and buy that double-whip non-fat super-soy latte.

Ben & Jerrys (benandjerrys, 1,200+ followers)–To date, mostly shots of B&Js road shows and the events they support (recently Phish Superball IX). But, I’m holding out for the day when they share a IG-only coupon I can redeem for my free pint of Chunky Monkey! 🙂

Red Bull (rebull, 43,000+ followers)–Red Bull shares some sweet shots from their live events. In the coming weeks, that’s going to mean tons of shots (I’m guessing) from X Games 17 in Los Angeles. Loved their shot of Jimmy Rollins hitting a baseball 463 feet in a street in Philly recently.

Today Show (todayshow, 7,000+ followers)–This account (surprisingly small so far) features great behind-the-scenes studio shots on a regular basis, plus shots from its summer concert series. An account worth following as they expand their use of the tool.

Burberry (burberry, 60,000+ followers)–The fashion brand shares a mix of pics from its corporate office in London, models who don Burberry fashions and events near the London office. Much like Starbucks, provides a glimpse into corporate life, but also shares some cool pics featuring Burberry fashions.

Threadless (threadless, 33,000+ followers)–Love how Threadless shares new products (just this week, they shared a pic featuring their new Threadless Scout Books) and designs regularly. Great way to get the huge Threadless fans what they want (new stuff). Threadless also shares a bunch of pics about life at Threadless–again, not to sound repetitive, but giving you a look inside the smaller company.

Again, what about you? If you’re a IGer, who are your recommended follows?