Home Blog Case Studies|Social media management 14 answers to the “what do I say on Twitter?” question from your CEO

14 answers to the “what do I say on Twitter?” question from your CEO

One question I continue to hear from some of my larger clients, or friends/colleagues that work with larger companies: Should my CEO be on Twitter?

Typically, it’s usually the PR/social person encouraging the CEO to start a profile on Twitter, but increasingly I’m hearing of the opposite scenario–CEOs asking the PR person if they should be using Twitter.

The answer to that question is quite complicated. 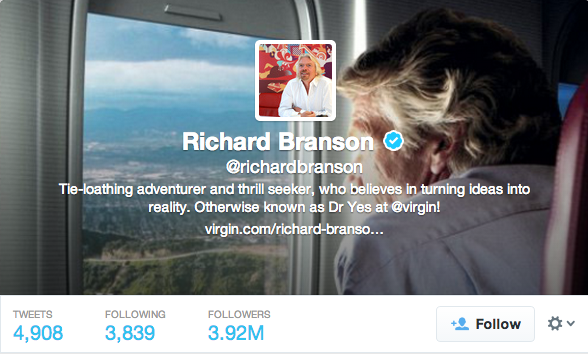 Does your CEO have the time to commit to Twitter each day?

Does it make sense strategically for the company?

Do the risks outweigh the advantages?

And, do they have enough to say?

It’s that last point I’d like to expound upon today. Because it might be the biggest of the bunch. Even if your CEO does agree to start with Twitter, the biggest challenge is usually: What do I say?

And, more importantly, what do I say that helps the company?

Not surprisingly, there aren’t a lot of CEOs on Twitter–at least not actively. Especially if you throw out tech and start-up CEOs, which really make up the bulk of them.

But, if you look hard enough, there are a few CEOs who are really using Twitter well–and not just for their personal benefit, but for the benefit of their companies, too.

Hopefully, you can benefit from my research. I found 14 content opportunities for CEOs who are considering using Twitter.

Omar Ishrak, CEO of Medtronic,  tweets earnings calls information on a quarterly basis. He’s one of the only CEOs I’ve noticed that does this. Big deal, right? But, if you think about the ramifications, it’s actually quite smart. Analysts have direct access to Mr. Ishrak–and can get a much fuller picture that way. And, maybe most importantly, employees can follow along and observe during the calls. So, it ends up being a nice two-pronged approach. 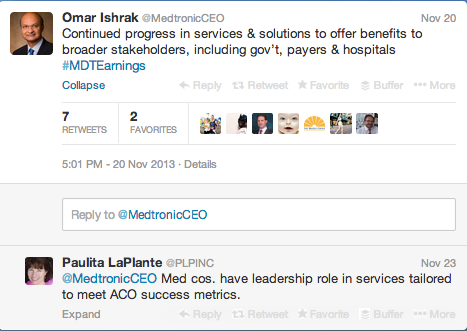 This might not seem like a big deal, but let me tell you why this is important. As someone who worked in corporate communications for years, a common refrain I heard from employees was this: I don’t hear from/see our CEO enough. Therefore, the opportunities for the CEO to publicly recognize employees was even smaller. Omar is tackling that challenge head-on here. If you work for a big company, think about how limited your interactions are with the CEO. With Twitter, Omar is breaking down those walls a bit by publicly recognizing the good work that’s going on within Medtronic.

Should your CEO serve as a customer service rep on Twitter? Hardly. But, can they respond, acknowledge and triage said customer concerns? Without question. Just look how Mr. Ishrak handles customer questions below. Granted, this was a direct question of Mr. Ishark, but you can see what he’s doing–acknowledging and triaging. Remember, a response and acknowledgment from the CEO goes a long ways…

Micky Arison, CEO of Carnival Cruise Lines, is very active on Twitter. One thing he does regularly? Simply retweeting the corporate Carnival accounts. Might seem like a no-brainer, but I’ve learned to assume nothing in this business. This is an uber-easy content opportunity for CEOs. 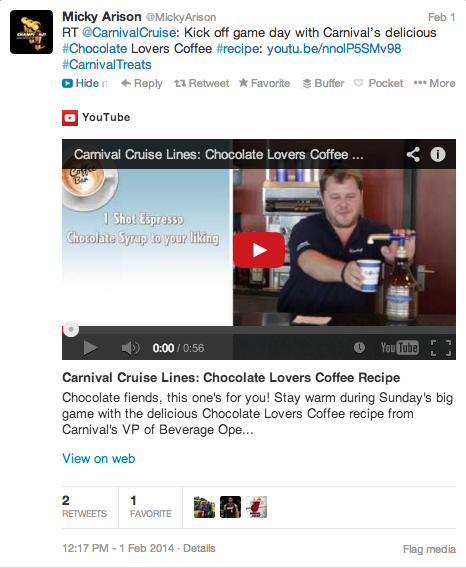 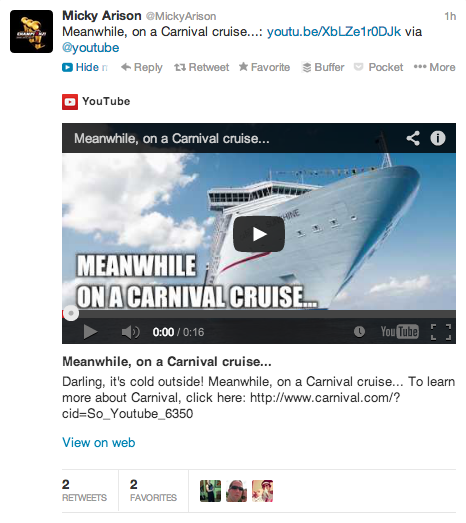 Yes, part of the idea is to help the company you are currently leading. But, it’s definitely within bounds to tweet and promote your other business interests (and CEOs do, in fact, have other business interests). In this case, Micky Arison tweets A LOT about the Miami Heat since he’s the owner. Granted, that’s a pretty big “other” business interest, but the same would hold true for other companies CEOs might invest in or be part owners. 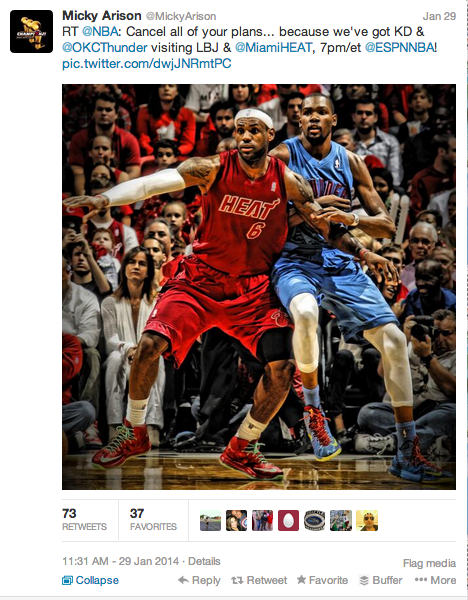 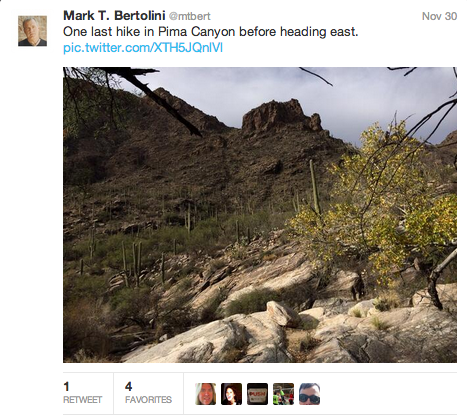 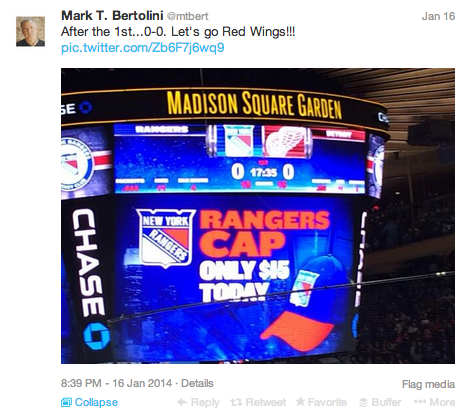 Love what American Family Insurance CEO, Jack Salzwedal, does here by retweeting a Am Fam employee’s tweet. Again, might seem logical and not that big a deal, but by retweeting an employee, Jack is: 1) Instilling confidence and pride in this particular employee (the CEO retweeted me!), and 2) Sharing relevant information with his audience. Sounds like a win-win, right? I’m also guessing he has a list/column in Tweetdeck set up where he can scan for these opportunities fairly easily. 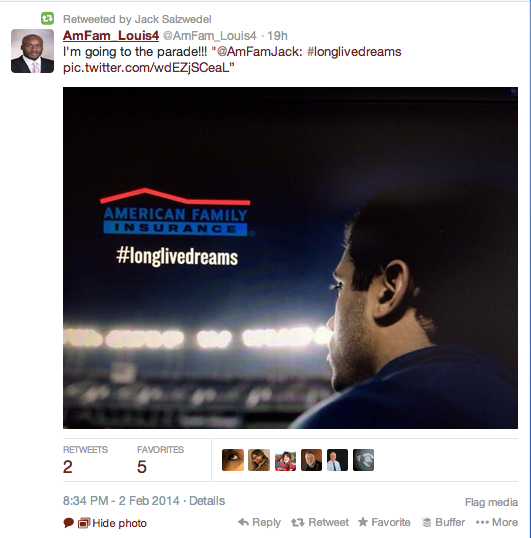 Don’t be afraid to talk about your local community

Jack really shines here. He shares perspectives on local (Madison/Wisconsin) community initiatives pretty regularly. And, he’s not bashful about sharing his opinion on where he stands on them, either. And why shouldn’t he? He’s the CEO of a major business in Madison/WI. I’m not saying your CEO should politicize issues on Twitter–but he/she should not be afraid to share their perspectives on issues that matter to them, and their companies.

Easy opportunity here for CEOs, as many attend or speak at industry conferences on a regular basis. A photo can go a long ways here, so encourage your CEO to grab a pic with their smart phone and share that with the post, too. See what Mr. Salzwedel does below. Perfect. Or, see how Burberry’s Angela Ahrednts talks about speaking at a recent event–but note how the visual would have probably helped a bit. 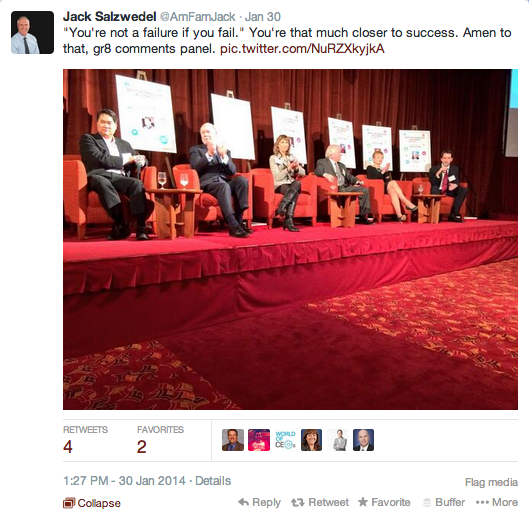 A good quote can go a long ways

Quotes have gained a lot of traction from a brand perspective on Facebook in the last couple years. But, they work awfully well on Twitter, too. And for CEOs, they provide a nice way to endorse or support people they either 1) Believe in from a leadership perspective (tweeting quotes from Nelson Mandela, for example), or 2) Know personally, in some cases (I’m thinking about CEOs who may have met former or current presidents, for example).

Don’t be afraid to promote yourself–and your company

CEOs are a confident bunch, but I have a feeling many of them probably aren’t the most self-promotional folks on the planet. After all, these people got to where they are today by hiring smart people around them and promoting those people–not themselves. But, on Twitter, it’s OK to talk about yourself and your accomplishments once in a while–as long as you don’t overdo it. In this case, Burberry’s Angela Ahrendts talks about her involvement with LinkedIn Influencers–something she has every right to be excited about. And see how Mr. Salzwedel promotes the new Am Fam commercial that ran during this year’s Super Bowl below. 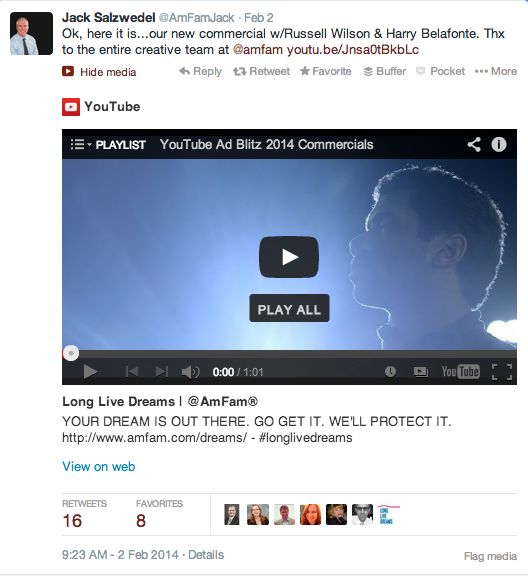 Ask yourself this: What did I find interesting in the news today?

Burberry’s Ahrendts again does a nice job here. Ask yourself this question every day: What did I find interesting in the media today? In this case, it was a commencement address by Oprah Winfrey at Harvard. It doesn’t necessarily mesh up with Burberry or its corporate goals or reputation at all–Angela just found it interesting and inspiring. I think this is a nice way to give employees, vendors, customers and other stakeholders a glimpse into your personality as a CEO–what you care about and what you find interesting. 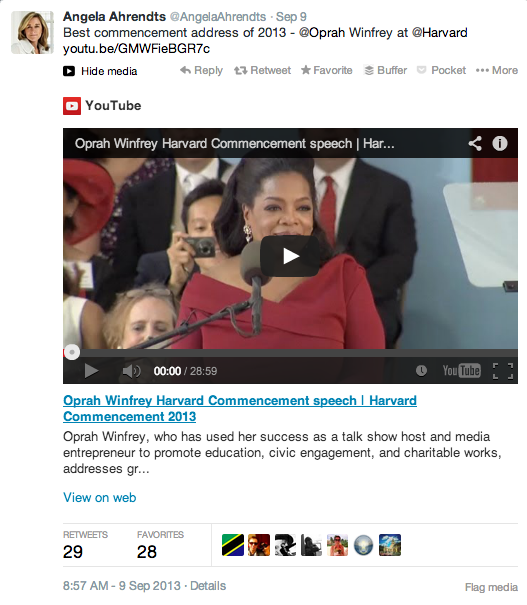 It might sound simple, but ask a question every now and then

See what ING Direct’s Peter Aceto does here? Nothing fancy, but a simple question will do wonders to engage your audience, which, if you’re a CEO, includes customers, potential customers, employees and vendors. All critical stakeholders, right? Why WOULDN’T you want to engage them? So, I might suggest maybe a question a week. Again, don’t get fancy–simple and straightforward usually works best. 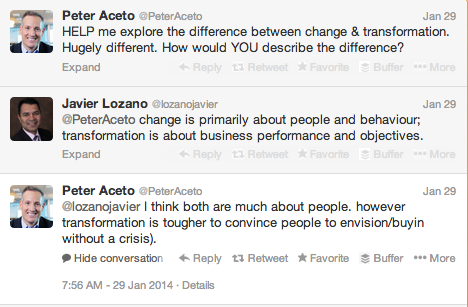 Be sure to say thank you

This isn’t really a post idea, but a simple thank you and acknowledgment can go a long ways on Twitter. Especially when you’re the CEO of a large company. You might be surprised how far that thank you might go. ING Direct’s Peter Aceto makes a habit of thanking those who feature him in blog posts and customers!