I wrote a post last Friday titled “The 7 most intriguing people in PR in 2010.” Hours after posting, a common theme began to emerge. There was a lack of female representation on the list.  The refrains were heard throughout the day and into the weekend. A few hours later, my friend Valerie Simon offered to guest post on this very topic and spurred another spirited discussion yesterday (thanks, Valerie!).

Today, I wanted to address this issue head on. I know some have said it’s a bit ridiculous, and certainly those who know me don’t need this explanation, but I’d like to share my thinking more broadly.

There were two components to my rationale. First, I’m a big fan of lists. But, as many noted in yesterday’s comments, lists by their nature, are limiting. I wanted to come up a relatively short list of people that lately, I found particularly intriguing. In the last few weeks, I have had very interesting discussions with Adam Kmiec on Twitter. And Len Kendall’s and Adam Singer’s blogs have been piquing my curiousity more and more lately. And, David Armano’s recent move to Edelman made me wonder. Shel Holtz’s recent five-year anniversary of FIR made me think about how much longer he could keep it up (probably another five years). You get the idea. They were all top of mind for me because of recent events or conversations.

Second, I’m a product of my environment. I’ve spent the better part of my 13-career working for and with women. In total, over the years I’ve had no fewer than 10 managers who were women. And, in my last two jobs previous to starting my own business, I worked in office environments with ALL women. So, in the last couple years since I’ve been engaging online, it’s been refreshing to see a number of men emerge as thought leaders and luminaries in an industry I’ve known to be completely dominated by women. It’s given me a number of male mentors to look up to and learn from. And a camaraderie I just haven’t had before–at least not to this level. Now, I completely understand senior management tends to be pretty male-dominated in our industry, but again, in my experience, I’ve really only worked for female leadership. So, while that may be the case globally, I just haven’t seen it. So yeah, maybe I tend to favor men a bit more because of my personal experiences–at least subconsciously. But, like Valerie said in her post yesterday, take a peek at my blog roll. Full of women I read every day. My Feedly account has even more blogs authored by women. Check out my tweet stream. You’ll often find me chatting with Lauren Fernandez, Valerie Simon, Heather Whaling, Jen Wilbur, and Rachel Kay among many other women.

Bottom line: Mea culpa. I definitely should have included at least a few women in my initial list. Or, maybe I should have reworded the title, as others suggested yesterday. Whatever the case, the initial list should have been more representative of who I really find intriguing in 2010.

So, to rectify that lapse in judgment, I’m adding 11 more people to the list. And, just as the initial list happened to be all men, this list just happens to be all women. It’s not a gender thing. It’s just 11 more people who I find fascinating. Want to add to the list? I’d love to hear your suggestions in the comments.

Jessica Smith. Why does she intrigue me? A few weeks ago, I asked a number of PR pros what they’d get that digital PR pro on their holiday shopping list. Know what Jessica said? A TED membership. Now *that* intrigues me. I’ll admit, I don’t know Jessica all that well, but I’m hoping to change that in 2010. And, she’s a foodie (I’m a closeted foodie), so that scores points with me. She also blogs at JessicaKnows, which isn’t your typical PR blog.

Rebecca Denison. Why does she intrigue me? One of the youngest women on this list–but also maybe the most intriguing. I mean who goes into PR because of a passion for measurement? Rebecca Denison, that’s who. I’ve also been a fan of her blog since day one. Especially the Dr. WHAW column (What I Didn’t Read While at Work). She hasn’t written one for a while, but back when she was pumping those out, I was following along with interest. And now, as part of the Edelman Digital team, she’ll have the opportunity to work with and learn from minds like David Armano and Rick Murray.

Kristina Halvorson. Why does she intrigue me? President of Brain Traffic, a content strategy firm in Minneapolis, Kristina is one of those local folks I’d love to meet in 2010. You can follow her blog on the Brain Traffic site--always some interesting reads here. But, it’s her snarky tweets that have me fascinated with this thought leader. See this post from Kristina on her first day back in the office last week. Intrigued?

Meghan Wilker Why does she intrigue me? Meghan’s another women I’m not sure you’d technically consider in PR–but I would. Yeah, she has an interactive background, but at her core, she’s a strategist. A problem solver. That’s tomorrow’s PR pro in a nutshell. Managing director over at Clockwork, Meghan caught my eye a while ago and I’ve recently gotten to know her a little better. She also blogs regularly with Nancy Lyons over at the Geeks Girls Guide. If you live in Minneapolis, you’ve undoubtedly heard of this tandem. If not, you’ve definitely seen their spiral-bound notebooks around town. Seemingly everyone has one.

Beth Harte. Why does she intrigue me? Beth Harte has intrigued me from day one. And, I’m fortunate enough to have met her and formed a friendship with her over the last year. As the community manager for MarketingProfs, I’ve followed Beth as she’s taken the MP community to a new level the last few months (she manages an active and engaged professional group on LinkedIn) And, as a former consultant, I’ve learned a lot from Beth in terms of client service, ideas and branding. You can also find Beth hosting the popular #pr20chat on Wednesday evenings at 7 p.m. And now,  you can also find her blogging regularly over at the Daily Fix.

Francine McKenna. Why does she intrigue me? I spent a sizeable portion of my career in the professional services world working for a midsized accounting firm. So, Francine caught my eye right away. One of the more prominent bloggers in the accounting world, I don’t think it’s a big stretch to say Francine has revolutionized the way the accounting industry interacts online. Her blog, re: The Auditors has a a following of some 1,300-plus people and is full of interesting, thoughtful and newsworthy posts and information. A treasure-trove for anyone working in the accounting industry (especially Big Four). Very much a pioneering blogger.

Valeria Maltoni. Why does she intrigue me? To be honest, I think Valeria intrigues most people. I once heard Jason Falls say Valeria’s Conversation Agent was the one blog he read when he wanted fresh ideas and inspiration. Valeria’s blog is an absolute gold mine for today’s PR pro. Full of interesting interviews, case studies, e-books and Valeria’s own insights, it’s a must read for me each week. She’s also an accredited professional, which holds big value for me. I haven’t yet seen Valeria present, but I’m hoping to catch her somewhere in the year ahead.

* Mary Barber. Why does she intrigue me? Many say the boomers are lagging in the digital space. Not Mary. She’s embraced the new tools–and the benefits they bring to her clients. As a PR consultant, Mary gets paid to stay one step ahead. So, it should come as no surprise to see her hanging out in #journchat and #pr20chat on a weekly basis. Plus, she brings that senior credibility to her conversations. Yes, the Millennials bring a fresh perspective. But, there’s something to be said for viewpoints and opinions that are steeped in 20-plus years of communications experience.

* Heather Whaling. Why does she intrigue me? Hmm…let me count the ways. Founded Pitch With Me, an innovative new way to package like-minded pitches collaboratively. She’s the new co-moderator of the successful (hat tip: Beth Harte) #pr20chat. Oh, and she recently quit her day job to start her own consultancy named Geben Communications. Intrigued? I am. I’ve been following Heather for a long time and have had the tremendous fortune to know her better the last few months. Expecting big things from Ms. Whaling in 2010. 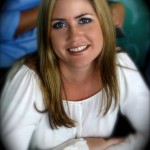 * Rachel Kay. Why does she intrigue me? Mainly, because she runs a smart shop. How do I know this? Ask the people who work for her (Natalie Keiko, for one). Ask her clients (growing list by the day). If you still don’t believe me, ask anyone who’s interacted with Rachel online. Not only that, but she has a soft spot in her heart. Always quick to give back, Rachel was one of the first ardent supporters of Danny Brown’s 12for12K effort. I’m always intrigued by people who are so thoughtful in the ways they give back.

* Dana Lewis. Why does she intrigue me? First of all, the woman hasn’t even graduated yet. Dana’s done more for social media in the health care scene than many people who work in the industry full time. So, there’s that. Dana’s a sponge. Constantly learning, asking questions and sticking close to other smart people (Mack Collier, for one). But, she’s not afraid to share her opinion. You can find her each Sunday night moderating the wildly successful #hcsm chat. Some company is going to be very lucky come May when Dana hits the open market.

Anyone else to add?